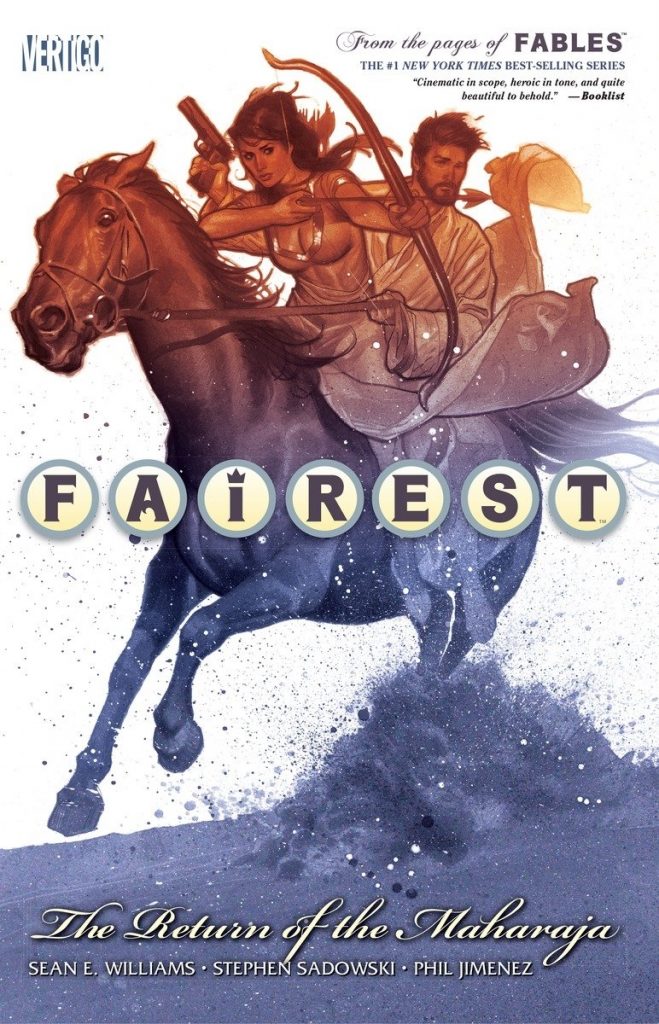 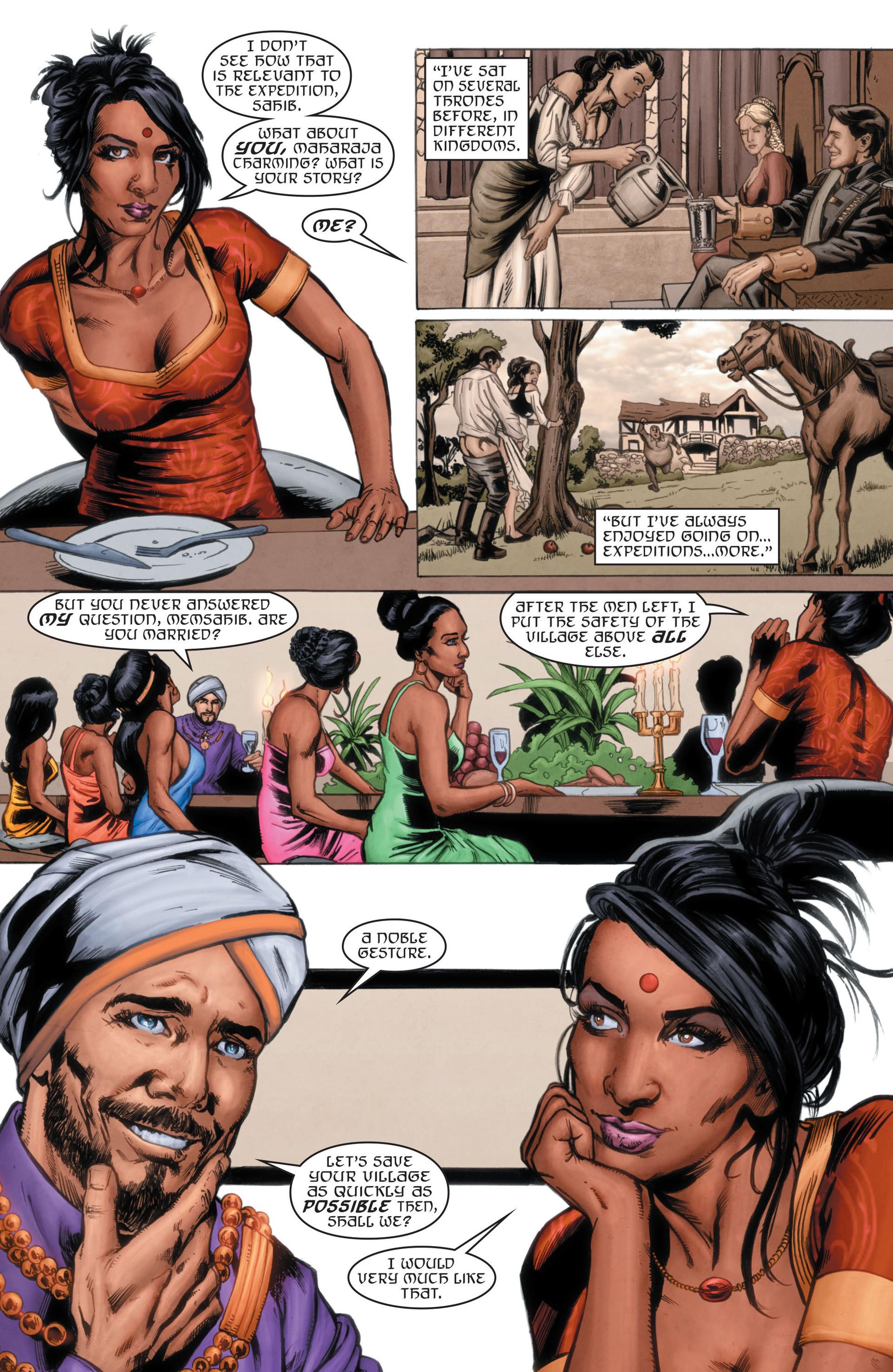 The Return of the Maharaja is set on what’s claimed to be a distant Fables world, but the culture and wildlife are very much that of India. There’s a considerable problem with packs of predatory wild hunting dogs repeatedly attacking villages and their livestock, and with all the men away fighting a war, it falls to archer Nalayani to protect one particular village. Eventually even her archery skills aren’t enough, and a decision is taken that Nalayani should petition the new Maharaja for help. He’s someone Fables readers know very well.

Sean E. Williams picks up on a person missing since Fables: War and Pieces, one with a definite reputation, and constructs the plot around them, finding a place for Bigby wolf’s dim brothers, also surplus to requirement in the main Fables storyline. Williams has researched Indian myths, and the results provide Stephen Sadowski with some memorable creatures to illustrate among what’s otherwise a love story. It’s also a missed opportunity. The pace never moves beyond languid, and for all the richness of Indian myths they’re never exploited significantly. Nalayani is brave and loyal, but we don’t come to know any more about her than that, and the story of supporting character Nathoo comes across as very much tacked on. Surprises? Some, but no real jaw-droppers of the type Fables readers would expect, although the title is clever.

A disappointing plot leaves the art the most attractive aspect of The Return of the Maharaja. Sadowski draws page after page of detailed scenery and appealing people, and when deadline problems get the better of him Russ Braun and Meghan Hetrick fill in very sympathetically. Were it not for the credits you might not even notice. Mention should be made of letterer Todd Klein’s distinctive Sanskrit style font, which feeds into the Indian motif and provides the graphic novel with a unique look. Ultimately, however, The Return of the Maharaja fails to deliver on its promise, and is the weakest of the six Fairest graphic novels. Of Mice and Men is next.