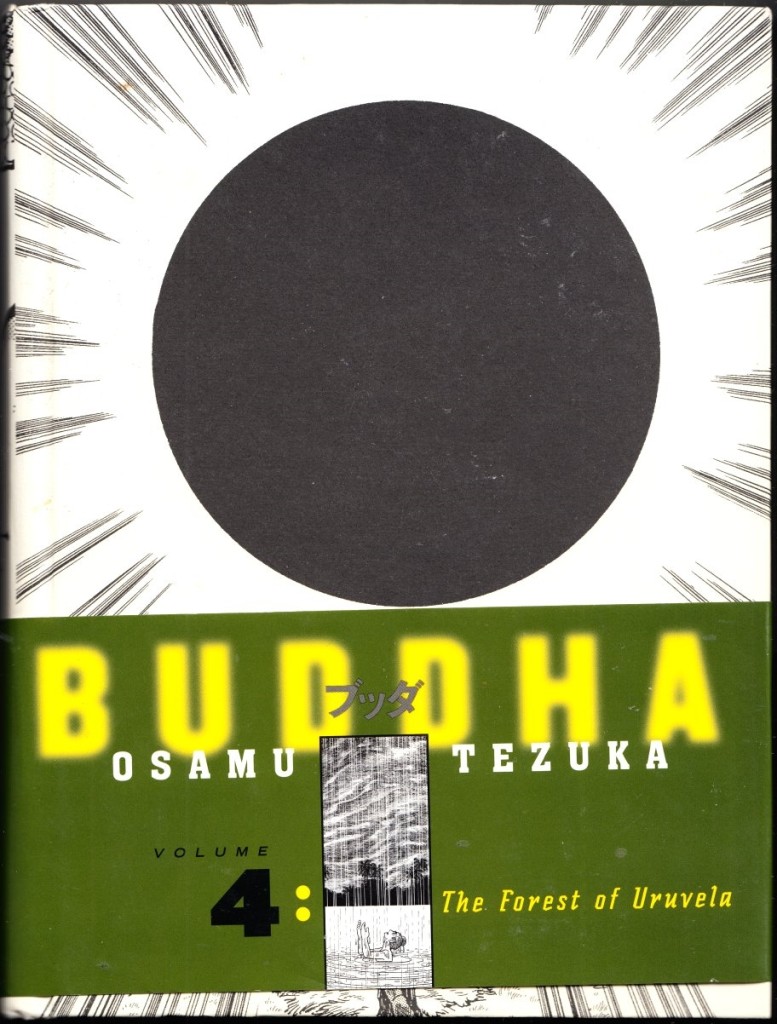 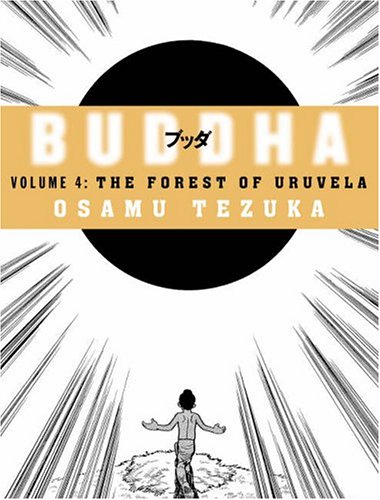 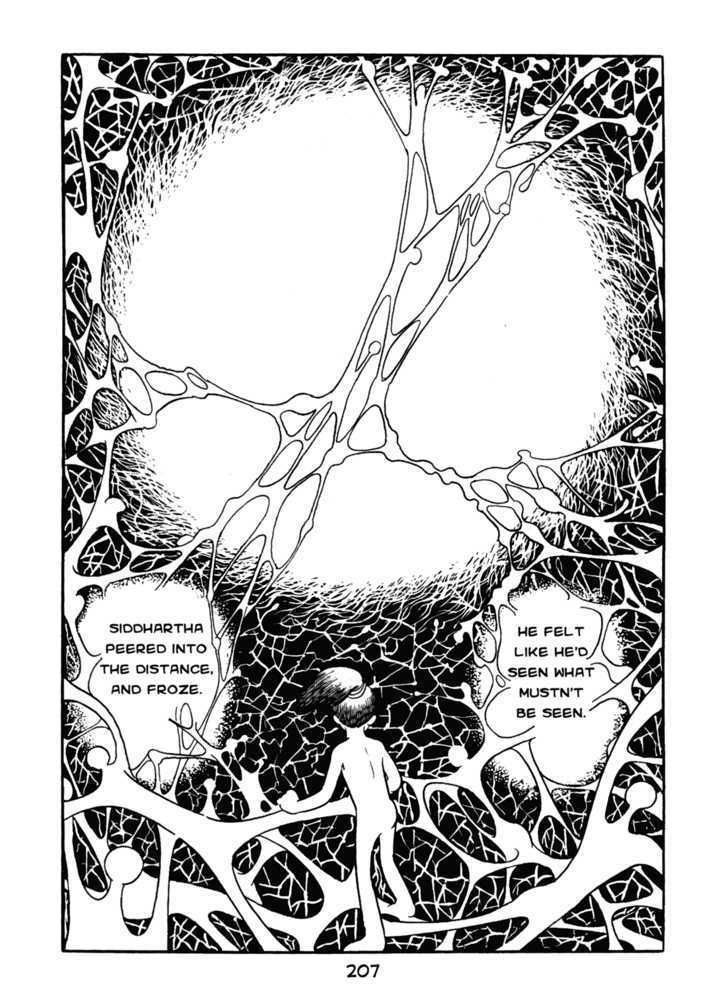 It is difficult to exaggerate the profound view of life found in Osamu Tezuka’s late masterpiece, Buddha.

Volume 4 concludes Part Three, begun in Devedatta and opens on Siddhartha’s ordeals in The Forest of Trials as his unwanted spiritual rivalry with the monk, Dhepa, deepens. Meanwhile, the strange and repulsive little savant, Assaji, approaches his preordained final days. His unnerving calm and acceptance of his fate challenges Siddhartha’s own profound fear of death.

Entering the story is the lovelorn princess, Sujata. Her love for Siddhartha forces the young monk into a desperate act that will inadvertently open the door to his own enlightenment.

The second half of the volume details the stories of Price Virudhaka and his uneasy partnership with the Shudra giant, Yatala. Tragedy and suffering brings both characters together and, although Virudhaka will not confront Siddhartha until the following Deer Park, it is Yatala’s meeting with the monk that provides the catalyst for the climactic and expected epiphany the first four volumes have been building towards.

What continually impresses while reading, and re-reading, Buddha, aside from the complex tapestry of stories, is the how everything works together. The exaggeration of the characters only accentuates their desires, just as the corny and sometimes loopy comedy underscores the tragedy and cruelty that perplexes and causes so much suffering in the character’s lives. There is much laughter, but there is also much sorrow, and this is what Tezuka is getting at. It’s not just that one person suffers, it’s that we all suffer, even our adversaries, due to our desires and life’s vagaries. We have all experienced suffering and therefore all are deserving of compassion.

Not only humans, but animals as well. From the beginning of Kapilavatsu, Tezuka has made it clear that animals are as deserving of compassion as humans. Life is precious in all its forms. This is demonstrated by Naradatta’s severe punishment in Volume 1 to live as a wild beast after abusing the lives of animals in the belief that human life, alone, is sacrosanct.

Tezuka’s art is suitably panoramic, moving from the very small and quiet, to scenes of rage and violence on the part of both animals and humans. Portraits of cruelty, love, grief, anger, jealousy, wisdom and death are all sketched by a master’s hand who knows the truth of which he writes.

What the reader takes away from Buddha may depend on what the reader brings to it. Some may not buy the extreme mixture of high and low comedy and drama, or the cartoony exaggerations of such serious material, yet Tezuka is never anything short of respectful. Compelling, binge-worthy reading, the drama never slackens as tragedy builds on tragedy, presenting not simply a picture of the human condition, but that of all life in the universe.

If you approach this series with an open, compassionate heart, you just might experience your own degree of enlightenment!