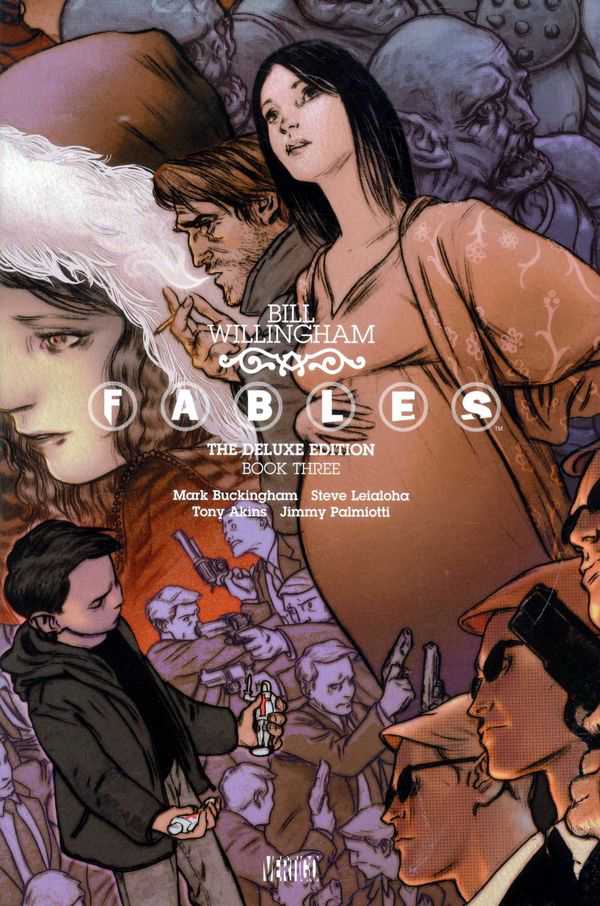 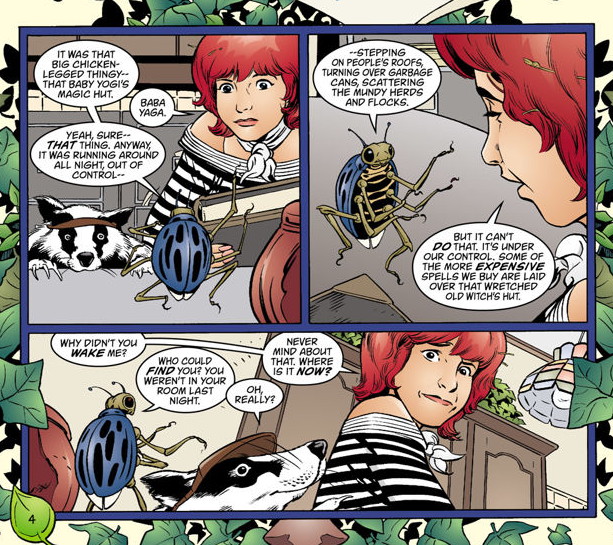 The previous two books have introduced the Fables cast and explained why they’re refugees on Earth, and this book dives into the topic wholeheartedly. The entirety of this volume is the eight part ‘March of the Wooden Soldiers’ story, the longest running to this point in Fables.

The identity of the Adversary that’s over-run the Homelands is unknown, but here it becomes apparent to Pinocchio at least that they must have his father Gepetto working for them, as some violent wooden puppet types turn up in Fabletown. Almost simultaneously someone else, long presumed lost and dead, also arrives. Most are glad to see them, but Bigby retains his suspicions. These background elements coincide with Prince Charming deciding he’d like to be Mayor of Fabletown.

The element that in stories by lesser writers would be dragged out for a big reveal is out in the open from a relatively early stage, leaving a Fabletown essentially under siege, yet still having to maintain its secrecy from the wider world. Previous volumes have predominantly concentrated on the establishment of the Fables and their society, but from there’s now a greater focus on the Adversary and the possibility of re-colonising their homelands. It also establishes just why Snow White is such a capable and adaptable administrator, something that has to this point been related but never seen.

It’s part of the characterisation that comes to life here. Previously Willingham had been coasting to a degree as far as the cast were concerned, often applying contrary attitudes to surprise, and with the series obviously a success and ongoing this required justification. Bigby emerges from March of the Wooden Soldiers a much improved character, and this is by far the best Fables story to date: a surprise-packed page turner. It won the 2005 Eisner Award for Best Continued Story.

Taking his lead from the children’s story books in which the Fables originate, this volume marks the first in which Buckingham consistently uses decorative page designs, containing panels within a shield shape, or surrounding them with ornate trimmings. It’ll be later that he formalises this into the familiar character or theme based sidebars that characterise his art on the series, but the designs here are equally welcome.

This is a reasonably priced hardcover volume with the content printed on gloss stock, and the binding an improvement over the pulp-printed paperback. Alternatively, all content along with that of the first two Deluxe Editions is gathered in the bulky paperback Fables Compendium One.