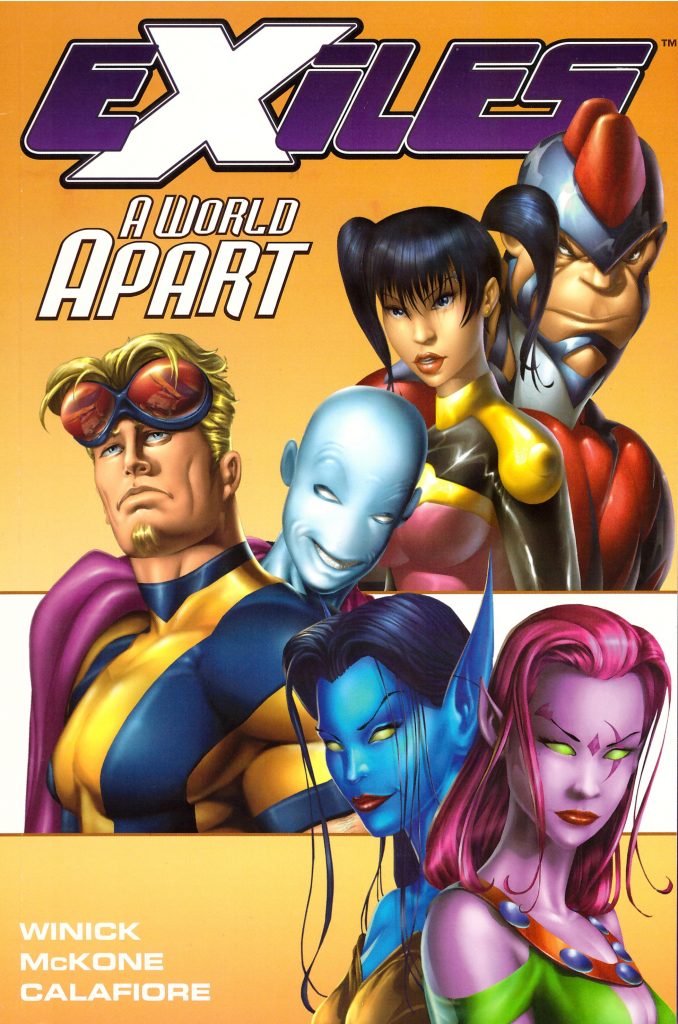 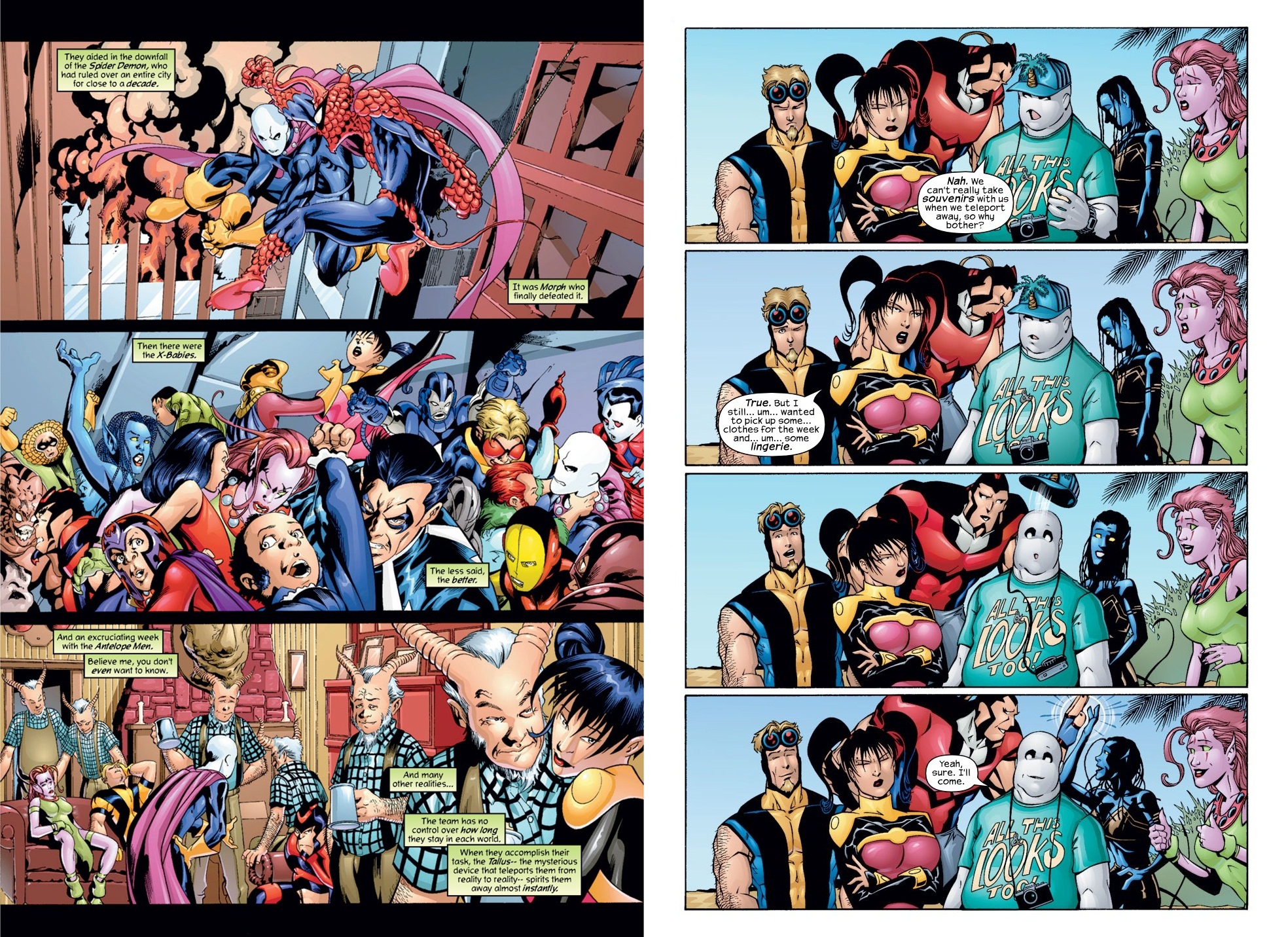 This seven chapter selection is a bulkier collection than Exiles Vol. 1 (or Down the Rabbit Hole if you’re considering the digital edition). That introduced six mutant heroes drawn from alternate X-Men on alternate worlds given a mission of jumping from one world to another to put some anomaly right. Every time they succeed, they move to the next world. Should one of the team die or stay behind, a replacement manifests.

Judd Winick selected his team well for contrasting personalities, ranging from the ever trivial, shape-changing Morph to the permanently brooding Thunderbird. Everyone else drops on the scale between, while all look to the teleporting Blink as leader. This is a better read than the first volume because Winick has the time to explore his core cast, and while a wordless chapter devoted to their dreams provides more whimsy than insight, he otherwise builds them up well. The more we learn about them, the more sympathetic they become, with Winick devoting some attention to Thunderbird this time. This is during two adventures. One has the Hulk become a Canadian problem rather than something the US superheroes have to deal with, and the other has the Exiles on an Earth occupied by the Skrulls, who organise lethal gladiatorial combats for entertainment. It’s an interesting plot, not least for the Skrulls also being shape changers.

Mike McKone draws that second story in his clear and appealing style, while the first is the work of Jim Calafiore, who’d become the most frequent artistic collaborator on Exiles. His is a more angular and blocky approach.

The entertainment keeps coming, whether it’s single panel visits to daft alternate worlds as per McKone’s sample art, or the other mysteries introduced. The Exiles learn their missions via a device called the Tallus, but it seems there’s a second bunch of world-hopping characters with a Tallus, this bunch led by Sabretooth. Best of all is the way Winick turns a story around. The premise introduced at the start may not be the way things continue.

This is now combined with volume one and the following Out of Time in the bulkier Exiles: The Complete Collection Vol. 1, that being a reprint of 2008’s volume one of Exiles Ultimate Collection. 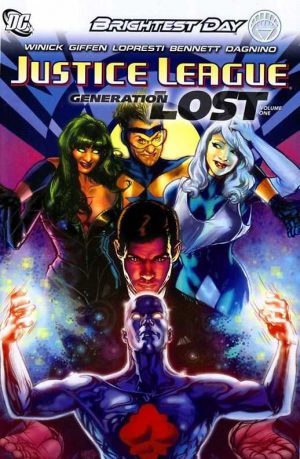