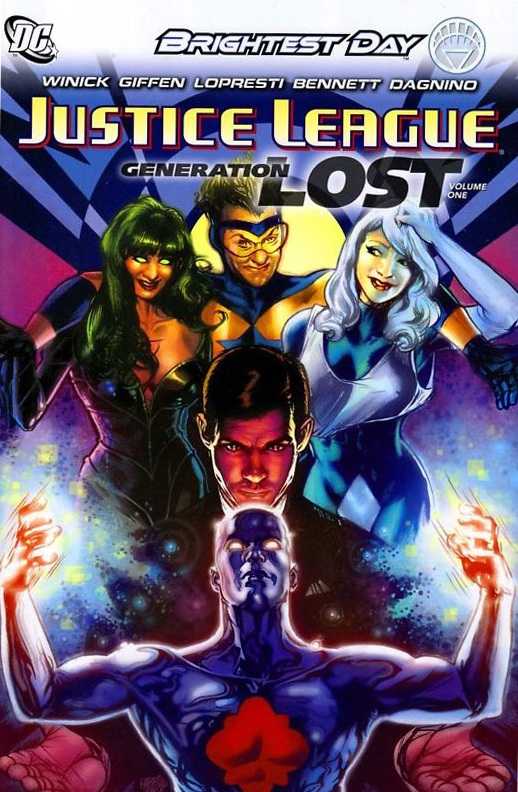 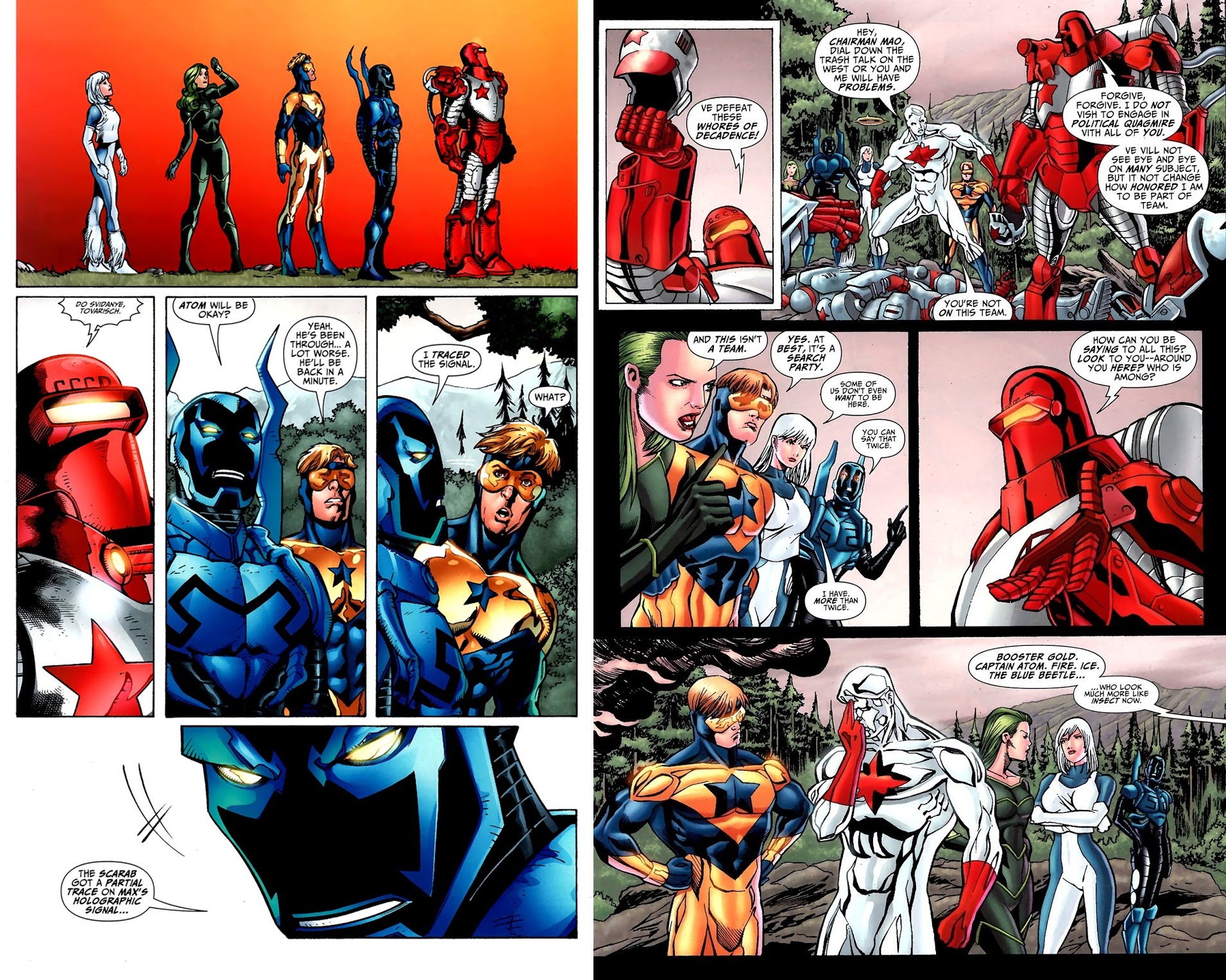 In their late 1980s and early 1990s incarnation the Justice League was run by Maxwell Lord, a businessman who kept it hidden that he could also control minds, enabling him to become ever more powerful and influential, and also ever more corrupt until he was killed. In Generation Lost he’s back, explained by the events of Blackest Night if you want to research it, and by the end of the opening chapter he’s amplified his powers to such a degree that he’s eradicated his existence from the entire world. However, what kind of story would it be if there weren’t exceptions? Former Justice League International members Booster Gold, Captain Atom, Fire and Ice have their memories intact, as does Booster Gold’s robotic companion Skeets. It’s not long before their reputations are shredded, and no-one else in the superhuman community is inclined to believe the truth.

Keith Giffen plots with Judd Winick, setting the general direction, then bowing out halfway through this book. What they set in motion is clever, credibly rendering the heroes ineffective, before uniting them with current versions of people they were once allied with in the Justice League. Lord claims he’s trying to save the Earth, and this particular alliance of heroes serves a purpose within that. As is too often the case in comics, however, clarity is avoided and possible misunderstandings perpetuated by someone, in this case Lord, not bothering to explain themselves fully.

While the heroes go about their business they’re also all dissected, the writers looking into their origins, their past and their motivations. This works better with some characters than others. Booster Gold, for instance, remains the egotistical gloryhound he’s always been, a desire for revenge notwithstanding, but interesting insight is provided in Captain Atom’s spotlight. Several heroes, it seems, are more powerful than previously assumed.

Three pencillers work on the series, all initially following layouts provided by Giffen, then progressing to full pencils. They share a feel for standard superhero art, but Aaron Lopresti (sample art left) is a cut above, better at planning a page, with an attractive delicate line, and aware of human anatomy. Fernando Dagnino is particularly guilty of lapses on that score, with Joe Bennett a little better, but with something sleazy about his art, especially accentuating nipples on women on his opening job.

While the set up is good, Generation Lost is a story that loses its way through repetition. The JLI members (for want of a better term) discover a lead as to Maxwell Lord’s location, rush in guns blazing, retreat after being fooled, and repeat the procedure. There are nice interludes with other superheroes, reinforcing what Lord’s doing, and it’s nice to see some of the guest stars, but the second half of this graphic novel is a holding pattern, and another twelve chapters follow in Volume Two.