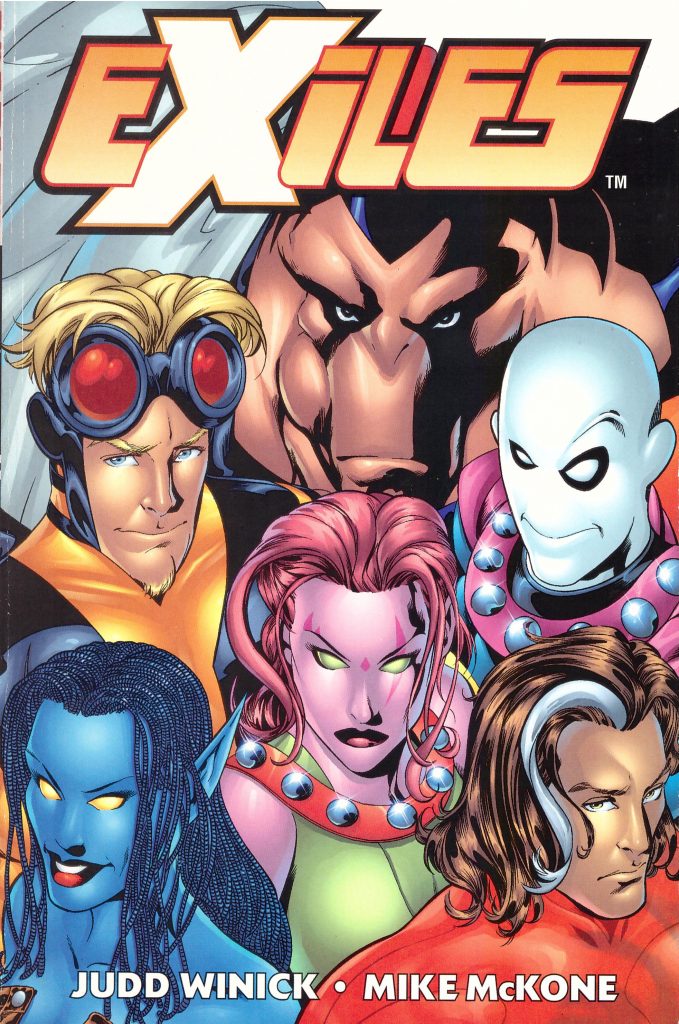 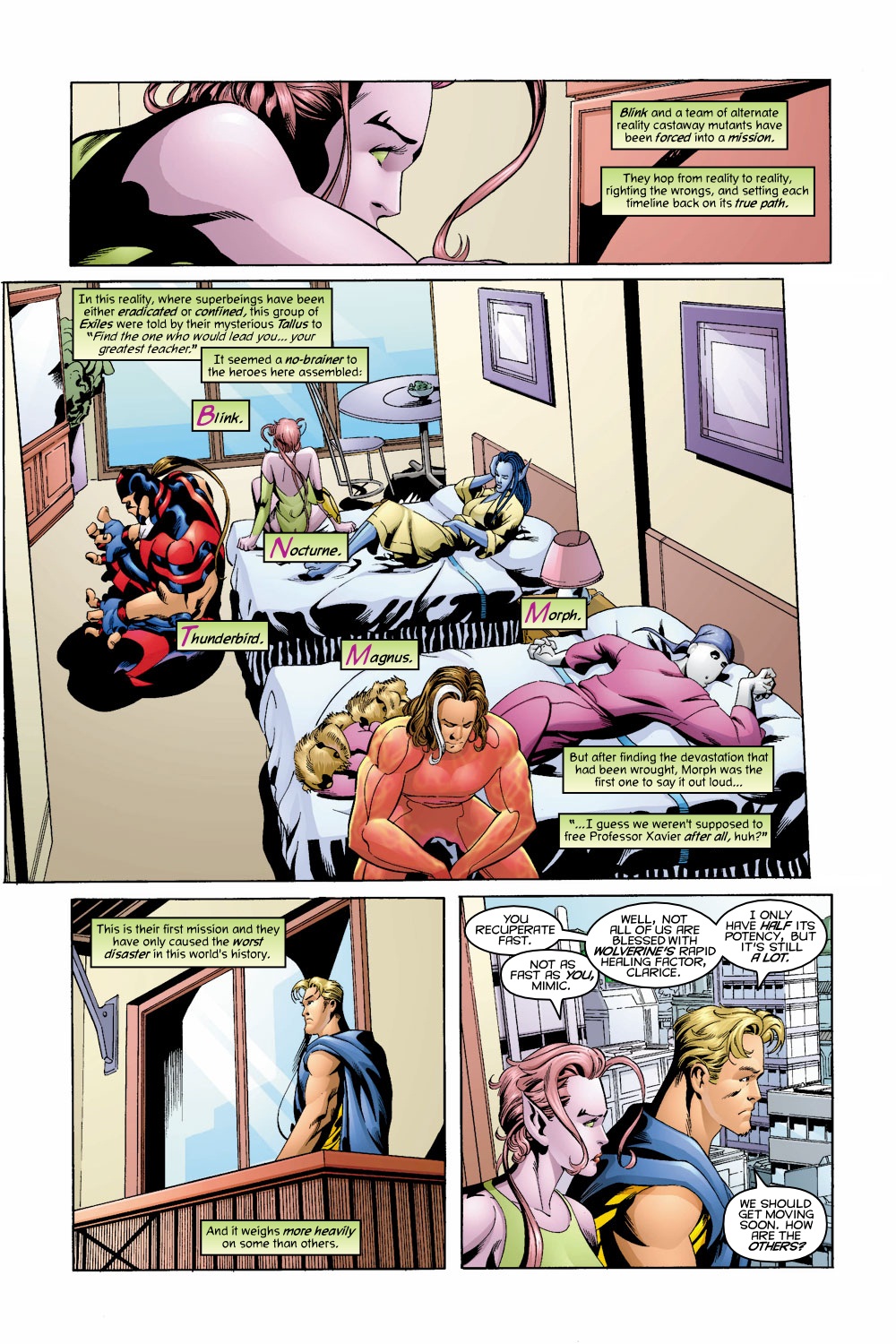 In the 1970s Marvel introduced a series called What If…? The premise was one beloved of historians, who speculate about a single decisive event changing the world we know today, and in Marvel’s case it led at first to some moderately imaginative and entertaining stories. Twenty years later the series was run into the ground, having seemingly exhausted all viable alternatives of note. It hadn’t quite reached ‘What If Captain America had Toast Instead of Cereal for Breakfast?’, but the barrel was being dredged. If Marvel wanted their alternate worlds to have any credibility in the 21st century, a different approach was required.

Exiles was the answer, under Judd Winick’s guidance a sprightly world-hopping team arrived in what readers who knew their Marvel history realised were What If? worlds, where a single change had resulted in a very different place. Winick combined that with a device borrowed from TV’s Quantum Leap. Something has to be fixed, and if the Exiles successfully fix it they’ll be on their way to the next world, possibly home to one of them. The actual scenario is complicated a little with qualifications, but that’s the essence. Exiles opens by gathering six mutants from X-Men teams on six different worlds. It’s a neat idea allowing for the teleporting Blink to be pulled from a short-lived world, a female Nightcrawler, and for resurrecting the Mimic, dead since the 1970s on Marvel’s core Earth.

You know what you’re getting with Mike McKone as artist, although his usually solidity slips marginally with his design for a monstrous, steroid-infused version of Thunderbird that really doesn’t work alongside the remainder of the cast. Perhaps it’s his little dig about the distorted style of design so massively popular in an era when McKone adhered to old fashioned storytelling values. Otherwise there’s page after page of clear superhero art giving the right emphasis to the right plot points and allowing for some great pin-up pages, some echoing core moments of Marvel history.

Applying too much thought to the shaky mechanics of why the Exiles are united isn’t advised, as that’s a minor concern. They follow the guidance of a device called the Tallus, which supplies details about their mission, but in oblique fashion, which leads to a major mistake in the first story. That’s ho-hum, with Winick having to pack in massive amounts of information. He’s on safer ground by the time the Exiles arrive on a world where Jean Grey is about to go on trial for what she’s done as Phoenix.

This does what an opening volume should in explaining the premise and providing a few thrills, but Winick is still working his way around things, resulting in a few awkward settling in moments, not least a really understated death. Vol. 1 is okay, but Exiles improves. Next up is A World Apart, or alternatively both are available in 2018’s Exiles: The Complete Collection Vol. 1, itself a reprinting of 2008’s Exiles Ultimate Collection. It should also be noted that the title of Down the Rabbit Hole only applies to the digital re-release of 2012. The original printed graphic novel had no subtitle. 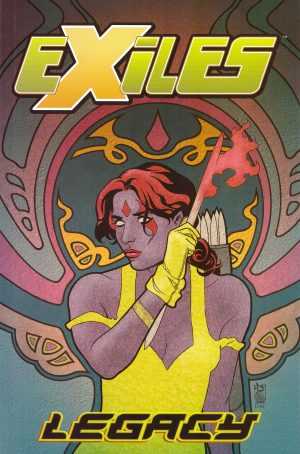