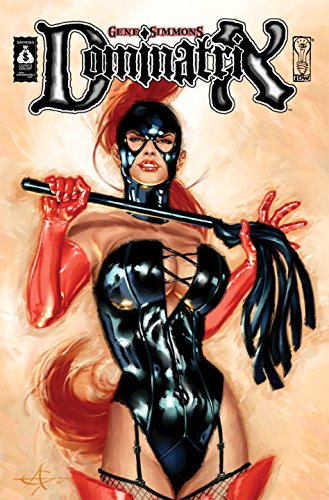 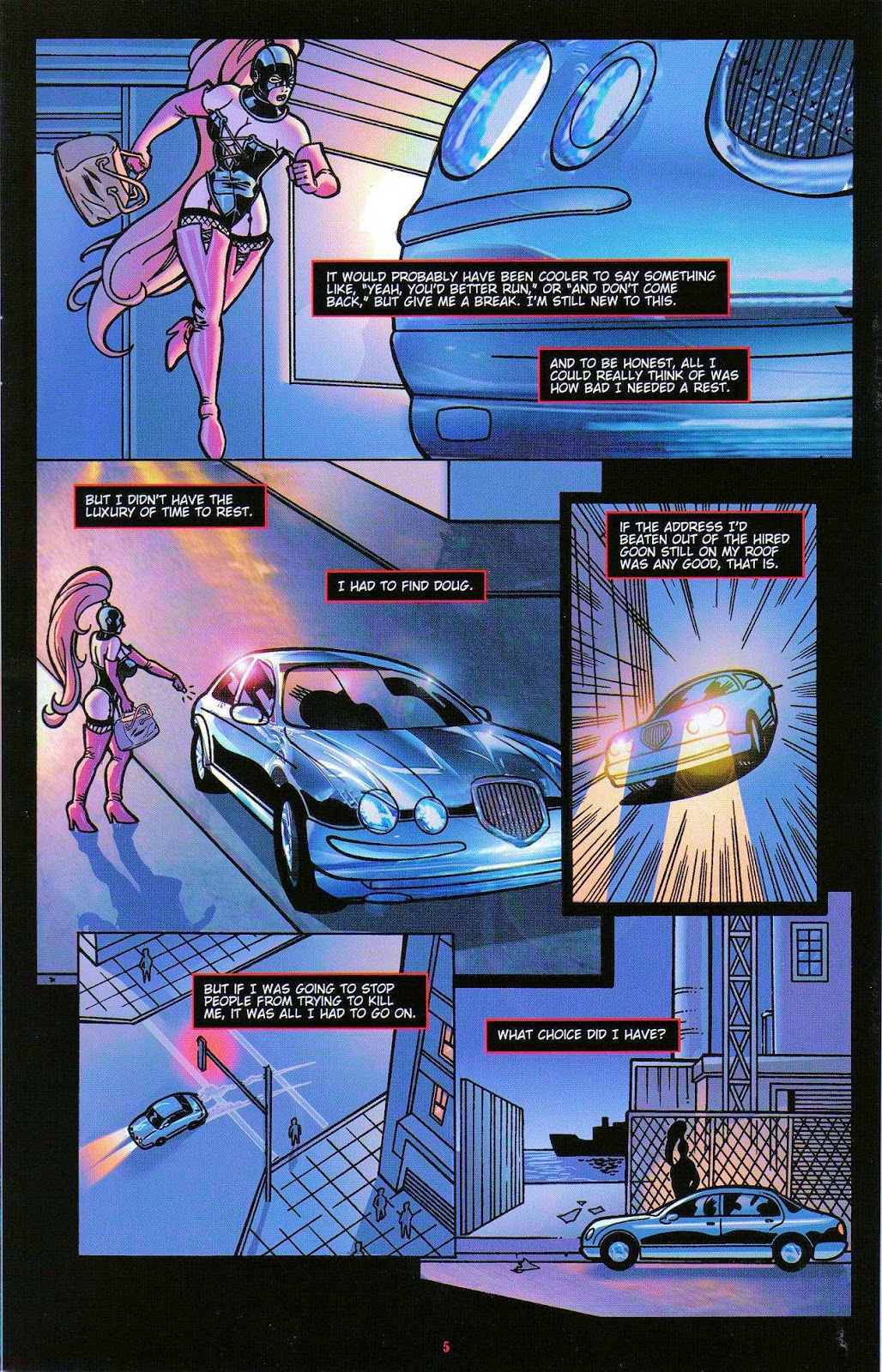 That makes as much sense as most of the rest. After a couple of chapters at home seeing off the guys who abducted her client, she suddenly awakes strapped to a bulldozer in her working gear with a thug shouting “You’ve got fifteen seconds to prove to me you’re worth the effort we went through to get your skanky ass here”. On doing just that she’s rendered unconscious again and slipped back home where more troubles await. The one interesting aspect is how she’s coerced into helping people she rather wouldn’t by her friends being injected with a poison to which she’ll only get the antidote if she carries out a task. Matters like why it is people perhaps more willing in the first place, needing no coercion, aren’t provided with the pills endowing super powers aren’t addressed. The hope is that any thought of logic will be displaced by readers reading with their tongues out to Simmons length as they turn through page after page of Flavio Hoffe’s provocative illustrations of Dominique in costume, or out of it. There are plenty of those, both from Hoffe and from Esteve Polls who finishes the story in a style that’s a cross between Neal Adams and Alan Davis, without being as good as either. 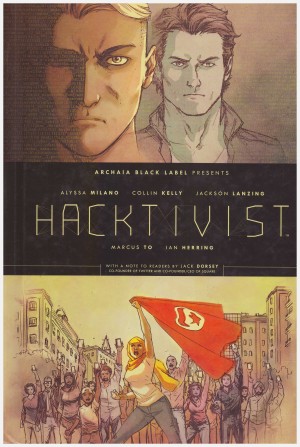 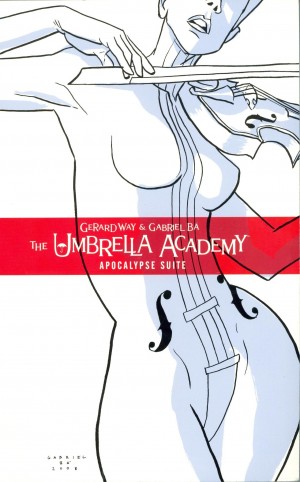 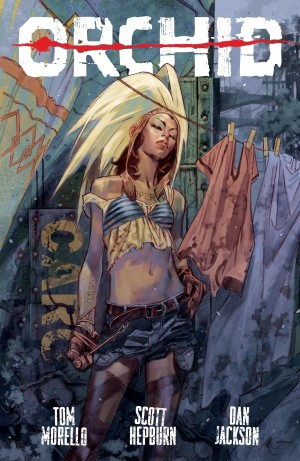