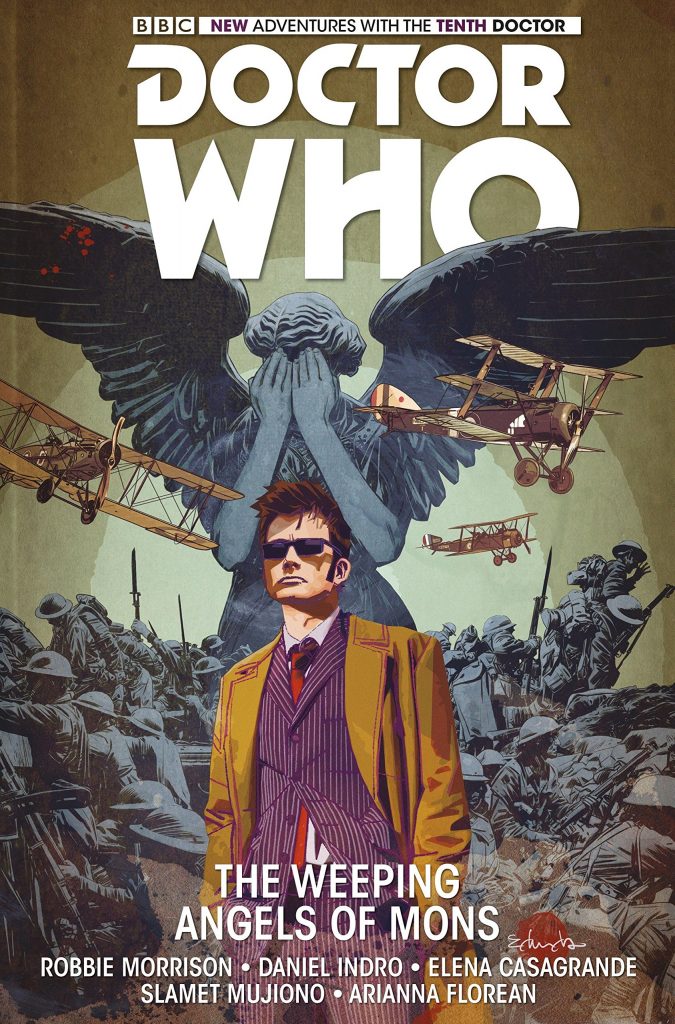 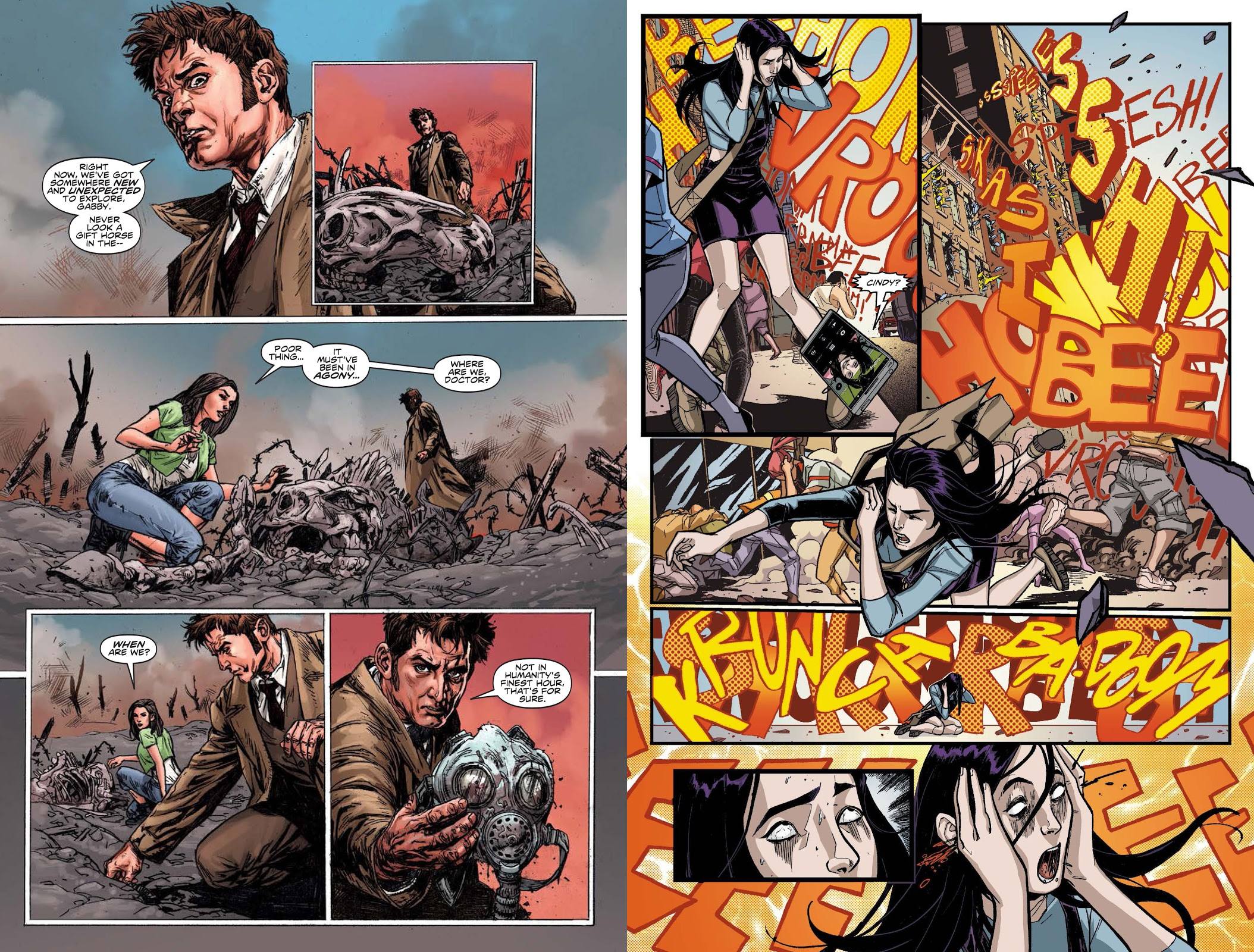 A lesson that usually only needs to be learned once is that any new assistant to the Doctor shouldn’t even accidentally adjust any of the assorted knobs and levers associated with the inner workings of the Tardis. Doing that sort of thing could mean you end up in Belgium during World War I. It’s hardly the trip back in time Gabby Gonzalez anticipated when she asked for one at the end of Revolutions of Terror. Robbie Morrison contrasts the Doctor and Gabby, who we expect to survive the adventure, with the experiences of Scottish soldiers fighting against the Germans, and, although they don’t know it, the Weeping Angels the volume title leads us to expect.

It would trivialise the lives lost during World War I just to use the action as a backdrop without explaining some of the circumstances, and Morrison has a nice line in doing just that via the letters written home to his sister by one of the soldiers. Artist Daniel Indro also plays his part by constantly reinforcing the appalling conditions, a spread in the opening chapter both a phenomenal piece of art, yet fully representing the horrors faced when leaving the trenches. As if that’s not enough, the Weeping Angels are the most terrifying adversaries created for the 21st century Doctor, statues that move when you blink, and send you back through time if eye contact is made.

Between them Morrison and Indro deliver a great story. The danger keeps increasing to the point where even though you know the Doctor’s needed for more adventures in The Fountains of Forever you wonder how he’s going to escape, and Morrison never forgets the human cost of war. There are couple of really good surprises, Indro’s Weeping Angels are terrifying and a tear-inducing ending cements the deal. You’ll read a lot of Doctor Who stories in comics before coming across anything as good as this again.

The Weeping Angels of Mons closes with a single chapter set back in present day New York, with Gabby back in the family restaurant, but there’s the startings of a noise problem. This is Morrison setting a lighter tone. Eleanora Carlini designs some neat creepy aliens and makes good use of lettering to represent deafening sound, but while this results in a perfectly serviceable story, it’s nowhere near the quality of the title story.

These two stories can also be found with other Doctor Who material in The Tenth Doctor: The Complete Year One.