Doctor Who: The Tenth Doctor – The Complete Year One 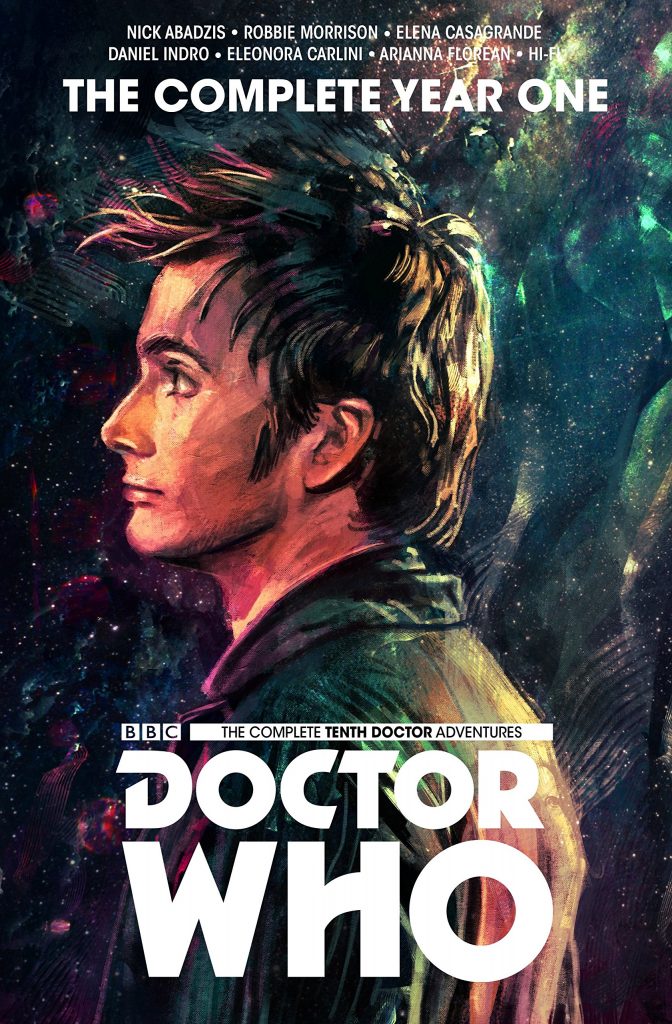 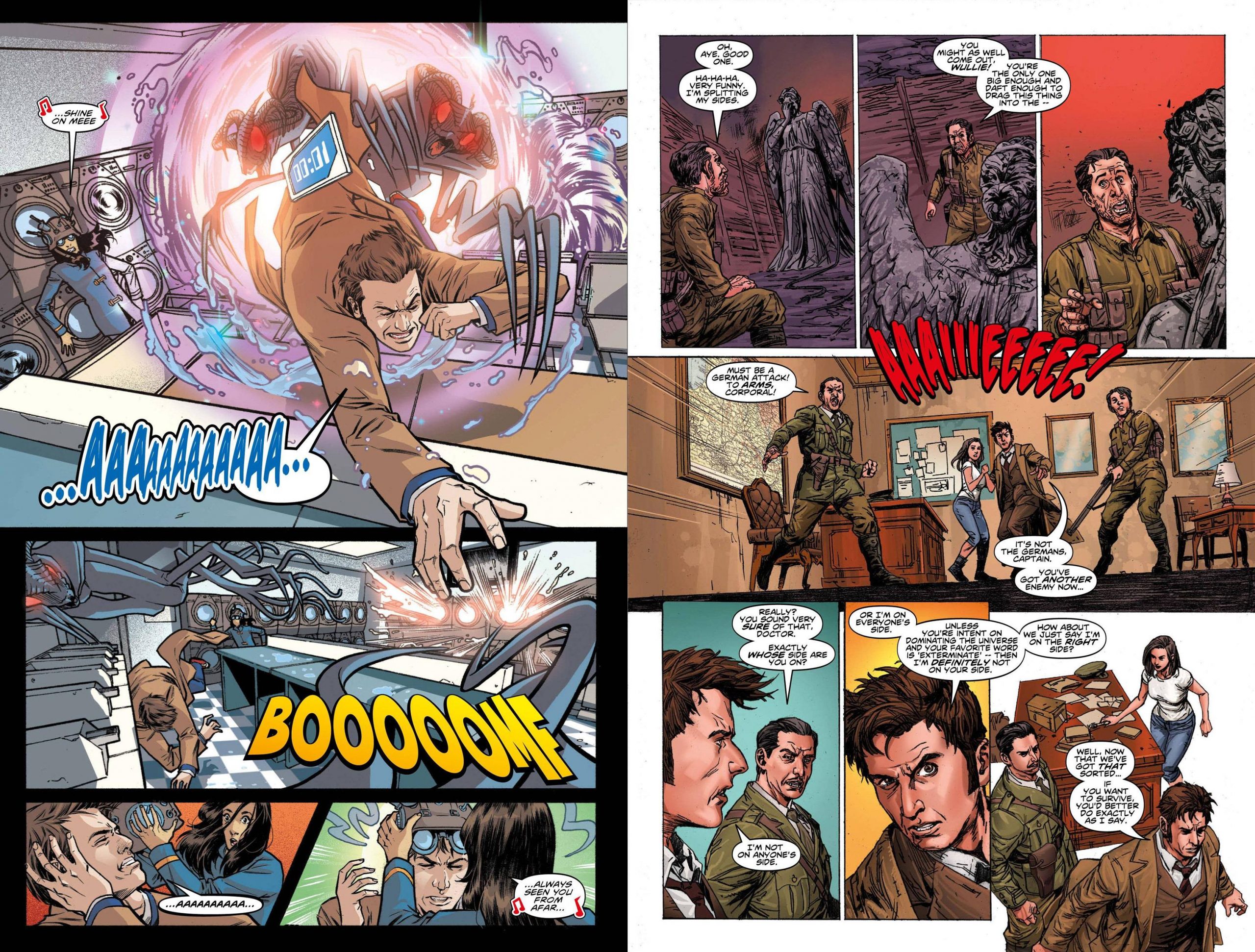 While simultaneously issuing stories of the contemporary Doctor Who as then appearing on TV, Titan found a market for new stories starring older iterations of the Doctor, hence a series about the David Tennant version. This combines the first three volumes, Revolutions of Terror, The Weeping Angels of Mons and The Fountains of Forever.

Almost all of a series stretching to ten volumes was written by Nick Abadzis, although this collection features the exception, a very fine World War I story by Robbie Morrison and Daniel Indro. The TV show’s trip to World War I during Tennant’s days was a real heartbreaker, and so is this, never trivialising the era or sacrifice, constantly ramping up tension amid the tragedy and featuring some phenomenal art. You’re not going to find many better stories about the Doctor in comics.

That’s not to slight Abadzis, who lays the groundwork for so much that follows in his opening chapter. The stories are set immediately post-Donna Noble in terms of continuity, so Abadzis introduces Gabby Gonzalez, a likeable young woman from present day New York torn between family loyalty and following her own artistic inclinations. She’s seen alongside her friend Cindy Wu, who’ll also be going on some journey, but not so much in this content. Abadzis’ work stands out both for often having a spiritual aspect and his constant reinforcement of the importance of art. Gabby’s notebook pages will become a feature of his scripts, and how we react to music and follow creative urges are reinforced in later material. There’s an intelligence obvious from the start, and that only increases as the plots become more complex and tackle ethical and philosophical issues. They don’t shortchange on monsters and aliens, though.

Most of the art is provided by Elena Casagrande (sample spread left), who produces fine likenesses of Tennant, and not just when he’s posed still. The early scripts call for her to design multiple aliens, which she takes in her stride, she provides full decorative backgrounds, and produces a fine looking inside of the Tardis. Rachael Stott fills in for one beautiful looking episode, and the other artist used is Eleanora Carlini, who’s approach is nearer cartooning than naturalism. That wouldn’t matter were it not for a tendency to have faces with overly exaggerated expressions. It’s no problem on lighter stories, such as her collaboration with Morrison about noise, but in more emotional moments it’s out of place.

Whether intended at the time or an afterthought, some of what Abadzis introduces in these stories won’t fully pay off until a Complete Year Three collection, which is good writing, and he’s also strong with personalities, capturing the Doctor. While Morrison’s contribution is the standout, most of the remainder is very good at best, and just average at worst, which isn’t very often, so any Doctor Who fan can dive in with confidence. 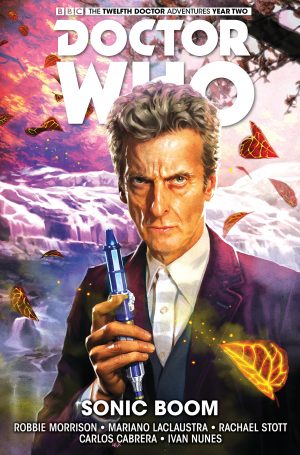 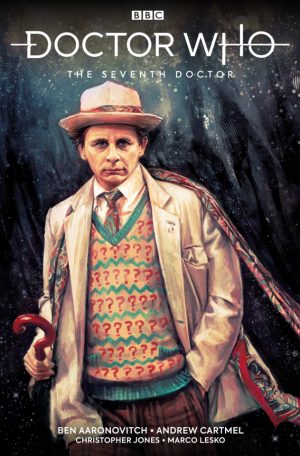