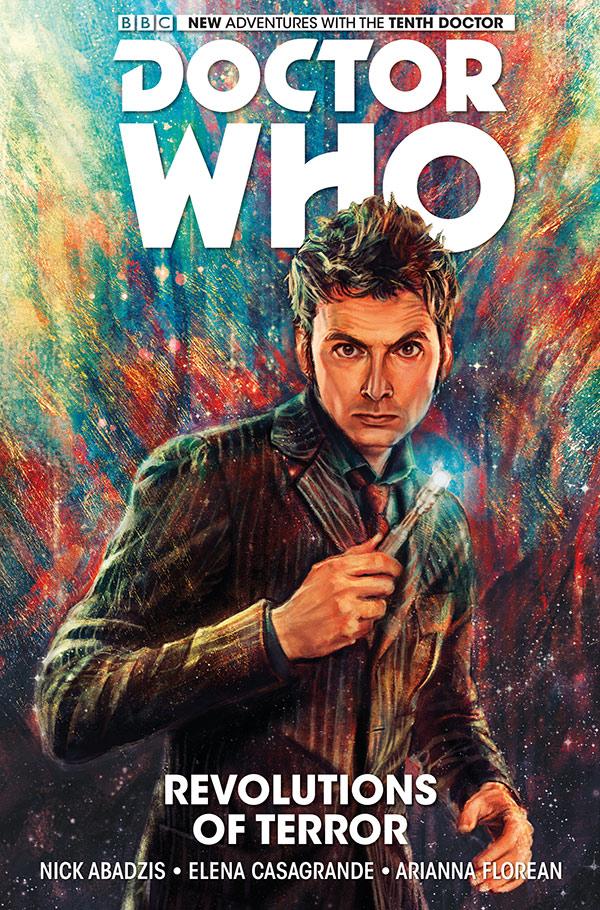 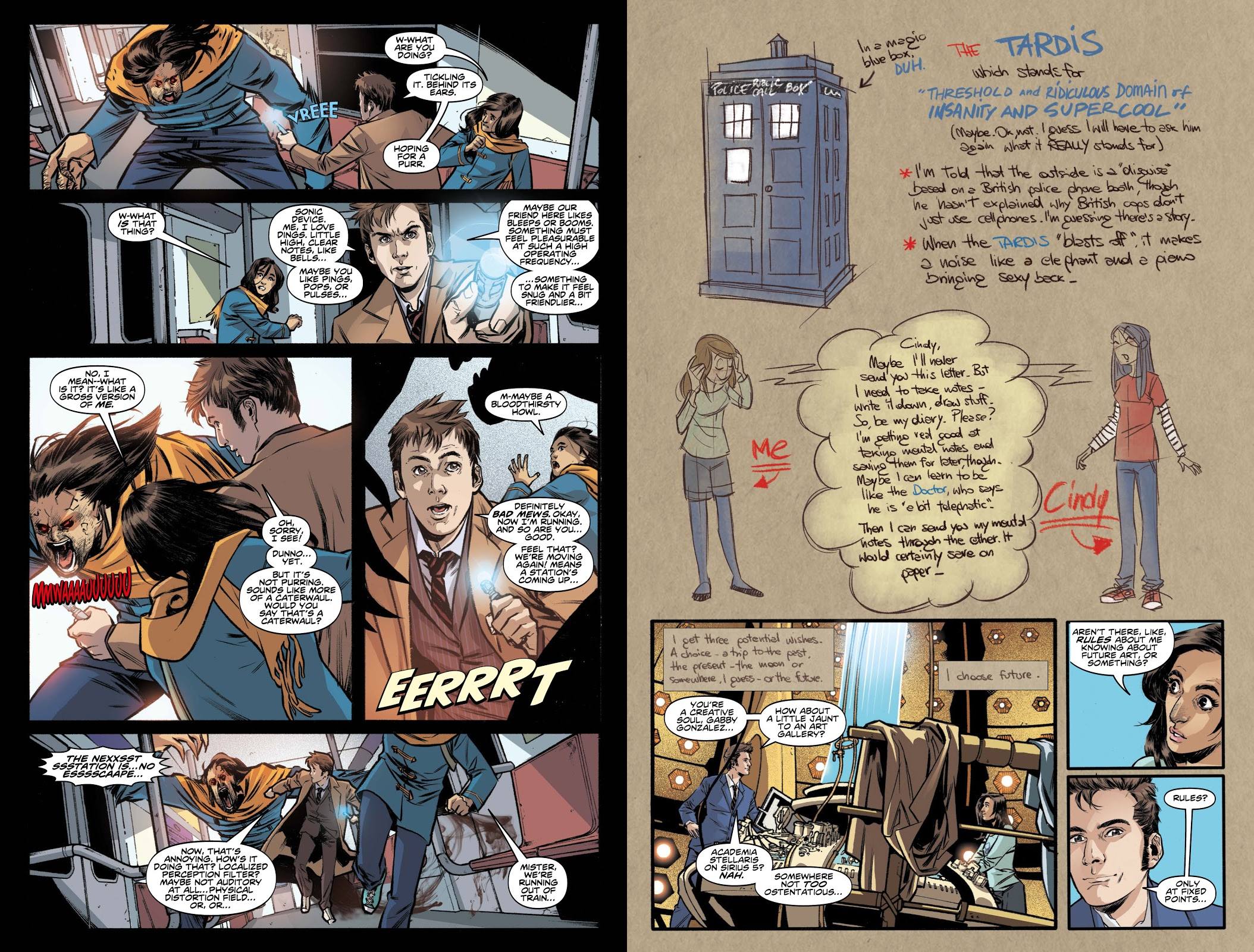 This selection of Doctor Who stories picks up on the tenth Doctor (David Tennant version) just after he parts ways with Donna Noble in the TV continuity. That’s why Nick Abadzis begins Revolutions of Terror by having the Doctor stop off in early 21st century New York where he acquires a new companion. There he becomes involved in strange manifestations, initially in the Mexican community during the Day of the Dead, but then in the wider New York area.

Because she’s going to be around for the duration, Abadzis takes time to introduce Gabby Gonzalez properly, featuring the tensions within her family’s restaurant and laundromat business. She’s a young woman torn between the frustrations of family loyalty and feeling trapped by their expectations, so when an exotic stranger turns up mumbling technical gobbledygook, yet taking monsters in his stride, she’s naturally drawn to him. Abadzis captures the voice of David Tennant’s Doctor via the rambling dialogue, and that counters his opening story being a step into horror, concerning non-corporeal entities possessing humans and turning them into shambling monsters.

Artist Elena Casagrade produces fine likenesses of Tennant whether standing still or moving, which he does a lot. She also fills the backgrounds with scenery, human or alien, and is able to accommodate what is a word-heavy script. Her designs for a couple of alien species are also impressive, and because of a smart plot twist she really has to work hard designing monster after monster, which is an example of a comic story being able to achieve something beyond the TV budget. In other circumstances the main threat could be terrifying, but Casagrande keps it toned down for the audience, and once it’s finally seen inside, she draws a great Tardis as well.

Abadzis and Casagrande supply a second story introducing what will become a signature device of Gabby’s notebook style explanations and sketches introducing the background to events, in this case what begins as a visit to an art gallery in the future. This is the creative team exploiting another regular element of the best Doctor Who, the jaw-dropping wonder, and this should always be handled well when introducing a new companion. Allying that to artistic creation supplies the quality. It’s also a story with later consequences as Gabby, herself an artist, is inducted into a different form of creation.

Both stories are solid Doctor Who with visual and verbal likenesses strong, so expectations are met. The next volume is The Weeping Angels of Mons, written by Robbie Morrison, while Abadzis and Casagrande are back for the third, The Fountains of Forever. Alternatively they’re all collected in the hardcover The Tenth Doctor: The Complete First Year. 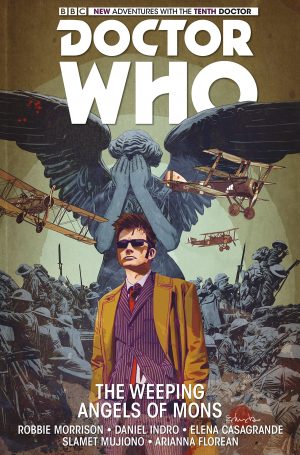 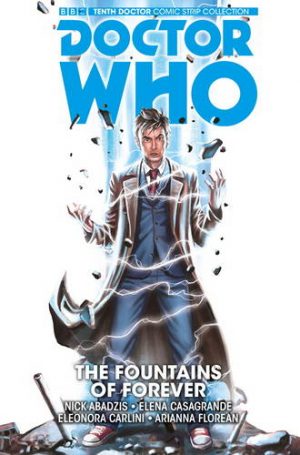 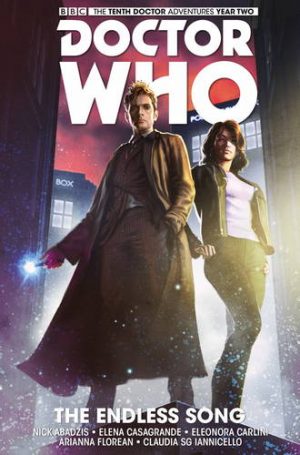 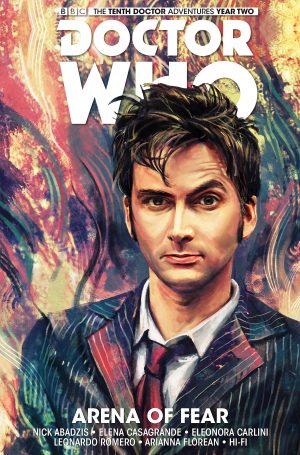