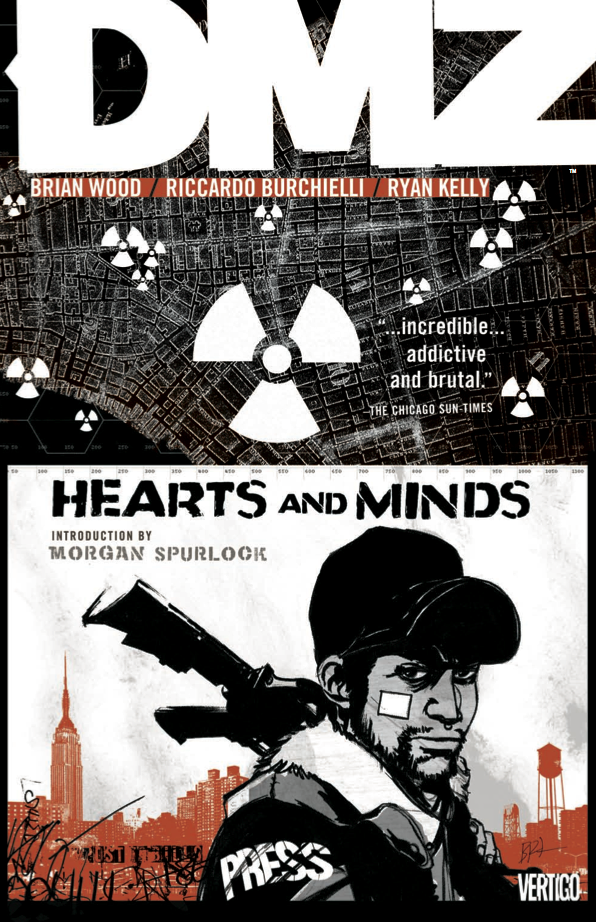 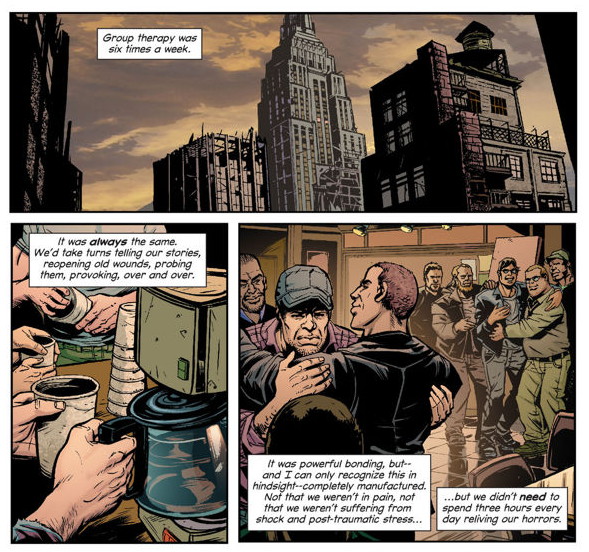 Blood in the Game and War Powers completely transformed Matty Roth. The idealistic intern who’d dropped into the DMZ three years previously convinced it was his moral duty to report on life there to the outside world had become something else. He believed in the message Parco Delgado was spreading, believed in his mandate for an independent state, and signed up as press officer. Announcing to the world a new nation intends to be treated as such, and backing that up with the revelation that it was a nuclear-armed nation is how he starts the title story. And from there he takes a proactive role in assuring Delgado’s vision is protected.

Over five chapters Roth transforms again, and it’s writer Brian Wood’s best DMZ story to date. He cranks up the tension, and readers with a fixed conception of who Roth is will be horrified. There’s a sequence where he’s learning to aim a sniper rifle at random targets. Was he about to shoot? We’ll never know, but far worse is to come. It’s set against the background of the nuclear device. Its presence changes the DMZ from an area that the American authorities are content to leave as a buffer zone into one where invasion is a priority. Artist Riccardo Burchielli is as ever adaptable enough to illustrate everything thrown at him.

With Roth now out of the news business Wood introduces an alternative source of news. The intriguing Radio DMZ serves a purpose in this story, but despite later appearances is never really developed further than a narrative device. All this content can also be found in the hardback DMZ Deluxe Edition book four.

The opening story is ‘No Future’, which is included in DMZ Deluxe Edition book three. This is Wood’s examination of what makes a suicide bomber, although elements of the initial chapter read more like a Punisher pastiche. A New York cop was separated from his family when Manhattan was evacuated, and while processing his emotional void joins a group of other cops who form a well-organised and well-armed militia carrying out specific missions. Tony’s fragile state renders him easily manipulated. All DMZ guest artists are ranked against the grubby fluidity of Burchielli, and Ryan Kelly’s art for this segment while occasionally stiff, is a better match than most.