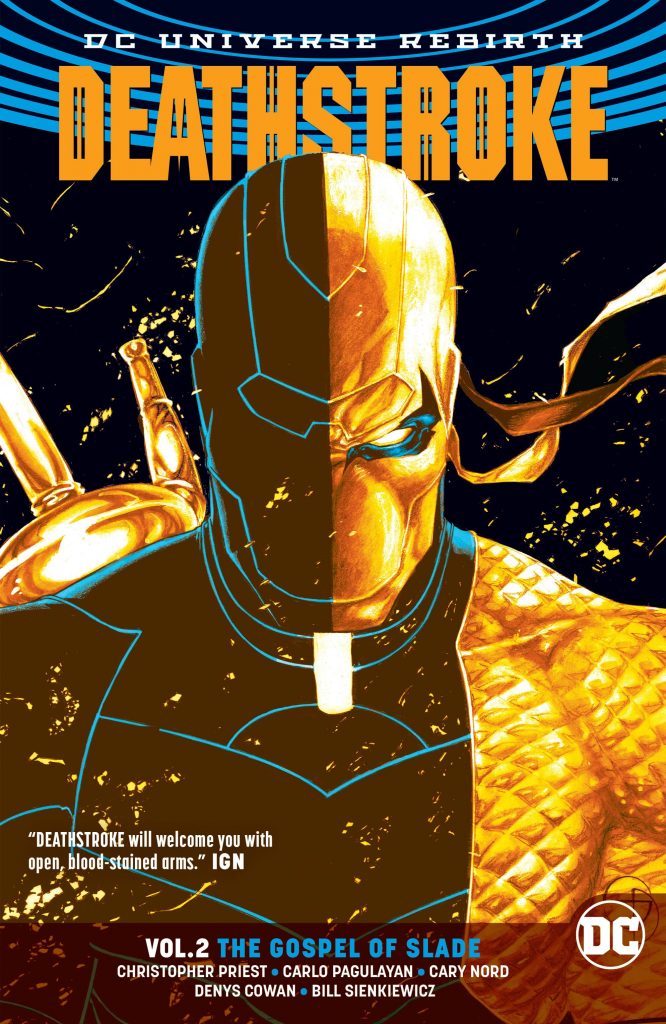 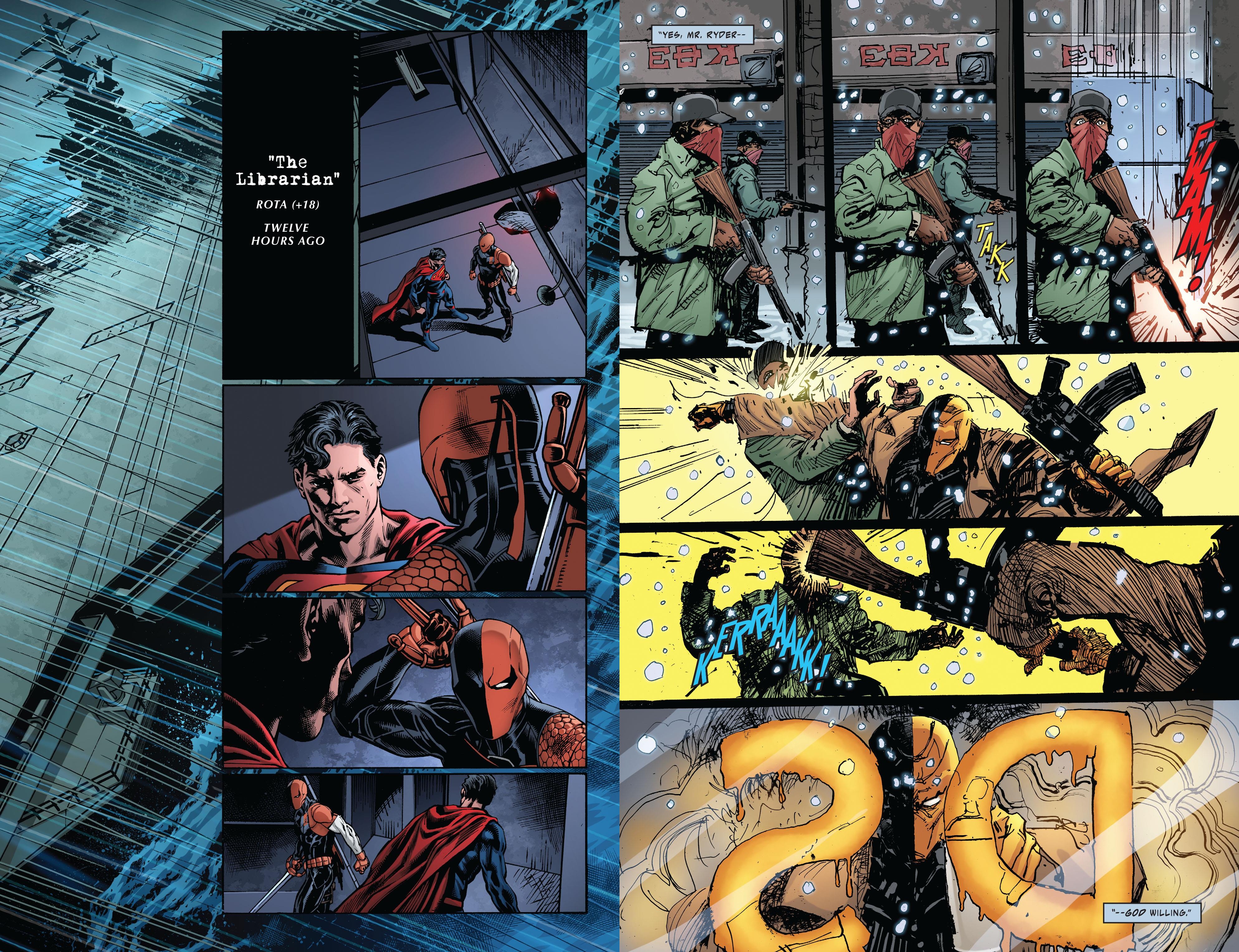 We learned a lot about Slade Wilson, Deathstroke, during The Professional, but much was the supposition and analysis of other people. Informed, yes, but truth? Not necessarily, but apparently some of it was. Other speculation, no matter how authoritatively stated, turns out to have been wrong. Deathstroke himself is absent for much of the opening chapter as Christopher Priest concentrates on his daughter, Ravager, introduced last time, and his son Grant, only seen as a child before. The adult version is complicated and Priest deliberately ensures the apple doesn’t fall far from the tree, while also smoothly incorporating items seen previously.

The first three chapters continue the story begun in The Professional, and would have been better combined with them. Once everything pulls together, we have nine episodes of a very complex action thriller that turns out to have been about a completely dysfunctional family, although in its broadest sense. It’s deceptive, manipulative and constantly shifting, and Priest has plotted so well it’s surely beyond anyone’s capability to predict what becomes the core issue, who placed a hit on Ravager? In addition to that mystery, there are all sorts of layers concerned with what Deathstroke’s capable of, how psychologically damaged he might be, and how that might affect the wider world. These chapters are laid out by Larry Hama for Carlo Pagulayan, and the result is as impressive as the plot, which concludes, as seen by the sample art, with Superman manipulated into arresting Deathstroke. A mismatch, you may think, but Priest’s clever foreshadowing makes it a thrilling conclusion.

Continuing through this book, Priest comments on the eternal shades of grey ethical compromise of real world politics. Is it okay for someone known to the authorities to be committing stomach turning atrocities and responsible for deaths on a daily basis to remain unrestrained because they also work for “our” side? Before his costumed days Slade was in the disintegrating Yugolslavia, and while there’s also trickery, this two chapter interlude is a more straightforward action thriller, a squabble over territory. It’s drawn by Cary Nord employing far grittier and looser methods than usual, very effectively

‘Chicago’ closes the collection, Priest diving head first into the moral conundrums afflicting US gun law and perceived attitudes among different communities, and he cuts to the essence of what all the hand-wringing thoughts and prayers cannot solve. No-one in authority does anything of substance, but is Deathstroke the answer to the continued killings of young African American men? It’s a provocative piece, offering no answers to a fearful cycle, nicely drawn by Denys Cowan, inked by Bill Sienkiewicz, so a real artistic treat. Priest is also thinking visually. The three top panels on Cowan’s sample page are a throwaway joke, but improved for not drawing much attention to it with narrative captions.

Provided you’ve read The Professional, this should be a phenomenal, high octane collection of a series that Eisner Award nomination notwithstanding, somehow didn’t attracting the attention it should have. It’s continued in Twilight. Alternatively, Deathstroke by Christopher Priest collects the entirety of Priest’s impressive run in hardcover.