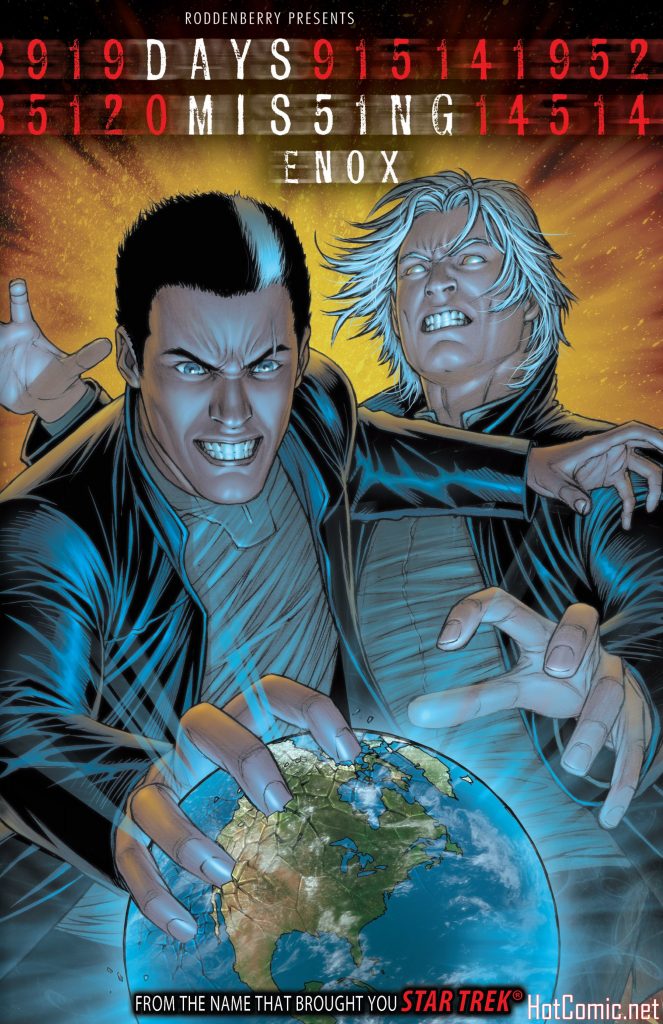 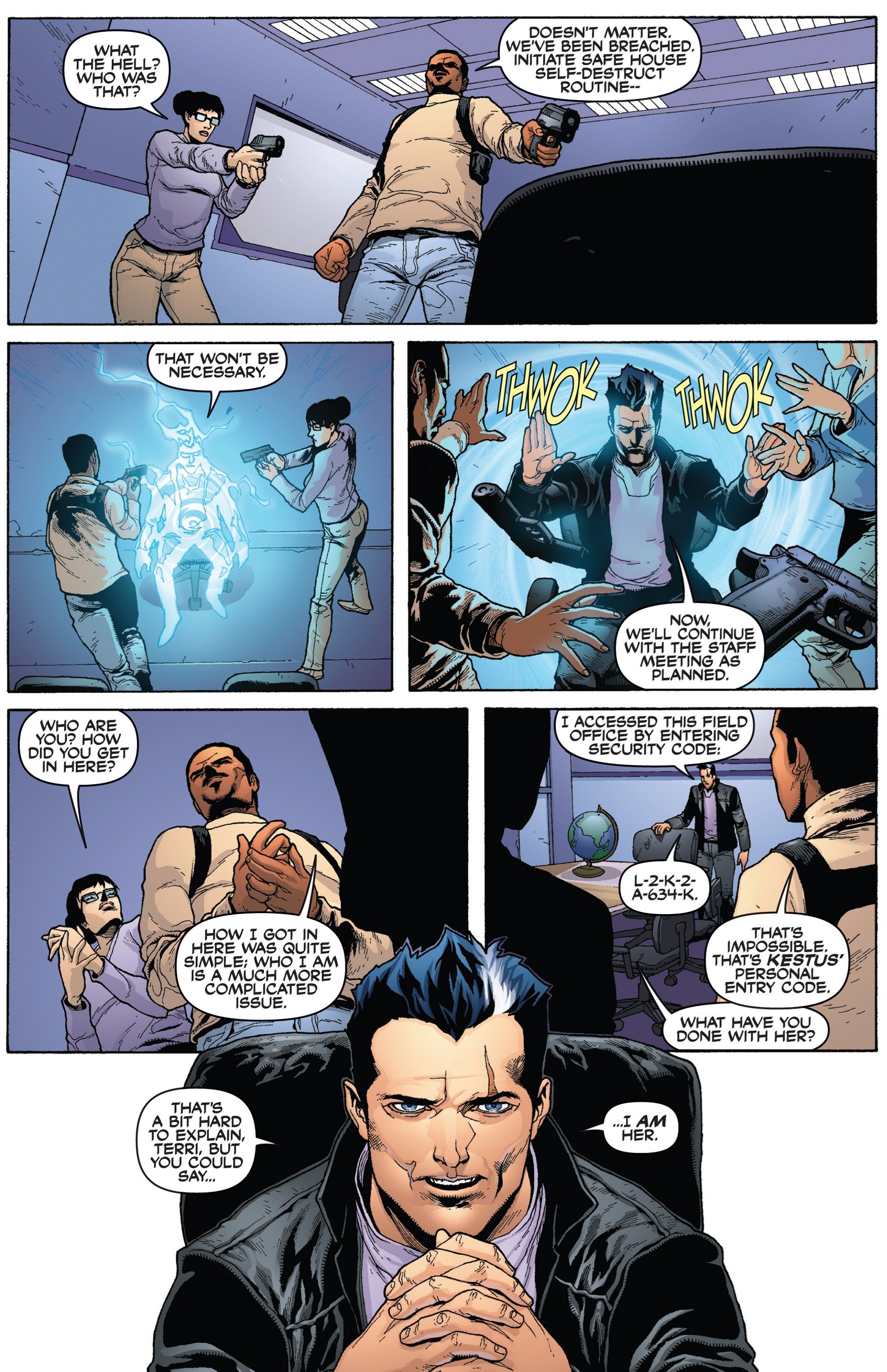 The Steward is a man who in effect monitors time, disguising himself as he visits assorted crisis points, in each able to wind back time 24 hours to ensure a previously made decision can be corrected if necessary. However, if that change doesn’t occur, there’s a chance of a knock-on effect resulting in catastrophe. The Steward isn’t the only person able to tinker with time. Volume two introduced Kestus, a woman scorned, and at the end of that book, a new character emerged, Enox, and his view of humanity isn’t that they’re to be cherished and protected, but that they’re responsible for their own destiny. If that ends in catastrophe, so be it.

Days Missing began as a series of time travel adventures, but has transformed into an action thriller in which Enox organises a series of atrocities, albeit on a grand scale. Phil Hester returns Dr Kate Prosper from the Cern laboratory in Geneva, and delivers a clever small way of her discovering changes to the timestream are occurring. It’s a very odd switch of genre, and given that it’s a TV and film production company behind Days Missing, it transmits as executives hedging their bets. Perhaps people who enjoyed the time travel interludes will also enjoy a high octane, cinematic style thriller with a few SF intrusions. Hester certainly has a confident touch if you overlook Enox having that Alan Rickman going through the motions quality about him. He never quite resorts to gleeful cackling at his evil plans, but doesn’t stop far short. Other aspects of a fall and rise plot are better, with Hester eventually providing a logical use for the repeated visits to the Cern facility, and Dr Propser’s large and productive role is good.

Felipe Watanabe’s art is an improvement on Kestus, but is hardly spectacular. He at least ensures that the locations are populated, and that the cast look consistent. However, he draws that cast with long, oblong heads and the few hand to hand combat scenes are stiff. His panel to panel storytelling ensures clarity, but there’s little here in the way of a surprising or breathtaking image to grab your attention.

Ultimately the switch of genre is unsatisfying, as if you’ve bought a chocolate bar and come home with a tin of tuna. If that’s okay, Enox presents a loud and blustering action thriller plot in concluding the Days Missing trilogy.