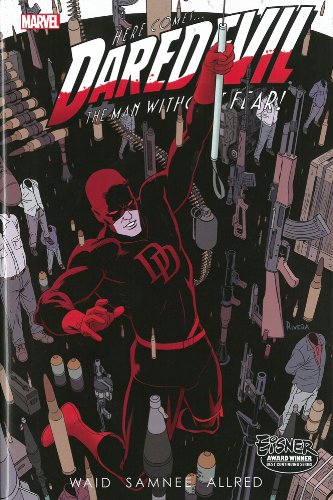 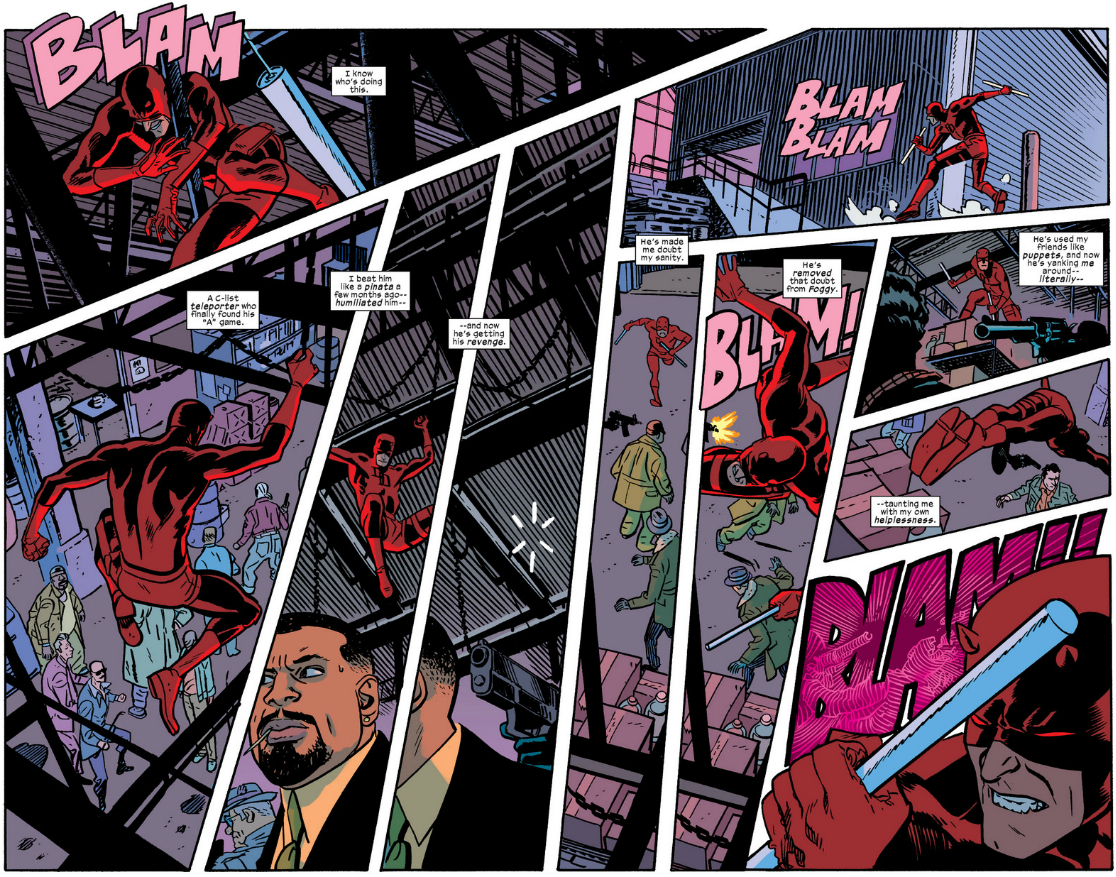 There surely can’t be many people who’ve sampled Mark Waid’s Daredevil and found it it wanting, but even they can’t deny the sheer variety he offers. Volume 4 contains one science-fiction tale, one battle with an old villain, one odd encounter with a group of gangsters and a closing story where Daredevil’s experiences almost defy description. All are shot through with excellently conceived character moments in which it seems Daredevil/Murdock is losing his mind. Being completely convinced his former wife is in his bed is one thing, but how many people keep the disinterred bones of their father in their desk drawer? The legal partnership of Murdock and Nelson has survived many ructions, but this behaviour is one troublesome step too far for Foggy Nelson.

Almost the entire book is illustrated by Chris Samnee, his look now established as the house style. His layouts sparkle, his storytelling is exemplary, and no more needs to be said other than he won an Eisner Award for his work in this volume. The one chapter he doesn’t draw is the work of Michael Allred, who has obviously influenced Samnee, and has a great time depicting the return of long-forgotten villain Stilt-Man. For those who don’t know, he’s armoured, and takes his name from the bizarre hydraulic and expanding legs he uses.

However offbeat he might be, he doesn’t begin to compare with Coyote. In the opening volume Waid toyed with an old villain named the Spot, who opened circular doorways between dimensions through which he either teleported or stretched various body parts. It made him an effective, if slightly daft, assassin. Waid has obviously given the logic behind his powers some consideration, upgraded the original villain and supplied Coyote, an altogether more deranged villain. To say much more would be to deliver spoilers, but the two-part tale is an imaginative tour de force that explains several recent incident’s in Murdock’s life.

If that weren’t enough, Waid follows-up with a couple of emotional kicks to the teeth involving women in Daredevil’s life, one of them setting up another encounter with Spider-Man in the next volume.

For all the excitement elsewhere, though it’s the opening chapter that’s the stand-out. Daredevil’s time in Latveria in the previous book has rendered him somewhat bereft, and Waid re-works a sequence once used in the Avengers involving Hank Pym. There are enough variations (and forty years distance) to render this unfamiliar territory, and the switching between memory and delusion is a nice touch.