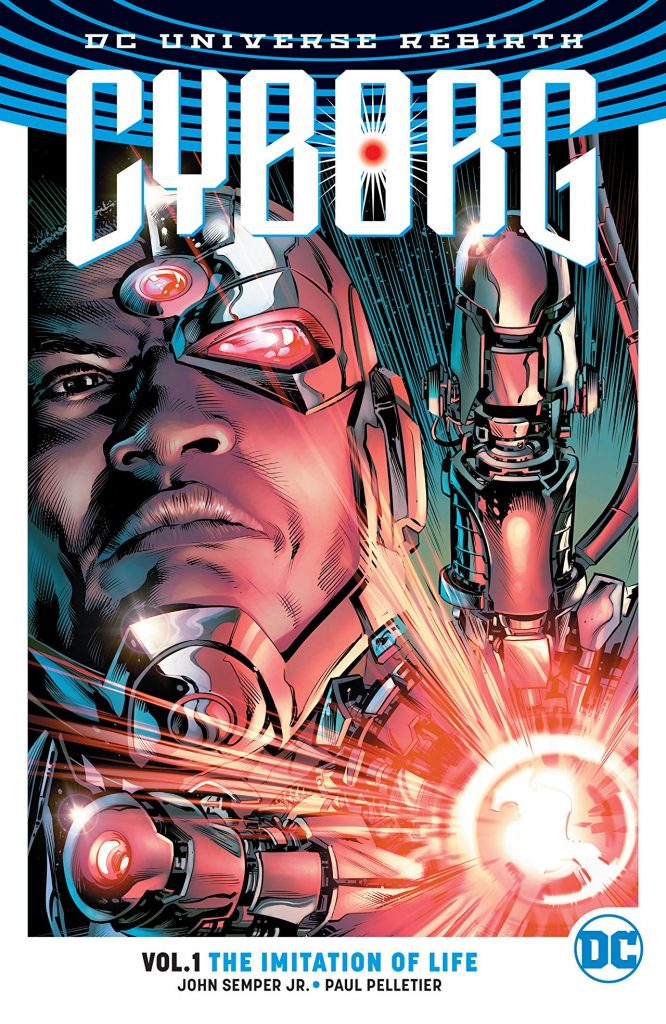 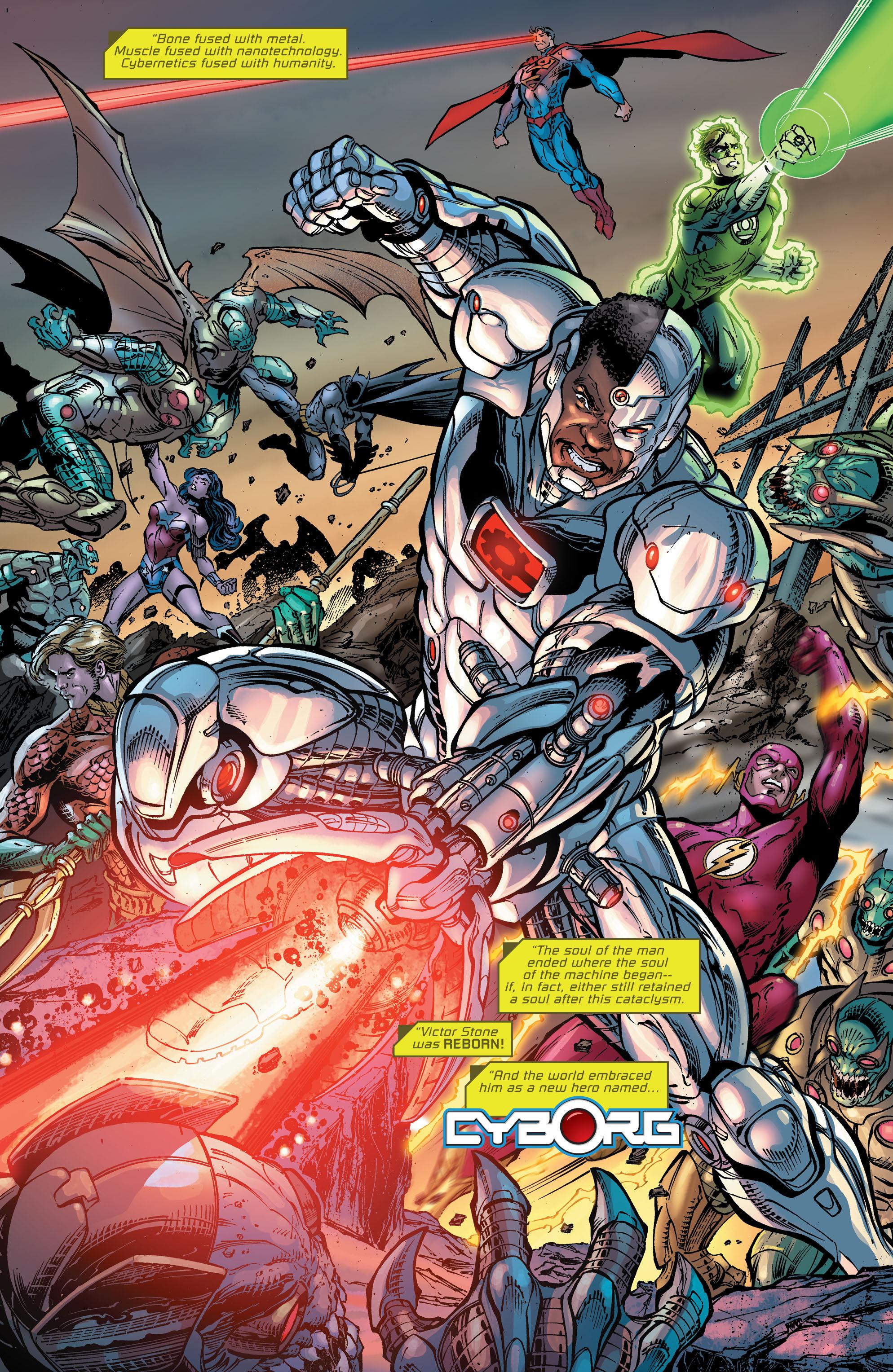 Reading the opening chapters of The Imitation of Life you’d swear writer John Semper Jr is paid by the word and artist Paul Pelletier by the line, such is their dedication to filling every possible square centimetre on the page between them. Semper Jr cheats by repeatedly using the same verbose phrases, a consequence of needing to reinforce matters during the original monthly comics, which doesn’t transfer at all well to this collection of them.

The ‘Rebirth’ prefix is more apt here than on so many of its contemporary titles as Cyborg is seemingly in the early days of his superhero career, the background being taken largely from the work of Marv Wolfman and George Pérez on New Teen Titans. One time college athlete Vic Stone suffered terrible injury, and only the cybernetic engineering genius of his cold and preoccupied father saved his life, this by fusing what remained of his body with metal implants and cybernetic circuitry. The point addressed at interminable, tedious, soul-searching length is if Cyborg actually remains Vic Stone or whether he’s an artificial being that’s assumed his personality. The process is complicated by the emergence of several other more definitively artificial intelligences in a series of repetitive confrontations. The combatants are varied via speech patterns, one quoting Shakespeare (at length to comply with the series theme) to demonstrate its absorption of Earth culture.

After three chapters a parade of artists succeed Pelletier. Will Conrad has his moments, although works in the same fussy style, but give him the benefit of the doubt for attempting consistency. The best of them is Allan Jefferson, but his detail and thoughtful layouts are obviously a time consuming process, and he doesn’t even complete a chapter. Again, give Derec Donovan the benefit of the doubt for having to submit his pages in a rush, but what’s the excuse for Timothy Green II?

The Imitation of Life reads more like a mundane collection of 1980s comics rather than a state of the art 21st century graphic novel. There’s barely any subtlety to the writing, which underlines everything, and it’s already apparent that any pay-off to the major plot threads is a long way away. So far this is a series that aspires to mediocrity. It continues with Danger in Detroit. 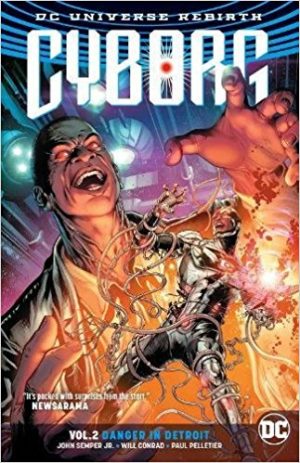 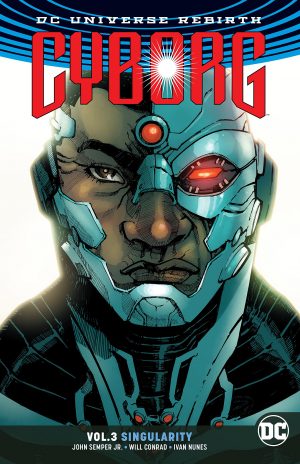