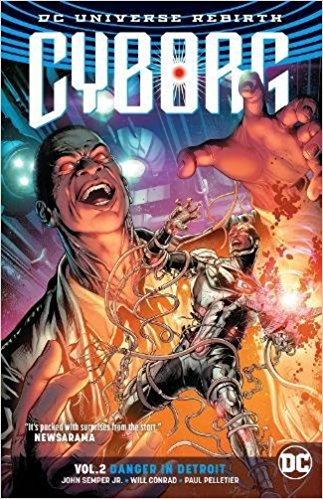 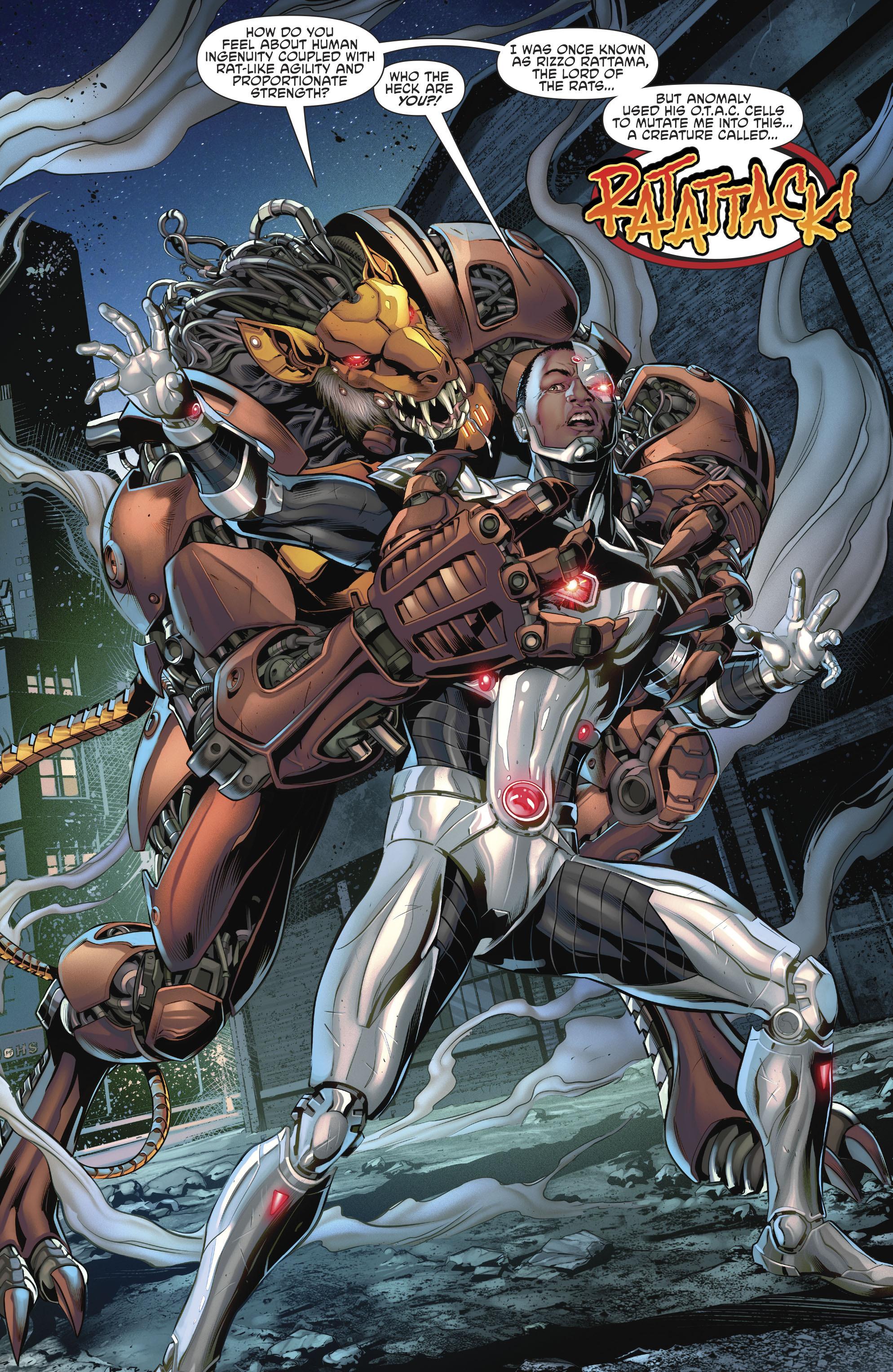 The opening volume of this Cyborg re-boot, The Imitation of Life, wasn’t good, more reminiscent of the lower end of 1980s superhero comics than a 21st century graphic novel about a character possessing state of the art cyber-technology. Is Danger in Detroit any better?

One immediate big improvement is the art. With the occasional lapse, Paul Pelletier is back to the clear storytelling that’s characterised his work to date rather than engraving every single scratch on every metal surface, and when not rushed against a deadline Will Conrad is also a perfectly capable superhero artist. This is a book that looks much better than its predecessor, although Tom Derenick’s pages are less imaginative, but that’s balanced by Allan Jefferson and Cliff Richards being excellent.

The writing? Well, it’s an improvement on what’s come before, but is still exceptionally over-written and still doesn’t convince as it should. Too many rabbits are pulled from hats, and John Semper Jr’s major villain sure is an irritant, but not in the way he’s intended. He’s a character who never tires of the sound of his own voice, going way beyond monologuing. Decologuing would be about right for the sheer interminable amount of gleeful self-justifying verbiage thrown at us. It’s not just from the string-puller either. Everyone so often exclaims rather than talks, which is wearing and poor. And then we have villains calling themselves H8-Bit, Fyrewyre and Ratattack with abilities matching their naff names. It’s such an odd oversight that Cyborg is supposed to represent the very near future, yet is saddled with verbose retro-mediocrities to fight.

After two books we’re still no nearer dealing with the villainous irritation introduced a dozen episodes previously. God help us. At least it’s all over in Singularity.