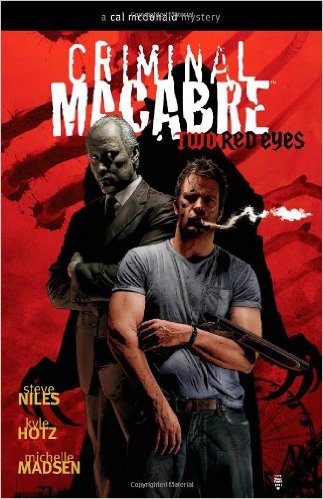 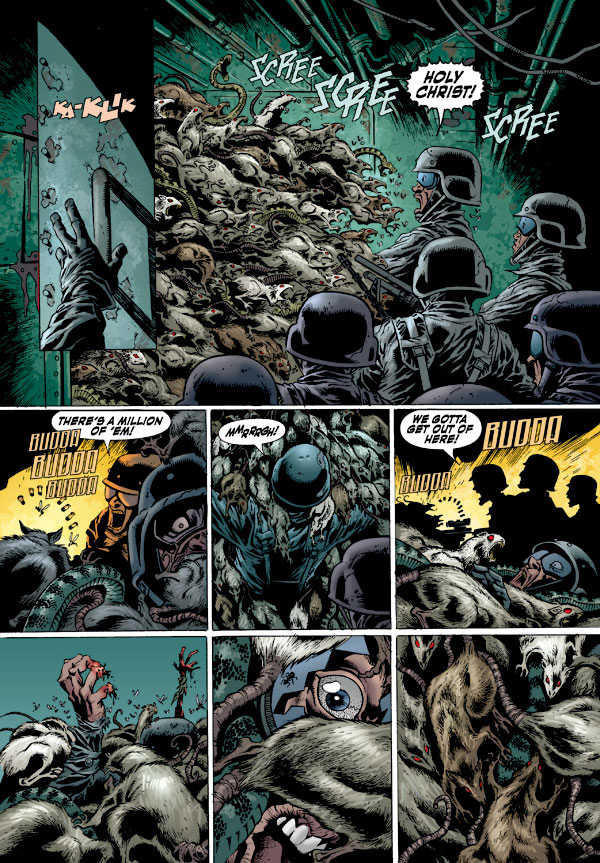 Two Red Eyes opens with Cal McDonald rocked by the death of close friend and ally, Lt. Brueger (as told in Supernatural Freak Machine). It turns out Brueger had been married to a Councilman Benson who has ties to the LAPD, is hell-bent on getting Cal in the worst way, blames him for tarnishing Brueger’s reputation, career, and getting her killed. ‘Worst way’ is also the best description of Cal. He’s physically and mentally broken, blaming himself for Brueger’s death and so self-medicated he rattles. Cal ends up in a hospital bed courtesy of Benson and some friendly police brutality – just the beginning as far as the councilman is concerned – while an ancient and evil Nosferatu is on its way from Europe to deal with McDonald.

Steve Niles and artist Kyle Hotz team up here to portray a more vulnerable Cal forced to face his worst nightmare: sobriety. Niles splashes his trademark dark humour throughout but it’s tempered by the horror that is Cal’s reality. In Criminal Macabre, Niles often diminished the effect of intended shocks by making you snort milk through your nose instead. That still happens here (one sequence the funniest and most original dispatching of a vampire ever seen) except he swiftly reverses it back with dark twists that further poison Cal’s already tortured soul. Niles fosters a feel of eerie creepiness and looming disaster, thanks in part to colourist Michelle Madsen’s use of greens, greys and other murky colours.

Hotz’s art is visceral, gory and often disturbing. Nosferatu is sinister and gloriously evil, his intangible form a work of stomach-churning artistic genius. Cal’s withdrawal nightmares are equally disconcerting. At the same time Hotz gives Mo’Lock and the other ghouls layers of emotional depth and individuality. That can be said of most characters as a range of body shapes and personalities are on display. The fear and revulsion people feel as they encounter unexplainable terrors is expertly captured, and Benson’s hatred of Cal entirely believable.

Niles can never be accused of holding to any romantic notions in his tales. If you are going to face up to nightmarish situations like Cal does everyday, particularly those that kill everyone you love, then it’s going to affect you. When you try to anaesthetise the psychological effects with booze, pills and brutal acts of retaliation then it’s only going to get worse. If you willy-nilly blast lycanthropes that turn back to human form in death, someone is going to link you to it. You feel sympathy for Cal but know the pain is often of his own making. Niles and Hotz hammer this home with scenes of a sober and clear-headed Cal, an even greater and frightening force to be reckoned with, yet always teetering on the brink of self-destruction. Two Red Eyes portrays explicit violence and vivid explorations of the dark side of humanity with plenty of foul language. It is well written but is not for the sensitive.

Cal and Mo’Lock continue their paranormal misadventures in My Demon Baby, and both books can be found along with the following Cell Block 666 in the second Criminal Macabre Omnibus. 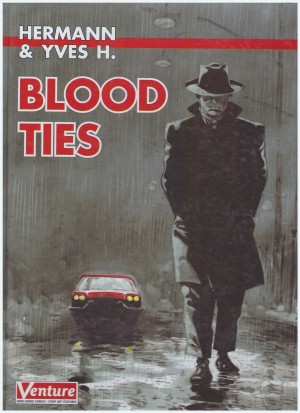