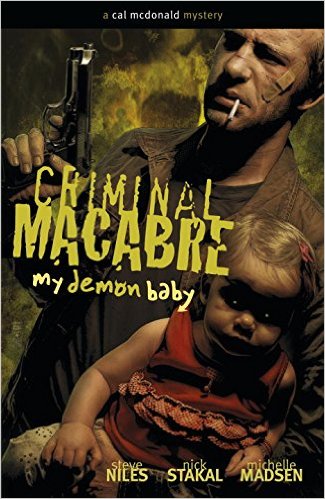 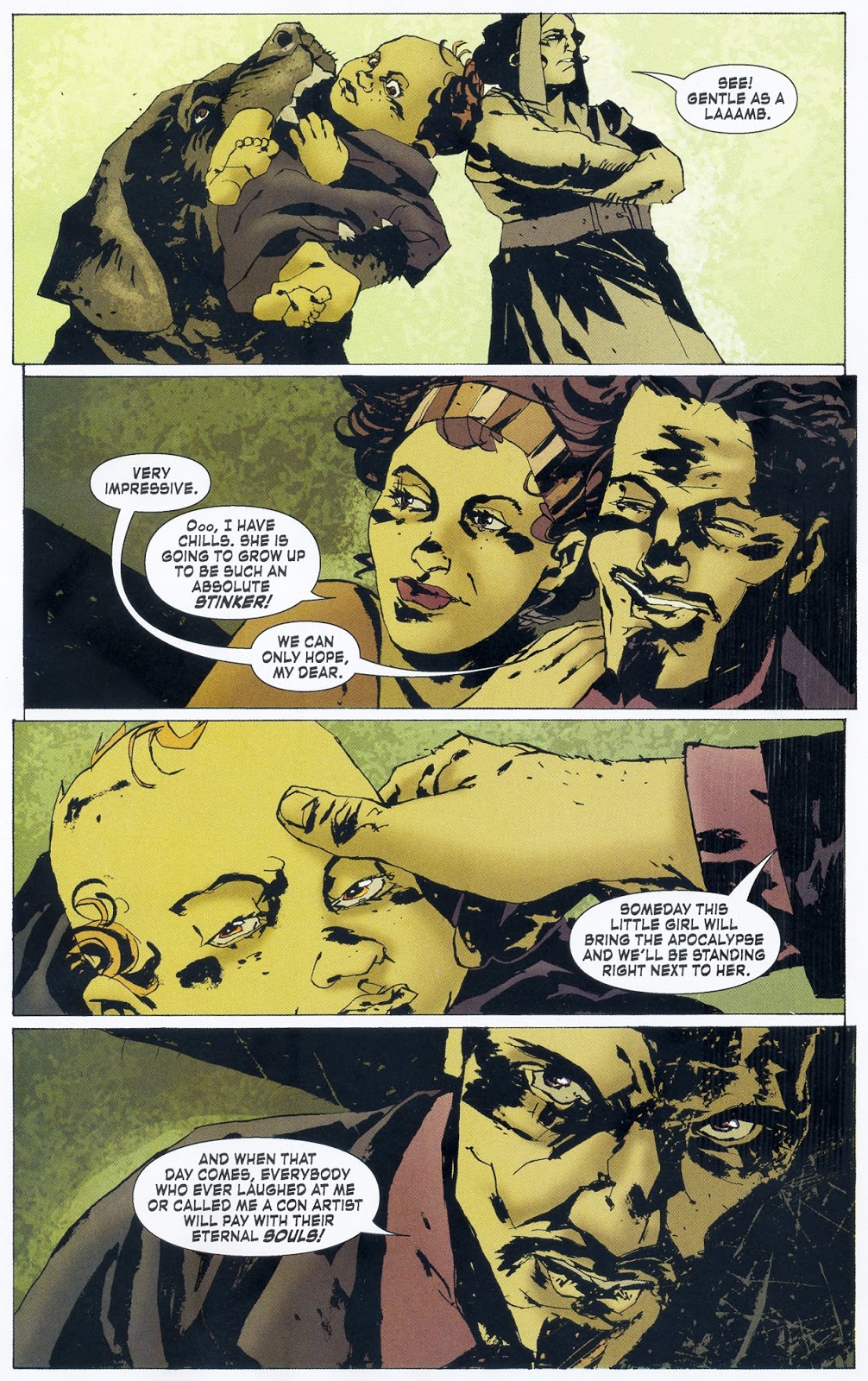 Private Detective Cal McDonald, specialising in the creepy and weird, has hit rock-bottom. Again. In truth, he rarely leaves it. A tragic demise in Two Red Eyes had inspired a sober Cal to wage a one man (plus ghoul) war on the evil undead. Unfortunately old habits and self-loathing ambush to return him to his usual hazy, drug-fuelled state of being. Mo’Lock tries to keep Cal busy by taking him to see a priest who hires Cal to investigate rumours of a satanic cult attempting to give flesh to the Prince of Darkness. If the cult has been successful the priest wants Cal to seize the infant so the Catholic Church can protect it. Except that a secret Vatican order has got wind of this and sends a zealous centuries-old Templar knight to obliterate Cal, the baby and the satanic cult.

Minor plot-flaws aside (the priest wants Cal to check if the cult succeeded, then seems sure they have) this is a funny send-up of cult and religious stereo-types. Leather-clad neo-nazi nannies, and a plethora of cheesy devil worshippers and charismatic cult leaders taking themselves very seriously, unaware of how ridiculous they look. Steve Niles sets up some really funny dialogue, not least an exasperated Cal giving a running commentary on the cultists’ musical tastes. It’s much lighter in tone than Two Red Eyes but heavier on the gore, thanks to the artistic endeavours of Nick Stakal and colourist Michelle Madsen. Heads are severed, bodies dismembered, faces chewed off, and eyeballs exploded with wanton abandon.

Still, Niles and new collaborator Nick Stakal can wring out tenderness from the bleakness, among it scenes of Mo’Lock staging an intervention when Cal shoots up on heroin. Mo’Lock’s voice is hardly raised but his actions are incredibly physical, a startling and effective contrast. Cal is so battered and world-weary you might almost forgive him the constant use of painkillers. In his more sober moments he shows affection for the baby, seeing a reflection of his own messy life in hers while revealing a side he keeps well hidden. Mo’Lock (carrying himself with poise and dignity) knows he is the only friend Cal has left in the world. Despite the near-emotionless ghoulish features Niles and Stakal make the loyalty and love he feels for Cal drips off him.

The content is dark, mature and gore-laden so the Criminal Macabre series will only appeal to certain readers, but is consistently well written and illustrated. Some writers work best with one or two artists but Niles continues to impress with various artists, here allowing Stakal his own unique interpretation of the characters. The plot remains steady and continues to build up events from Two Red Eyes to culminate in Cell Block 666. All three books are collected within Criminal Macabre Omnibus vol 2.