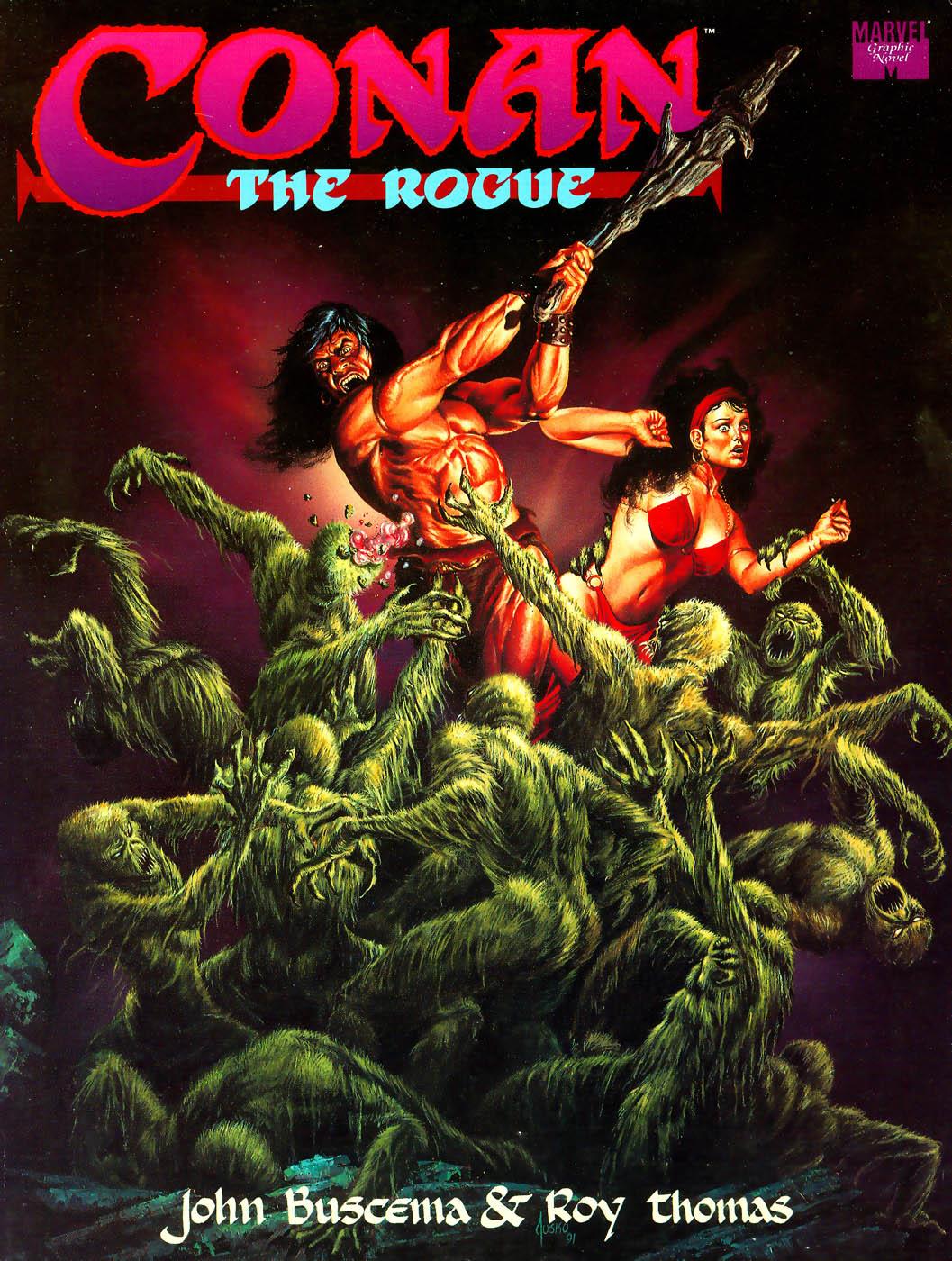 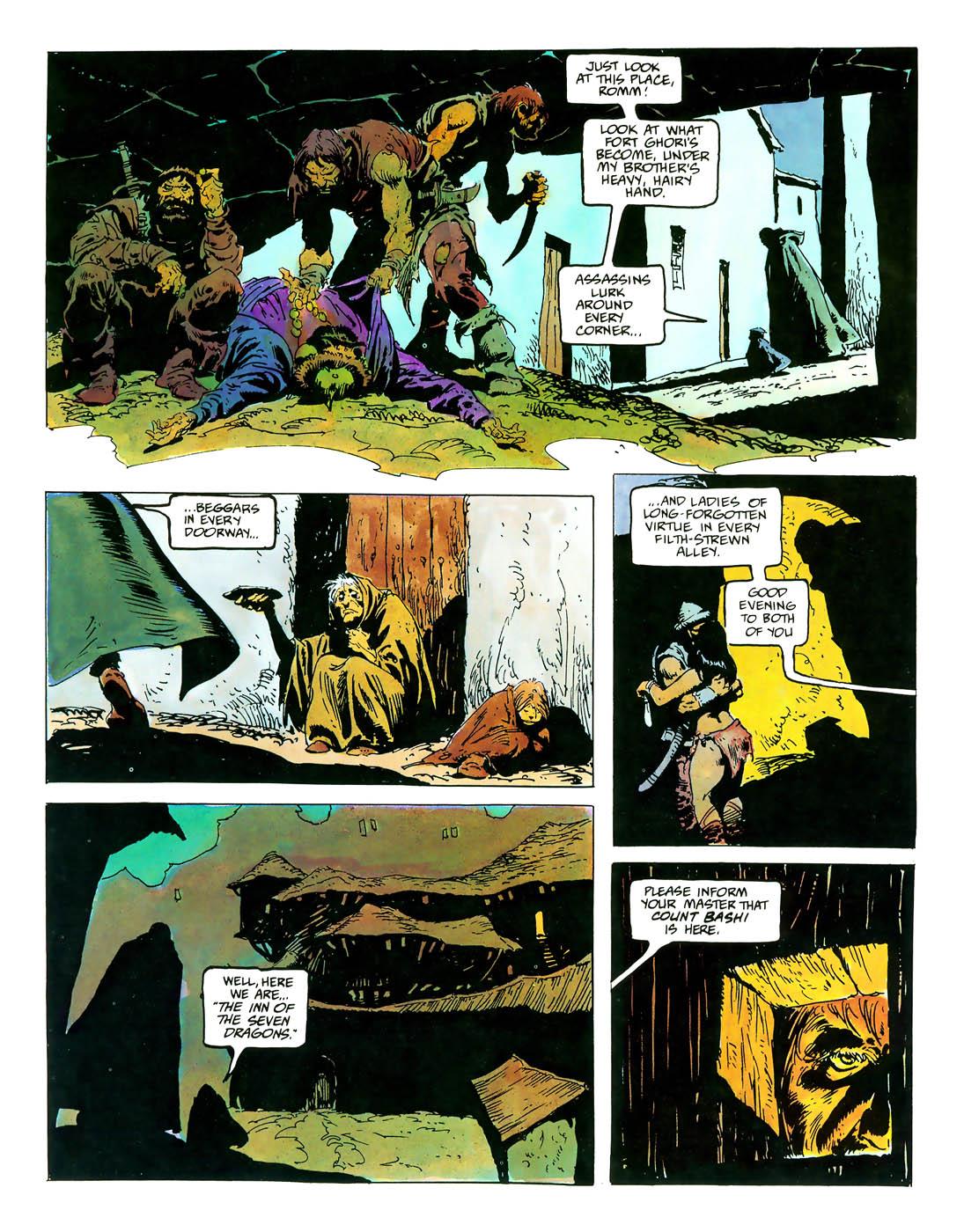 Roy Thomas and John Buscema collaborated for years on Conan, but this was the sole occasion when Buscema also received a story credit, and it also features the rare sight of Buscema colouring his art. His increased participation seemingly inspired Buscema, as the art here is fantastic. The opening sequence first sees a drunken Conan expelled from a bar, then wandering the squalor of the city in which he finds himself the following morning. It’s an exemplary piece of storytelling culminating in a full page illustration of the local king and his retinue, and Buscema continues in this vein throughout.

The king and that of a neighbouring city are the crux of the plot as their advisers have united to fester war in the hopes of benefiting from the carnage, presuming the kings will be dead. Interestingly, in the light of today’s most prominent fantasy, one of these advisers is a dwarf of royal blood scorned by his family. Their plan is complicated when Conan saves one king’s life, earning employment as a bodyguard.

It transpires that the rogue of the title could be any number of characters as several others have their eye on one or other throne, none of them pleasant. Thomas and Buscema play a clever game of intrigue while Conan here is the drunken brawler, the man who thinks with his fists or lower parts. Will this be enough amid a deadly court of plotters?

As this European format graphic novel was intended for an older audience Buscema is less restrained with his combat scenes, some of which are extremely gruesome by his normal standards. They are, however, commensurate with the atrocities committed by those on the receiving end.

The opening half of the book is consistently entertaining and second only to Conan the Reaver in terms of these 1980s and early 1990s Conan graphic novels. Unfortunately that’s not sustained until the end. With Buscema as co-plotter it’s to be presumed that the story is structured around what he wanted to draw, and the shift of emphasis in the closing half is nowhere near as compelling. We’re presented with reprises of scenes that any Conan fan will have seen dozens of times, with little doubt that Conan will emerge victorious.

And another thing. With Buscema being such an excellent artist, why didn’t Marvel let him draw the cover? Joe Jusko’s painting isn’t anywhere near as good as Buscema on form, and barely connects with the story. 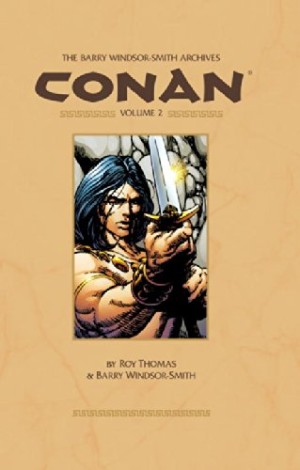