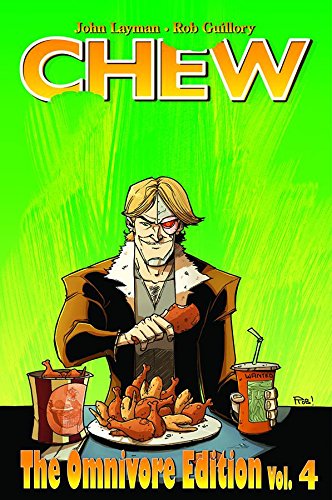 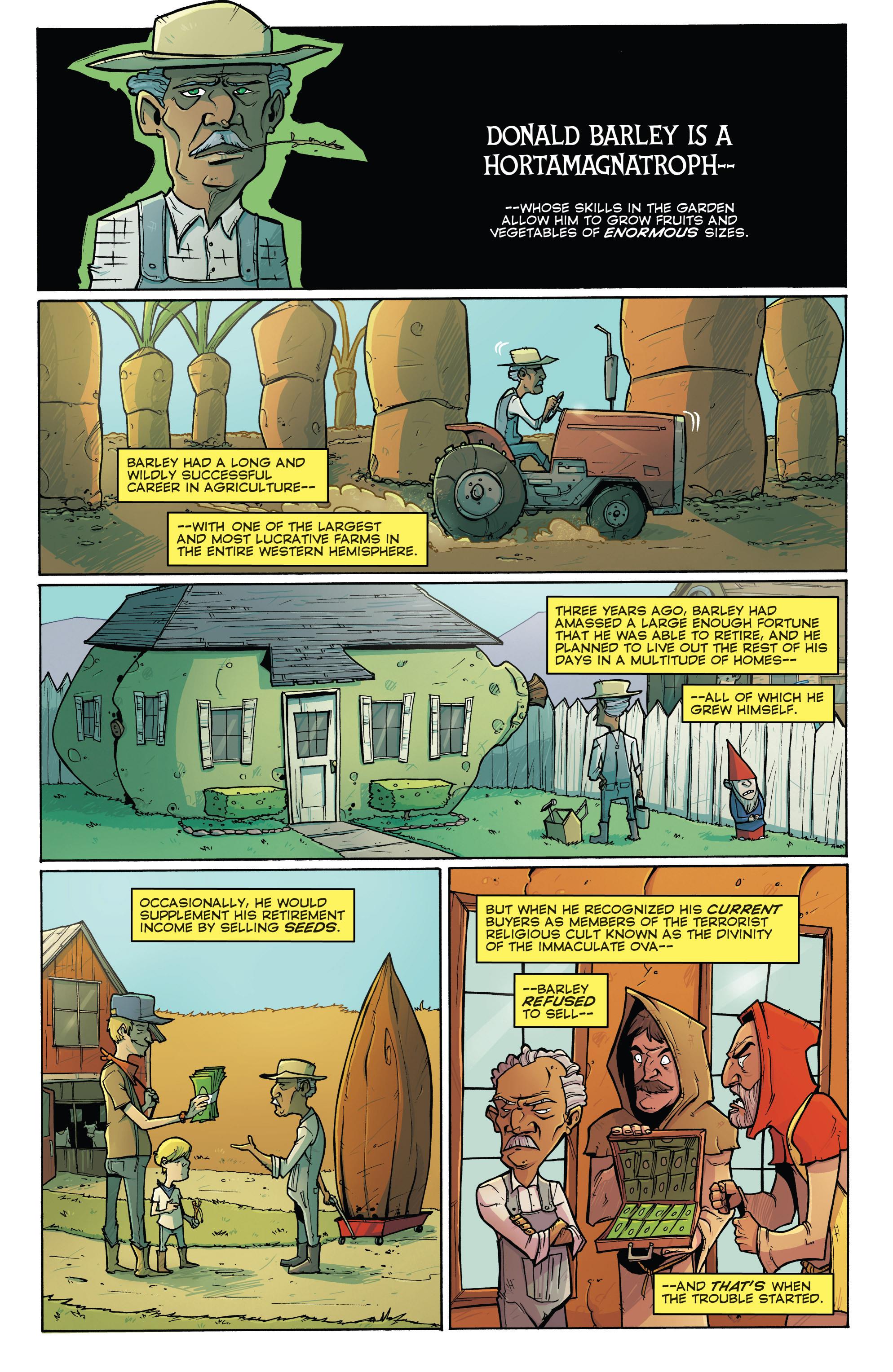 How weird is Chew? Well, try to name another graphic novel where the line “It wasn’t my idea to hack my robotic half-brain into the security system of a top secret super-max government food prison” makes perfect sense in context. And things get weirder, much weirder by the end of this book.

For reasons you’ll know if you’ve read it, Chew‘s central character Tony Chu spent much of the previous Omnivore Edition out of the spotlight. He’s back here, and changed, but his time away highlighted just how skilfully John Layman has introduced new cast members, and how well conceived they’ve been, able to host entire chapters without us missing Tony at all.

A bigger picture has been lurking behind this world of folk with eccentric food-related powers in which poultry consumption is illegal, and elements introduced in this collection start to indicate that Tony has a significant role to play. He’s certainly discovered a previously absent inner fortitude that changes his relationship with some other cast members. Those who’ve been wondering how it is Tony has a daughter, and why they’re estranged, learn the answer here in a tale of two funerals and spontaneous combustion at a fitness class.

Oddly, Tony’s return to prominence led to what was the weakest of the original paperback collections to date, Bad Apples. Let it be said that’s only by the high standards Layman and Rob Guillory have set. The content originally gathered as Family Recipes is stronger. The focus turns back on the Chu family in general and Layman throws the most ridiculous concepts into the mix in completely convincing fashion.

Among all the hilarity, however, Layman introduces strong emotional content, which is some achievement in a title where one of the threats is a guy whose flatulence potentially equates with the damage caused by a large bomb. Toni Chu features heavily, and we see what she’s been planning in order to ensure her brother receives an important message. This involves more Chu family food-based weirdness and confronting a dangerous gangster. Elsewhere the gathering of information and a prison break are the order of the day.

Guillory continues to impress with every page he draws. He loves the series and the characters and this shines through his pages. A specific talent is a fantastic ability for visual design. The Chew cast wear their personalities. You only have to take a look at one of his characters to absorb the essential information about them.

Why buy this expensive hardback when paperback versions are far cheaper? Because this is a series of graphic novels that you can return to and laugh at again and again. Both Layman’s plots and Guillory’s art are densely layered and there’s always something new to pick up on while re-reading. 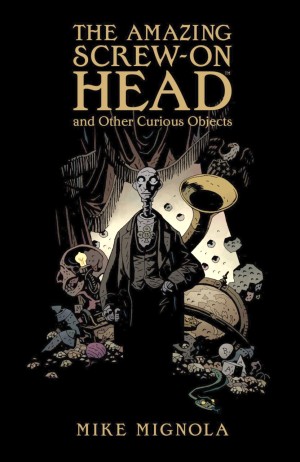 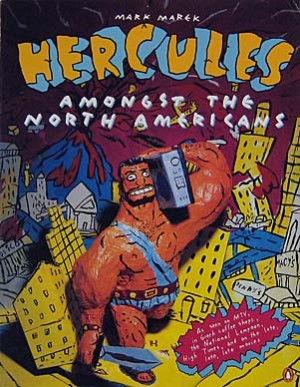 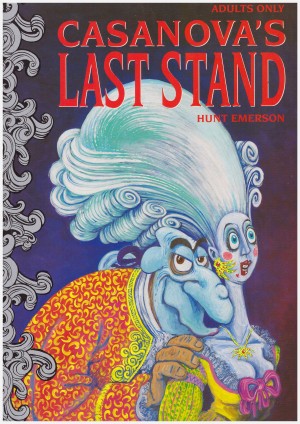