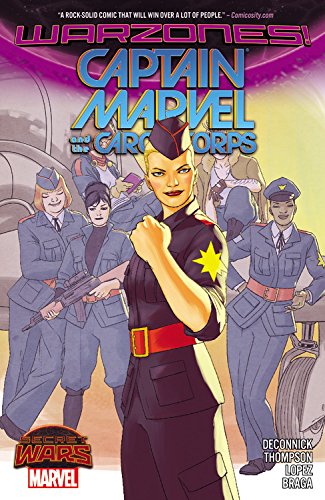 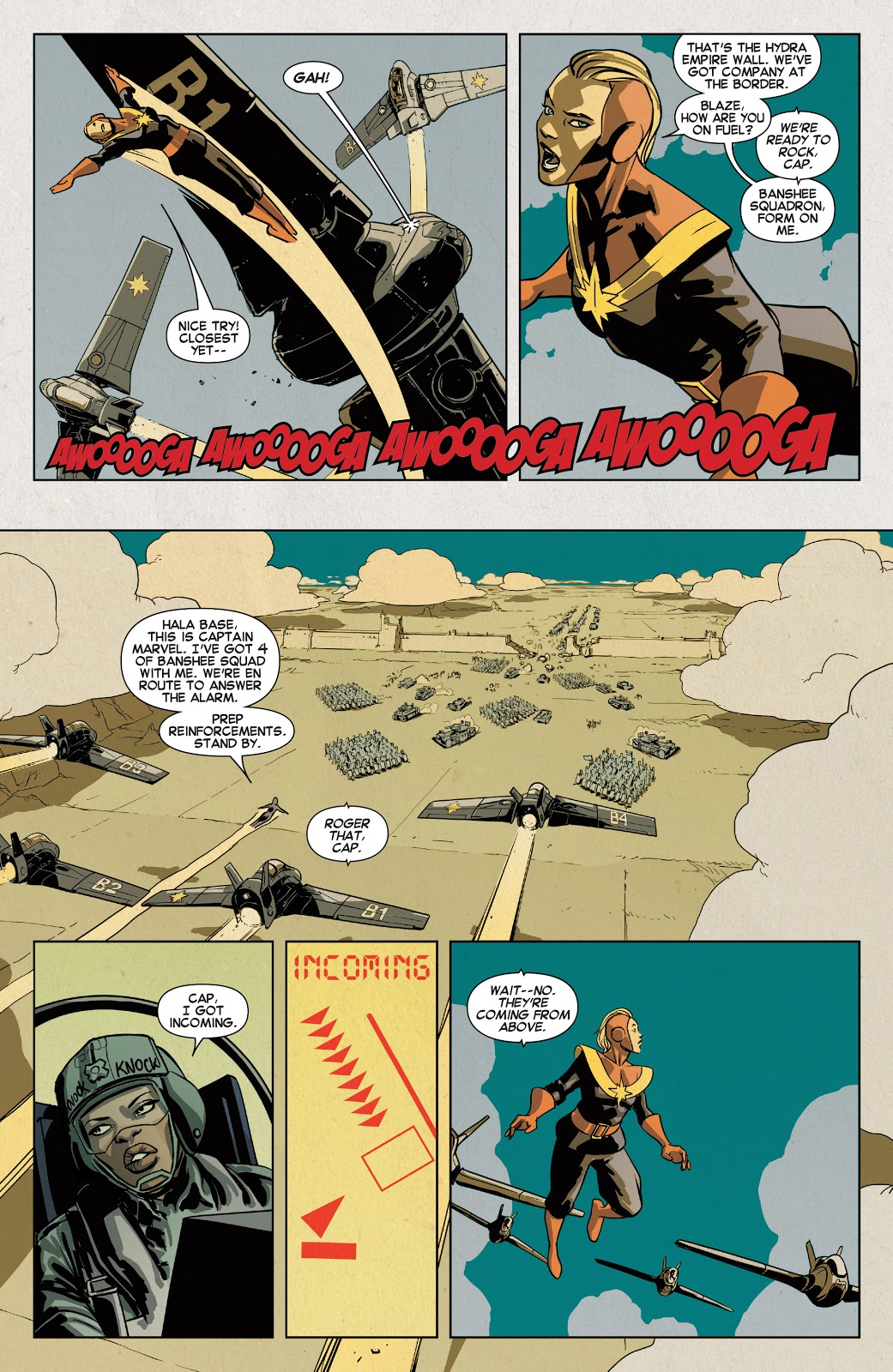 So, in 2015, Marvel decided to bring their universe to an end in order to relaunch all their titles. The main medium for this was a new Secret Wars series. Their regular titles all ended and a few further miniseries filled out the story, in this case for Captain Marvel.

On Battleworld, the combination of all the Marvel universes, ruled by the god Victor Von Doom, Carol Danvers is leading Banshee Squadron, a sort of female Blackhawks flying sophisticated jets, populated by various characters who previously featured in Kelly Sue DeConnick’s run on Captain Marvel, and unofficially known as the “Carol Corps”. In our reality it’s the name Carol Danvers fans have chosen for themselves, so a nice acknowledgement in a valedictory project. Various events lead Carol to question the truth of the world, and Doom’s leadership, so she and her squadron-mates investigate what is beyond the world that they are restricted to. This leads to a clash with the Thor Corps, which includes Captain Marvel’s former protégé Kit.

At least  the creative team who had been so successful on the previous run of Captain Marvel are retained. DeConnick writes, here assisted by Kelly Thompson, and the art is by David Lopez, apart from the final chapter by Laura Braga with Paolo Pantalena. DeConnick’s dialogue displays her usual skill, and Lopez’s art is as good as ever, with a clear line. As the story demands, Lopez works here with darker shadows than in his previous outer-space set tales, and Lee Loughridge provides excellent colours, again working with a darker palette than on the previous series. There are some beautiful and stylish covers included here.

Whilst this is quite a fun alternate take on the character, it’s of no real import, with no lasting consequences for the All-New Marvel Universe. The real problem here is that the whole Secret Wars concept is a terrible idea. And the story presented here makes little sense if as a reader you aren’t following the other material. That this series ends on a cliffhanger, without resolution, does not help.

This volume also includes a 2014 story from the previous run of Captain Marvel, drawn by Filipe Andrade, in which New York thanks Captain Marvel. It’s lovely, but also collected in Avengers: The Enemy Within, and is clearly here only to bulk the page count.

Overall, this collection is all right, but DeConnick had already bid adieu to Captain Marvel, and done it beautifully within the Alis Volat Propriis collection. Captain Marvel and the Carol Corps forms an unnecessary coda to her run. They’re both found in the bulkier collection of Captain Marvel: Earth’s Mightiest Hero volume four.