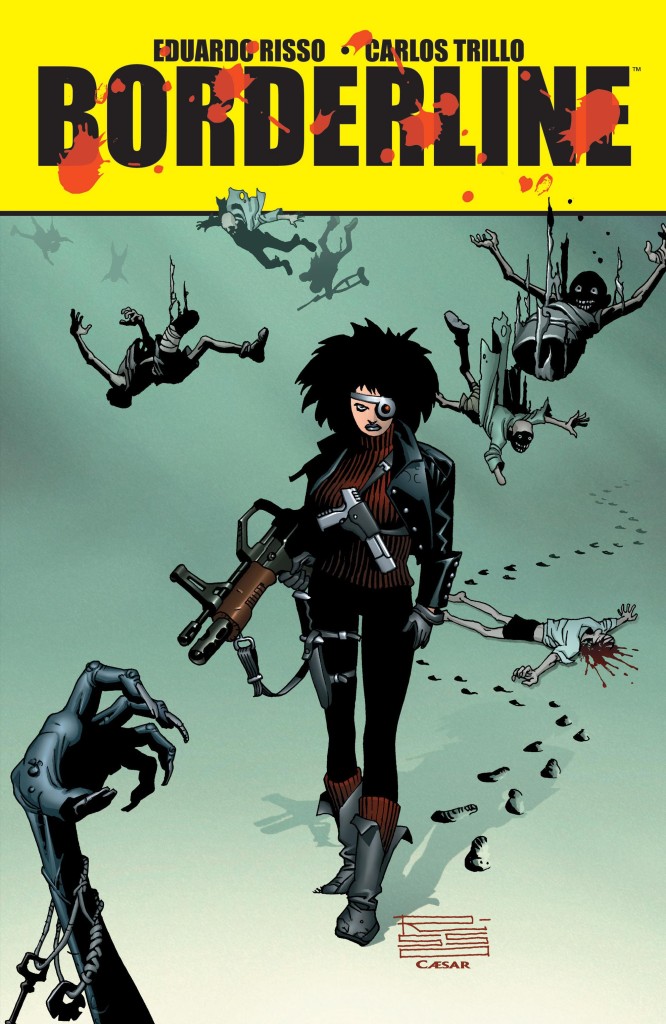 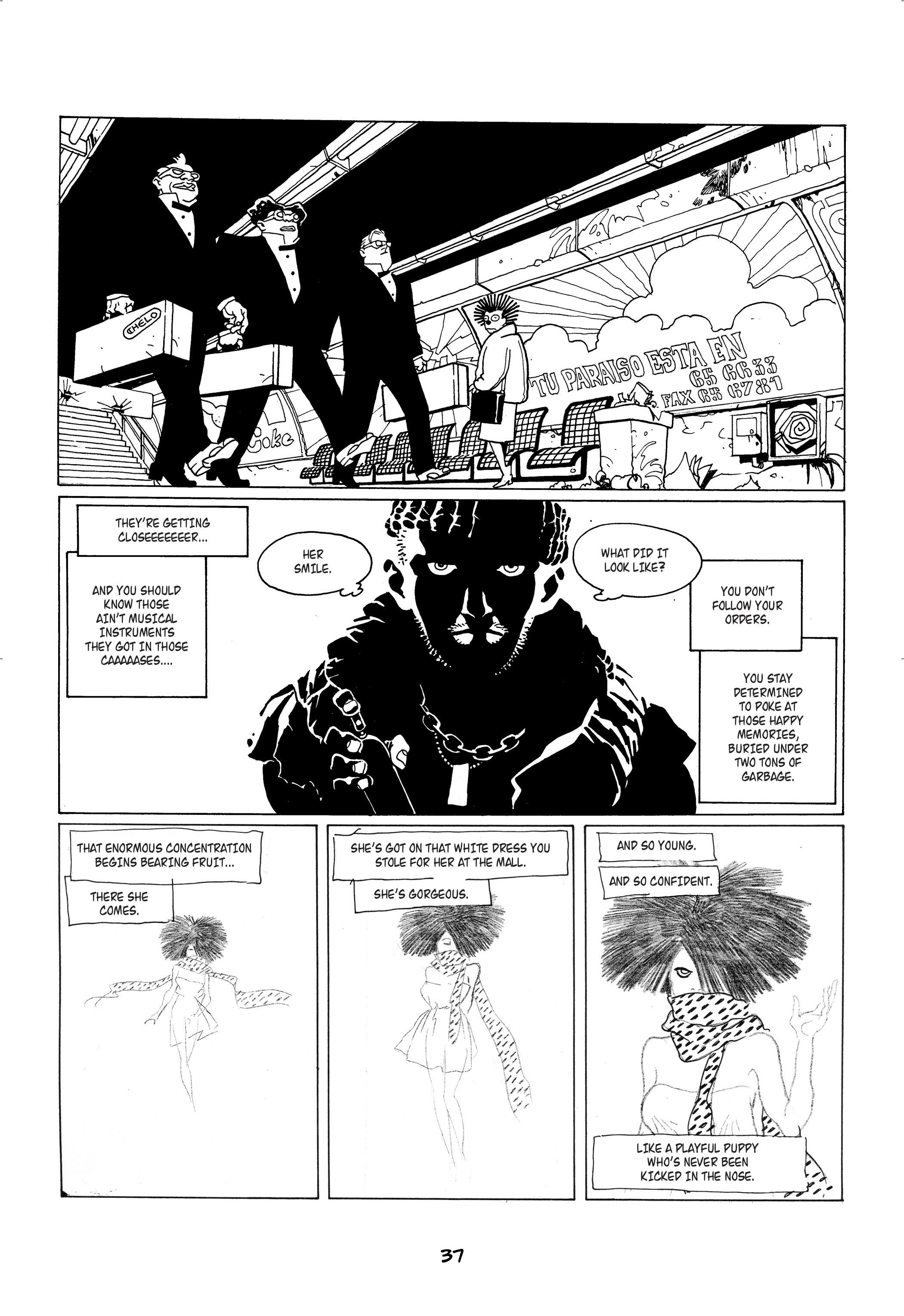 It only takes a dozen pages for Borderline to completely introduce a wasteland lacking any hope other than the temporary bliss-inducing drug of that name. The poor live in the most abject conditions, in what’s referred to as the scrapyard, due to the rich regarding those without money merely as organ donors, and when the most mutated of them can take it no longer they routinely throw themselves off a cliff.

No, “bleak” doesn’t even scratch the surface of Borderline. It’s patrolled by genetically modified security agents unable to communicate verbally, and whose emotions are monitored by their wealthy employers. The rich are painted as experiencing a permanently decadent and indulgent lifestyle, characterised by the blending of sexual identity, and under their sponsorship the state controls the lives of the masses. There is, however, a schism between the Council and the Commune, financial rather than ideological, and each is vying for supremacy without actually wanting to trigger all-out war.

The human core of the series is a female security operative, once called Lisa, now employed by the Council and known as Crash, and her former boyfriend Blue, a tortured soul who works for the Commune. They operate in a world that’s revealed to us in slow drip method, each succeeding chapter adding more to the accumulated awareness.

Carlos Trillo knows how to create a convincing dystopian future, having lived through Argentina’s distressing military junta between 1976 and 1983. It’s territory he’s worked previously, although never to this level of hopelessness. He spreads the misery across eleven chapters of what eventually ran to four volumes, slightly escalating tensions in a series of tit for tat missions with Crash and Blue slaves to their masters.

Despite the horror so carefully constructed by Trillo, Borderline wouldn’t be receiving an English translation were it not for the work of Eduardo Risso. This was produced a year before his US debut on Aliens: Wrath, and three years before beginning work on 100 Bullets, yet a decade into his career there’s no hint of this being substandard. His familiar mastery of light and shade is visible, and if the panels are a little more spartan than usual in places, its in keeping with mood instigated by Trillo. Some scenes are set in the past and deliberately drawn in a different style, scratchy and with less black. In black and white, though, the similarities with Frank Miller’s Sin City are more apparent.

Borderline offers no redemption from the dark existence of its protagonists, and this remorseless negativity is both its strength and weakness. The lack of any leavening hope emphasises each minor setback for the rulers as a giant step, but the relentless oppression hardly makes Borderline an appealing read. Maybe the tone will lighten in volume two. 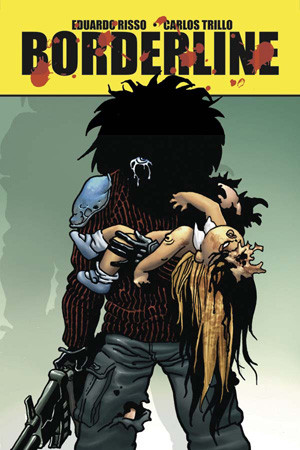 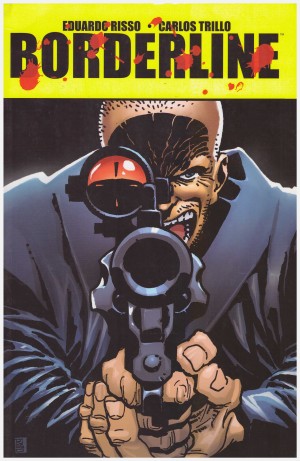 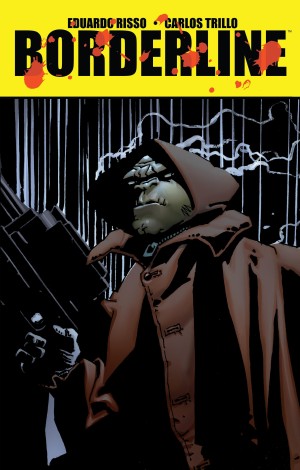