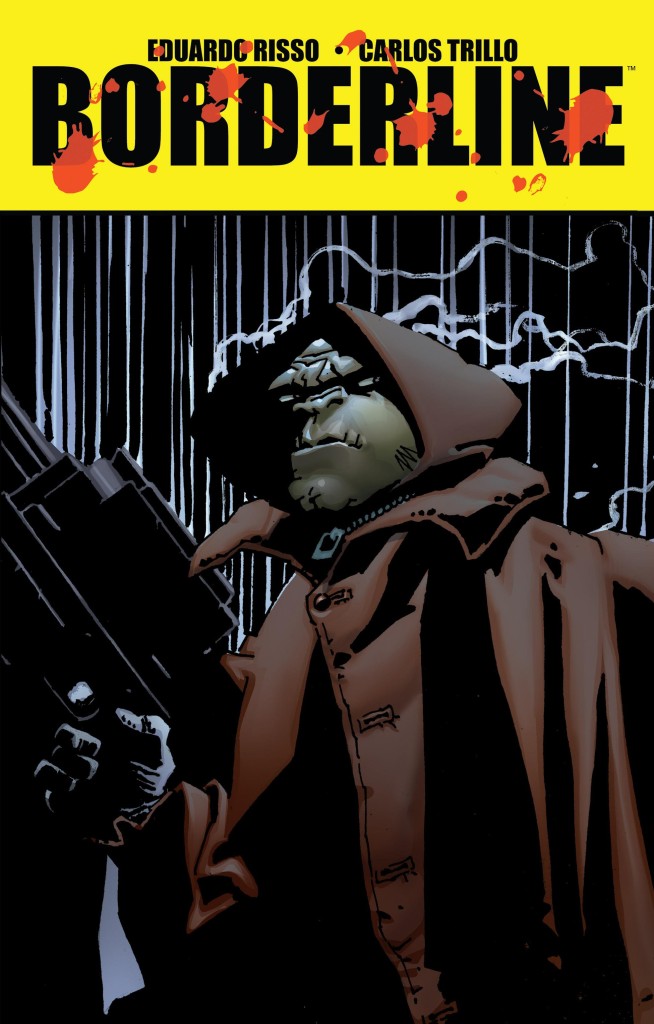 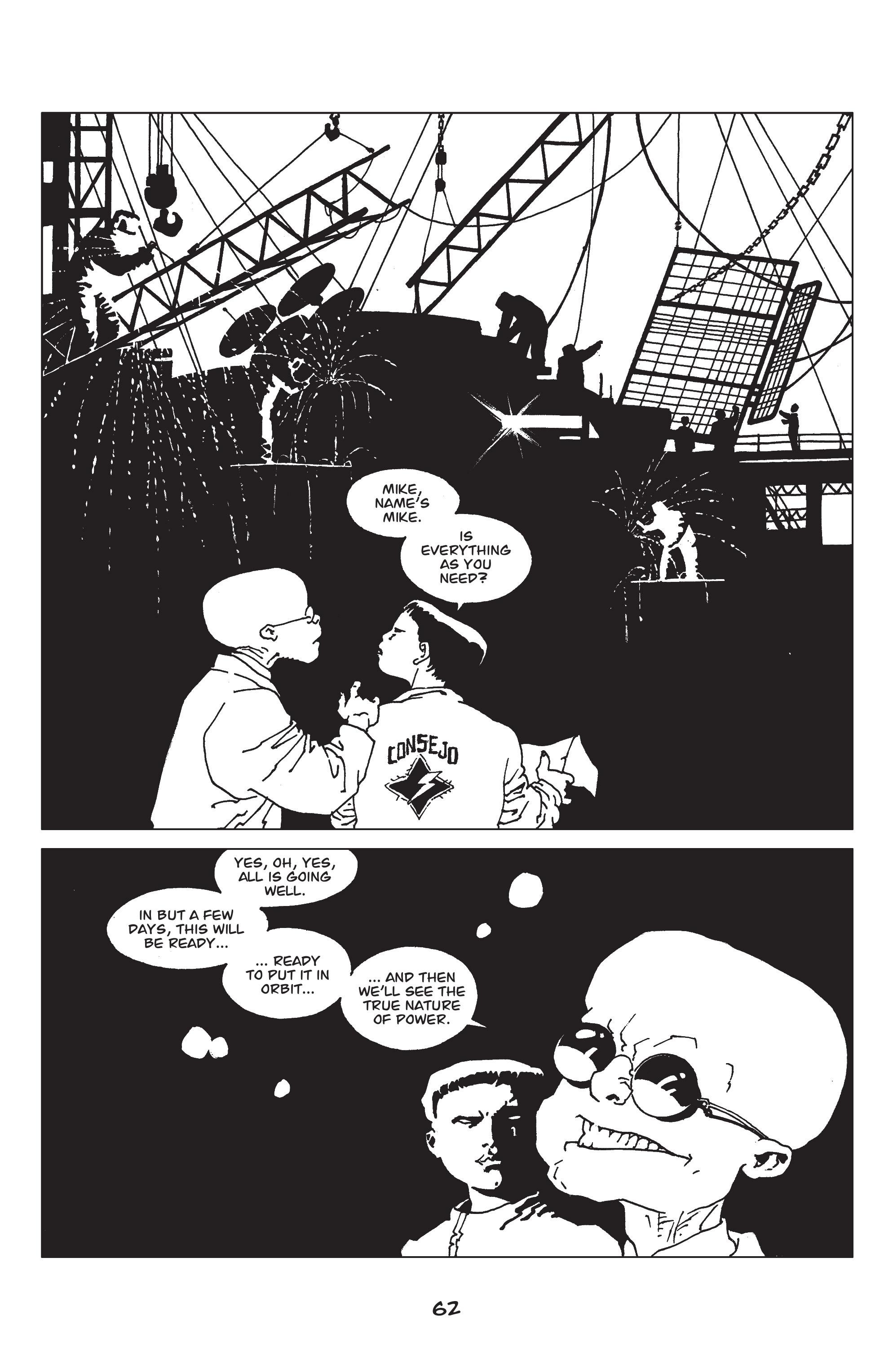 The deeply unpleasant and unforgiving world of Borderline is concluded in the dozen chapters of this collection, the longest of the series.

It’s not immediately apparent that we’re approaching a conclusion as the opening chapters are the inventive short stories that have predominantly sustained the series to date, and there’s no sign of Crash/Lisa, ostensibly our leading character. One of them completely fills in how the world we’re reading about came to be, expanding what was touched on in volume three. In keeping with the series as a whole it’s both sinister and completely barking mad, with ozone weapons, an alliance between Soviets and homosexuals, and the return of a villain from history.

There’s a greater variation to Carlos Trillo’s scripts than in previous volumes, along with an interlude providing a welcome change of setting. Of all the characters introduced Wolf is the most fearsome, a brutal soldier without conscience who revels in what he is. Think of an even nastier version of Marvel’s Sabretooth and you’re there. While not the sole cause of atrocity, Wolf certainly racks up the total percentage, and Trillo comes up with a novel method of ending his participation.

The same might be said of the series as a whole. He’s set his players in place, established who and what they are, and with addition of one new character here brings the worlds of the Council and the Commune, now for some reason referred to as the Assembly, crashing down. There’s a different tone to this collection. While misery and despair still predominate, this is the first book to present the sliver of hope, the merest possibility of change. That single element raises this book to the best of the series. As impressive as the previous volumes have been, this improves upon them.

As starkly contrasting as ever, Eduardo Risso’s superlative art delivers the new spirit of Borderline as effectively as the old. No revolution is cost free, and there are the usual amount of horrific scenes to illustrate, for which we should again be thankful that this series is in black and white.

From the start Borderline has prioritised the extinction of hope, and there’s a deliberately open-ended conclusion consistent with this. It’s been a masterfully bleak, yet consistently inventive series, and while the nihilism and violence may deter some potential readers, anyone for whom this isn’t a deterrent should sample at least one volume.