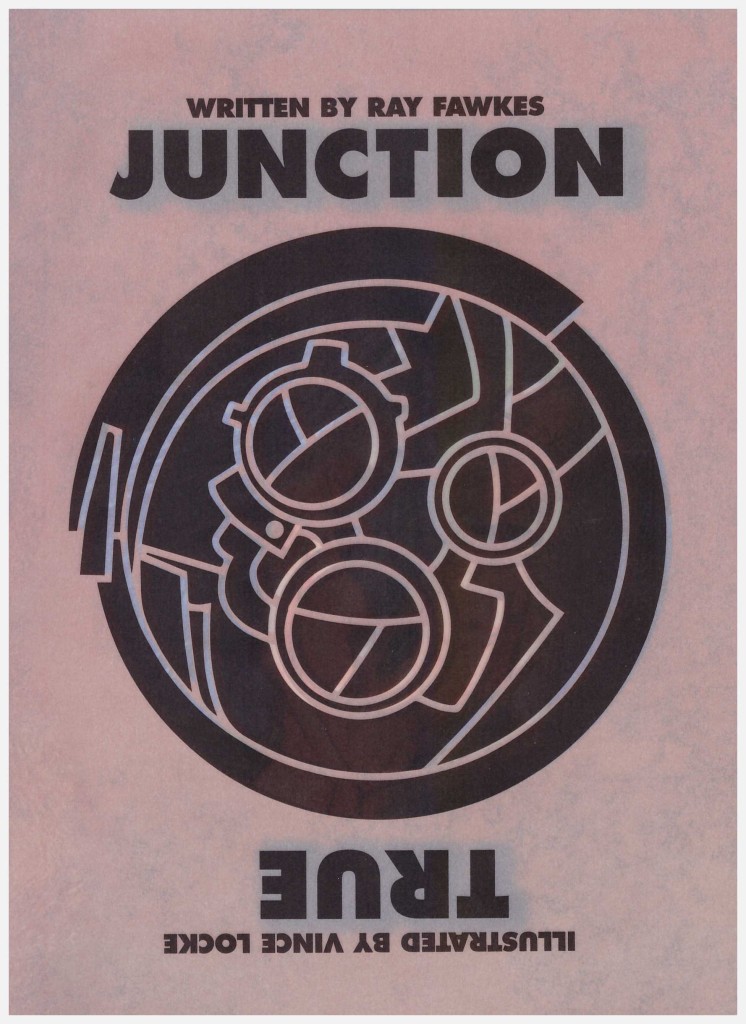 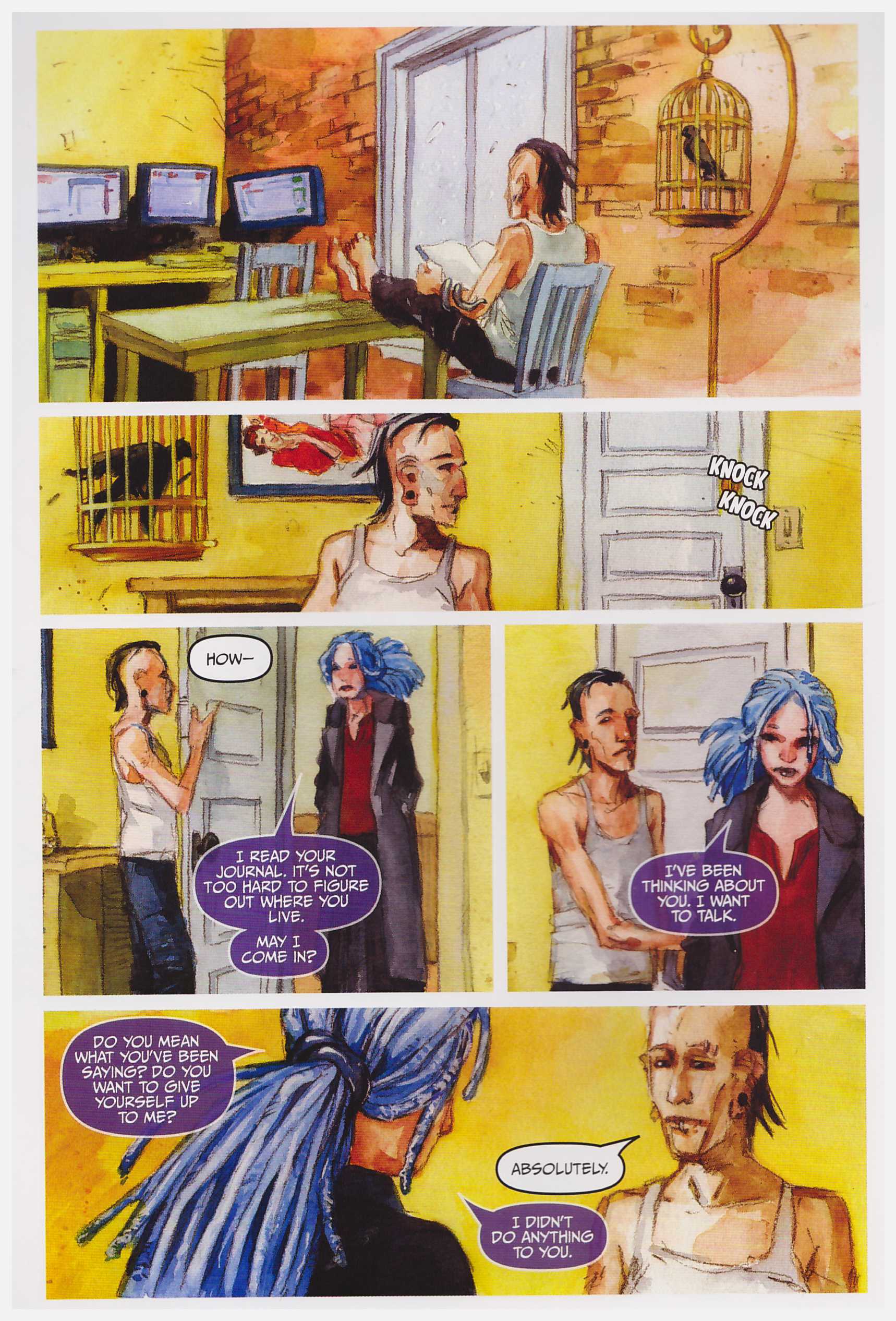 The first item to note about Junction True is the impressive design. We have a heavy stock transparent paper dust jacket with a novel design covering a paperback. It’s possibly there to conceal the traditional cover illustration beneath, where there’s definite sexual imagery. Whatever the origin, it’s intriguing, novel and eye-catching. It comes at a hefty price though, with these 124 pages costing a cent shy of $30.

Once within, though, when the purpose of that design is revealed, it takes on altogether sinister aspect. This is a very graphic novel about infatuation, subservience and surrender exploring some very dark territory indeed.

We’re presented with a near future world where body modification has progressed well beyond tattoos and piercings. Genetically modified insects, dangerous surgery and technological implants all feature in this society, yet for some shock and vanity is an achievement with a terrible cost. Death, mutilation and disfigurement are among the consequences for early adopters, and with the technology outlawed it’s only illegal practitioners taking great risks who’re prepared to carry out the surgery.

It’s also a world where blogs are 24 hours a day and literally the life of the blogger who transmits video footage of their entire existence. One is Dirk Brody, instantly infatuated by use of sexual pheromones applied by the alluring blue-haired Teralyn. She wants a puppet, created by removing the digestive system and installing an implant, ensuring the recipient is completely dependent on their partner for nourishment, and therefore life. It’s an irreversible procedure, and so the surgeon insists on a week’s delay after the decision is made.

On the other hand, this is horror, truly visceral horror, and strong personalities are rare genre exceptions. The brief is to disturb, and you will be disturbed.