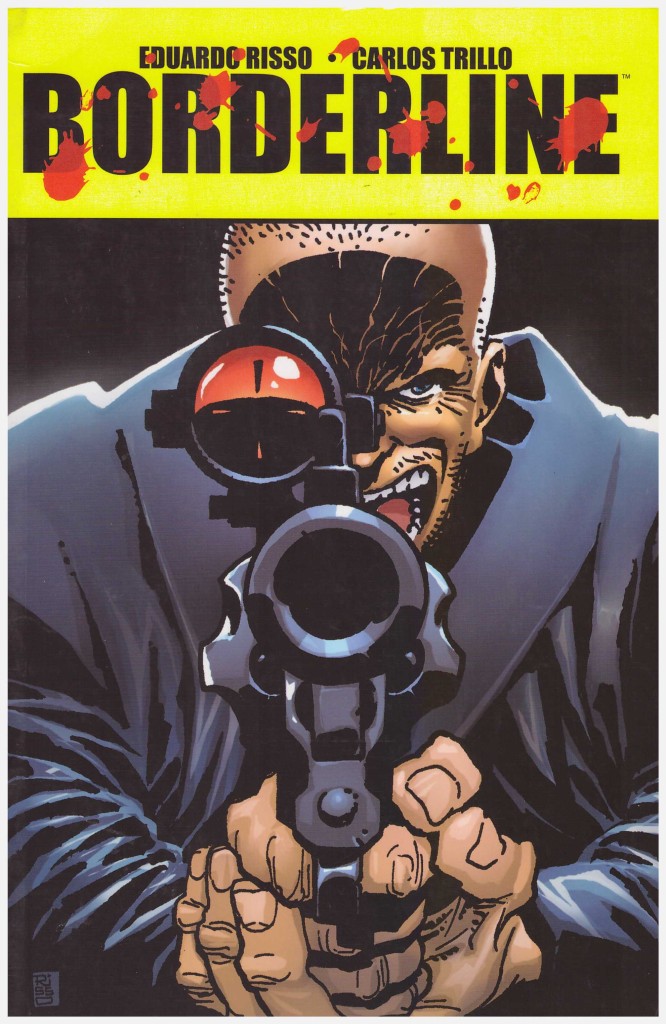 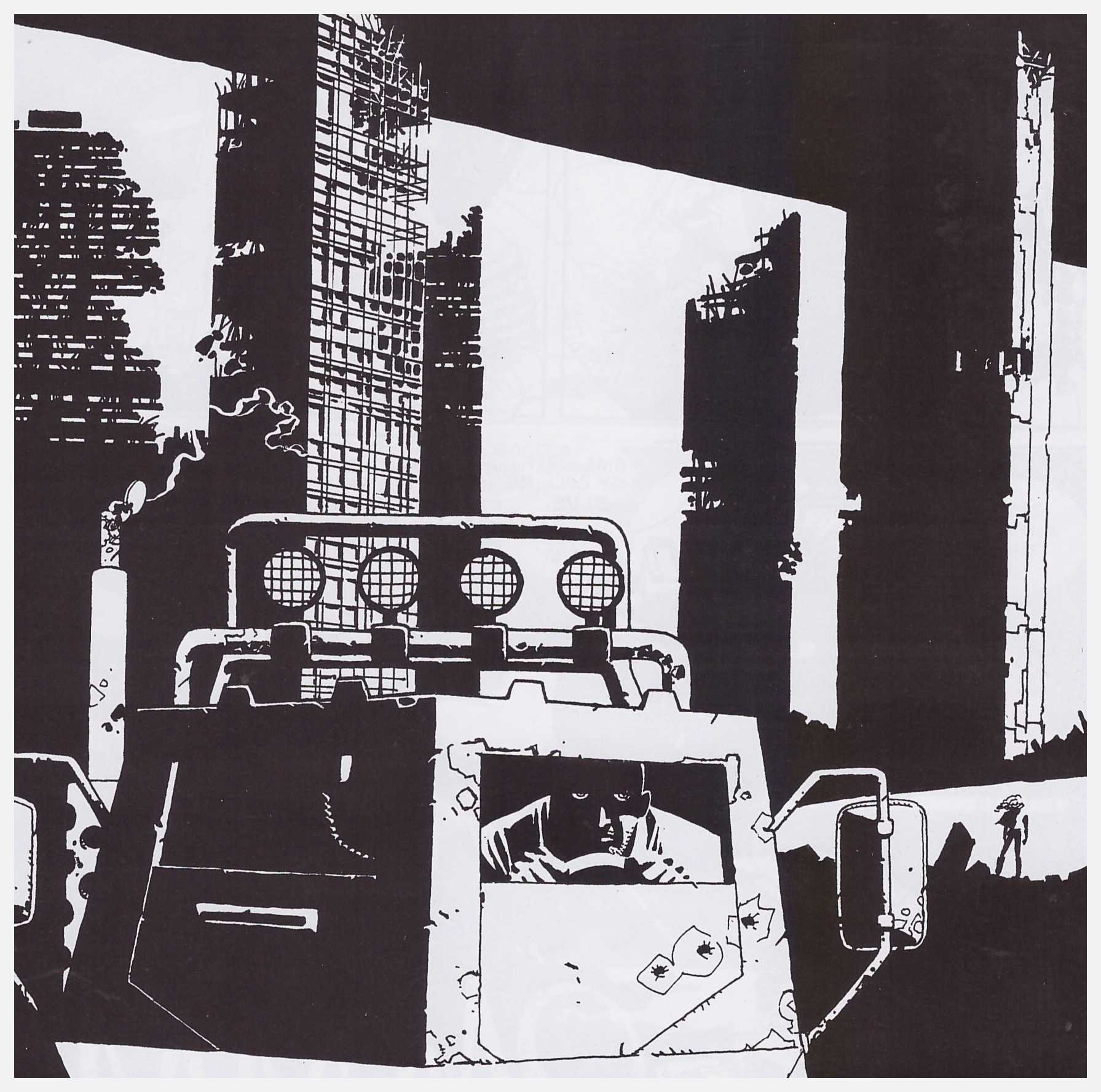 Ready for another dose of downbeat dystopian misery?

There’s a shift of emphasis in this volume with three revelations. The first is that far from being trading partners with humans based on the moon, the Council at least is actually subordinate to them. Secondly, we see how the world of the Council and the Commune came about, a scenario to which more detail is applied in volume four. The other disclosure is that precognitives are employed, or, more accurately, cruelly confined and forced to share their visions. They’re extremely rare, and the best of them is now completely worn out. Another, though, has appeared among the dregs of the Borderline.

So far Carlos Trillo has largely glossed over what life is like for those living in the nuclear wasteland after which this series is titled, but here it’s the full depressing monty. They scrabble about for what little sustenance they can find, they’re in a condition of perpetual injury and mutation, and their lives are of no concern to the ruling elite who eradicate them at whim. It is, perhaps, the wretchedness of Jack Kirby’s Apokalips displayed in a manner that he couldn’t in mainstream comics.

It’s the psychics who come to dominate this book. Although it’s divided into chapters, the first two-thirds aren’t individual as in the previous books, but serialising a longer story. In the opening chapter Blue earns some credibility after an encounter with a psychic, correctly predicting an assassination attempt, and so preventing it. Few secrets remain so for long in this world, though, and soon his source is the focus of an intensive hunt.

The conflict and tension among the ruling representatives continues to simmer nicely, while we also have a greater insight into the fearsome Wolf, and how he came to be. His atrocities continued to shock, while one so far regular cast member outlives their usefulness. Elsewhere it’s the mixture of perversity, horror and isolation that’s characterised the series to date.

Although drawn before he made his mark in the USA, Eduardo Risso was already a top artist, and his detail and mastery of light and shade makes this a must read for any fan of good art. His blending of white and black verges on abstraction at times, and whether he’s illustrating the high-tech world of the privileged or the rubble occupied by the remainder of society he supplies thrilling storytelling throughout. The following volume four concludes the series.