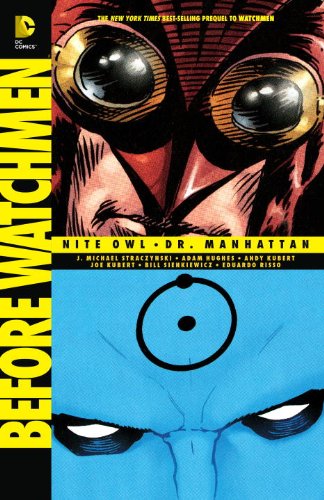 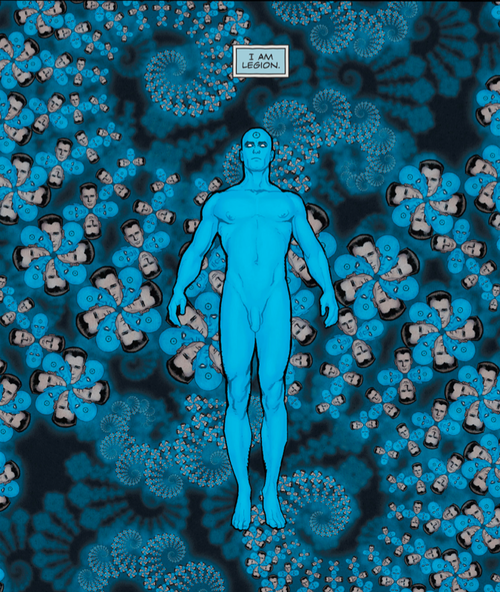 This is the best of four resulting books, because J. Michael Straczynski is a more imaginative writer than most of his peers, and one who in two cases didn’t elect to take the obvious path of career recap, and when he does follow that path for a third he actually bought his own elements to the table.

That works with Nite Owl, the everyman hero for whom doing the right thing was simple. We’re supplied with his background prior to meeting Rorschach and a convincing reason for their disagreements. Dan Dreiberg’s upbringing isn’t what you might expect and it presents a credible reason for the man he became, even if he’s taken on some contrasting journeys. Adam Kubert pencils, looking better when inked by his father Joe than by the scratchier style of Bill Sienkiewicz.

Our other presentation feature disappoints. Even the very rare sight of Adam Hughes drawing full comics again doesn’t compensate for a narrative bogged down in philosophical tedium. Straczynski explores the concepts of quantum physics, presenting the all-powerful Dr Manhattan as a curious being, yet not one above tinkering with what others would perceive as the past to ensure certain outcomes. It’s clever in some respects, but requires repetition and reinforcement to make the point, and in doing so fails to entertain. Credit is due, though, for being the only writer involved with the entire Before Watchmen project attempting to produce anything other than a standard superhero story. And of course, in 2016, what Straczynski intended as a throwaway element of his conclusion has been re-formatted. Hughes draws very nicely, and it’s likely to be a cold day in hell before we see as many comic pages from him again, so that’s something to make the most of.

Who’d have thought the villain Moloch would prove to be a highlight of Before Watchmen? He’s not cover featured, is only handed a two chapter outing, but this works due to Moloch’s peripheral role in the original tale. He was a gang leader in the 1940s, and his death in the present day served a purpose, but we don’t know an awful lot more about him. In what’s a far more engaging and entertaining story by Straczynski, we learn. He’s man genuinely wanting to reform, and horribly betrayed. It’s the sort of territory that artist Eduardo Risso is very much at home with, and his pages are well up to his usual standard.

As a collection this is the best of the Before Watchmen projects, and as individual stories only Darwyn Cooke’s Minutemen betters them.