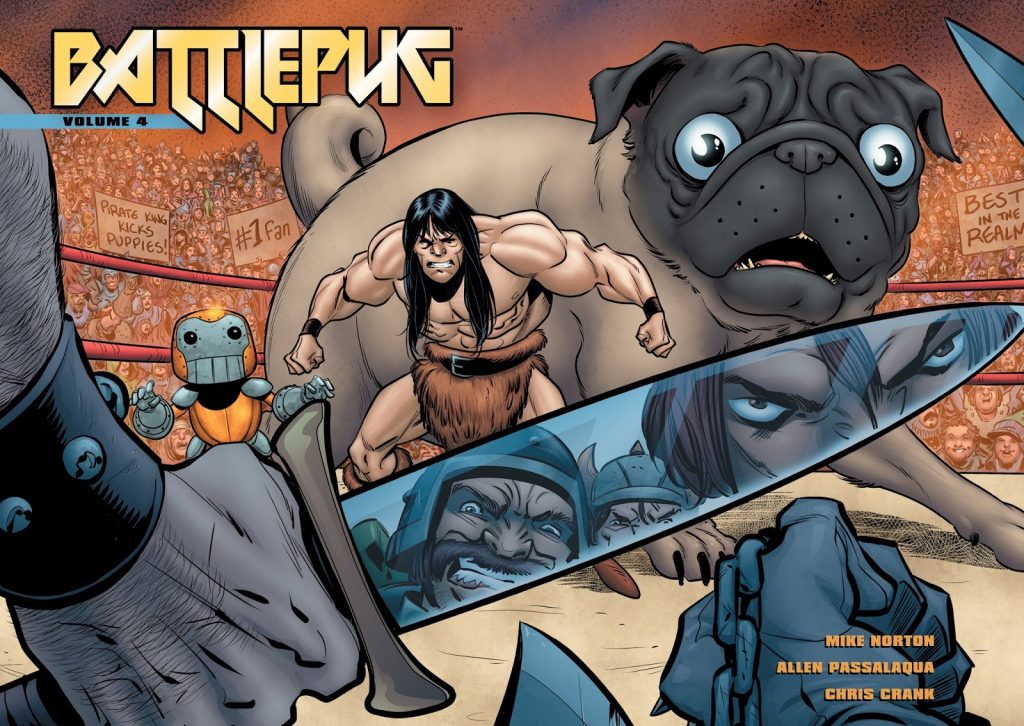 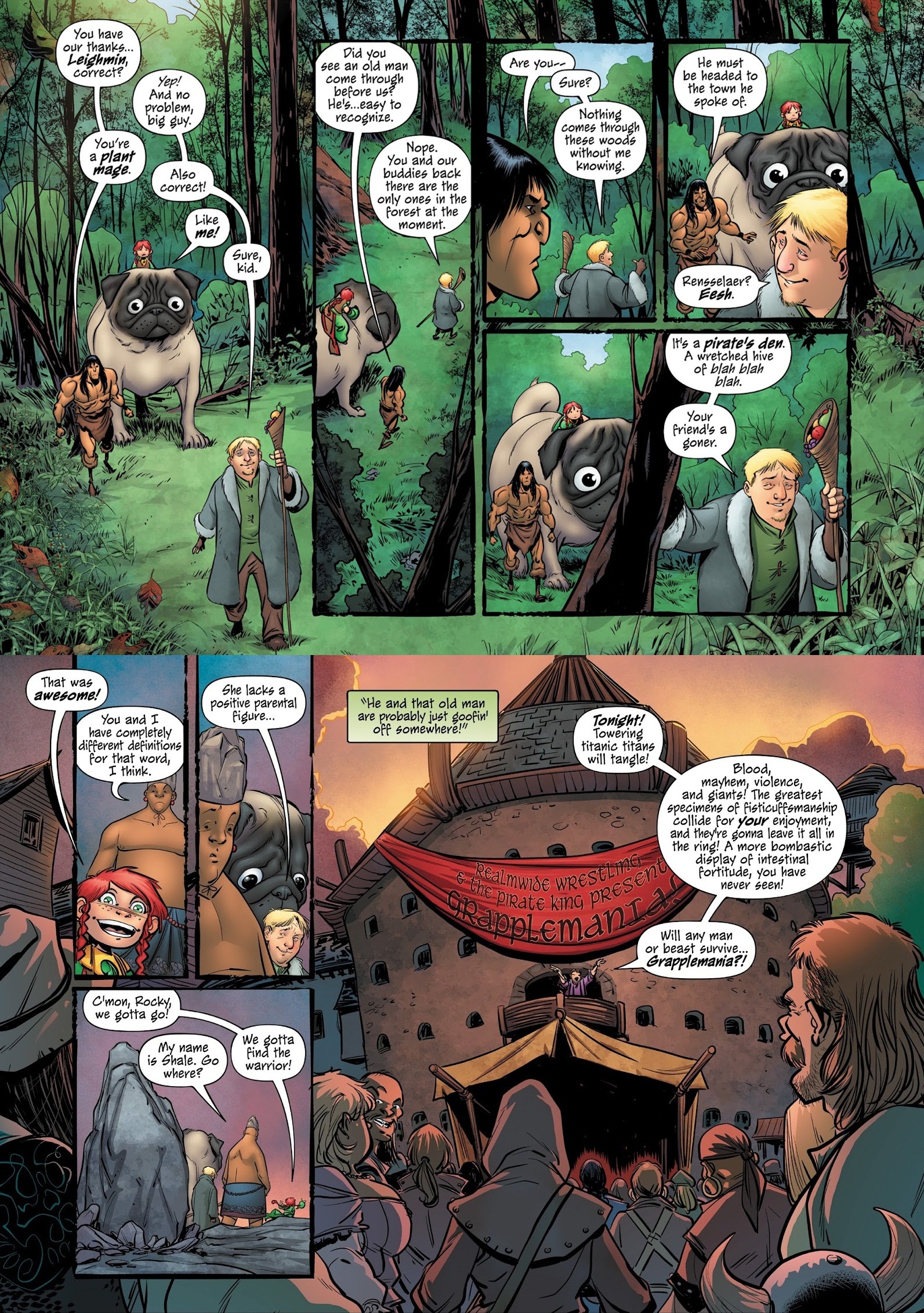 With every successive volume Mike Norton’s built up the world of Battlepug a little further, adding to the cast and background, and with Sit. Stay. Die! he revealed the purpose of his warrior was to unite mages with three different talents and save the world from the dangerous and avaricious Catwulf. Given there’s another volume to go before Battlepug finishes (Paws of War) it’s fair enough to say not all goes as planned.

That’s not to say we aren’t provided with the full quota of entertainment. We learn a little more about a character who’s been around since the start, deal with an imposter, and we have a satire of Wrestlemania. Did anyone see that coming? Our warrior’s meant to test himself, and what better way to do it than pitting himself against the best of the best in the Pirate King’s stronghold? Norton keeps the surprises coming thick and fast as the cheerful companions of the previous volumes are now separated and off on their own quests, and Norton has begun to throw in the sorts of harsh ethical judgements we see in some Conan stories.

If there’s a complaint about The Devil’s Biscuit it’s that pug lovers are somewhat short changed compared to earlier volumes, as the separation means our Battlepug is only around for half the scenes. Also, we never do find out the meaning of that great pug carved into the cliff face seen last time around. And cat lovers are probably best advised to avoid this volume and skip straight ahead to the next. Both are also available in the thicker landscape format of Battlepug: The Compugdium.

Each volume to date has ended with a succession of other artists drawing their versions of the warrior and Battlepug, and the submissions are obviously now arriving in quantity, as this is the largest selection yet. 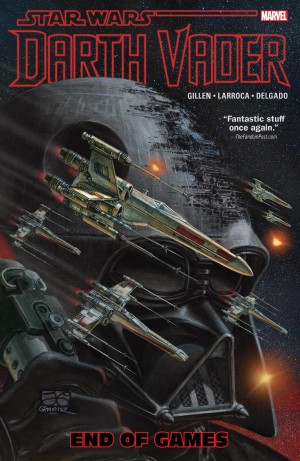 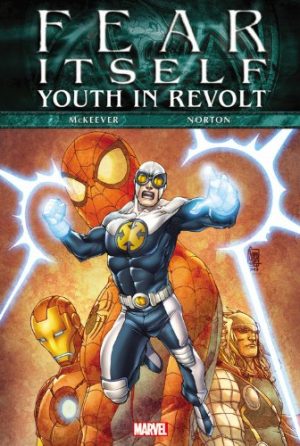