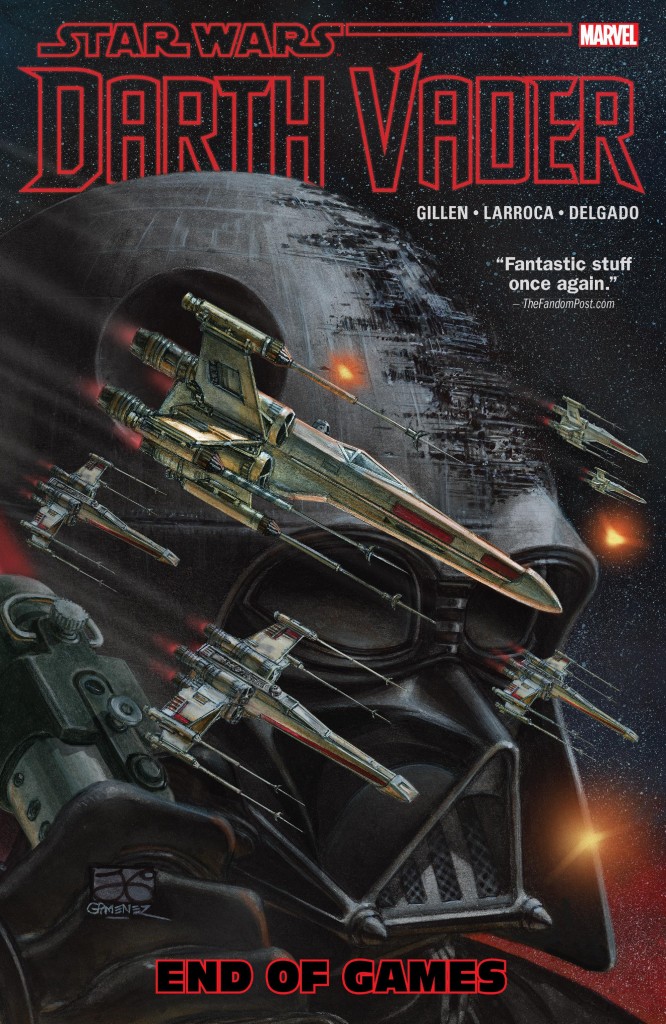 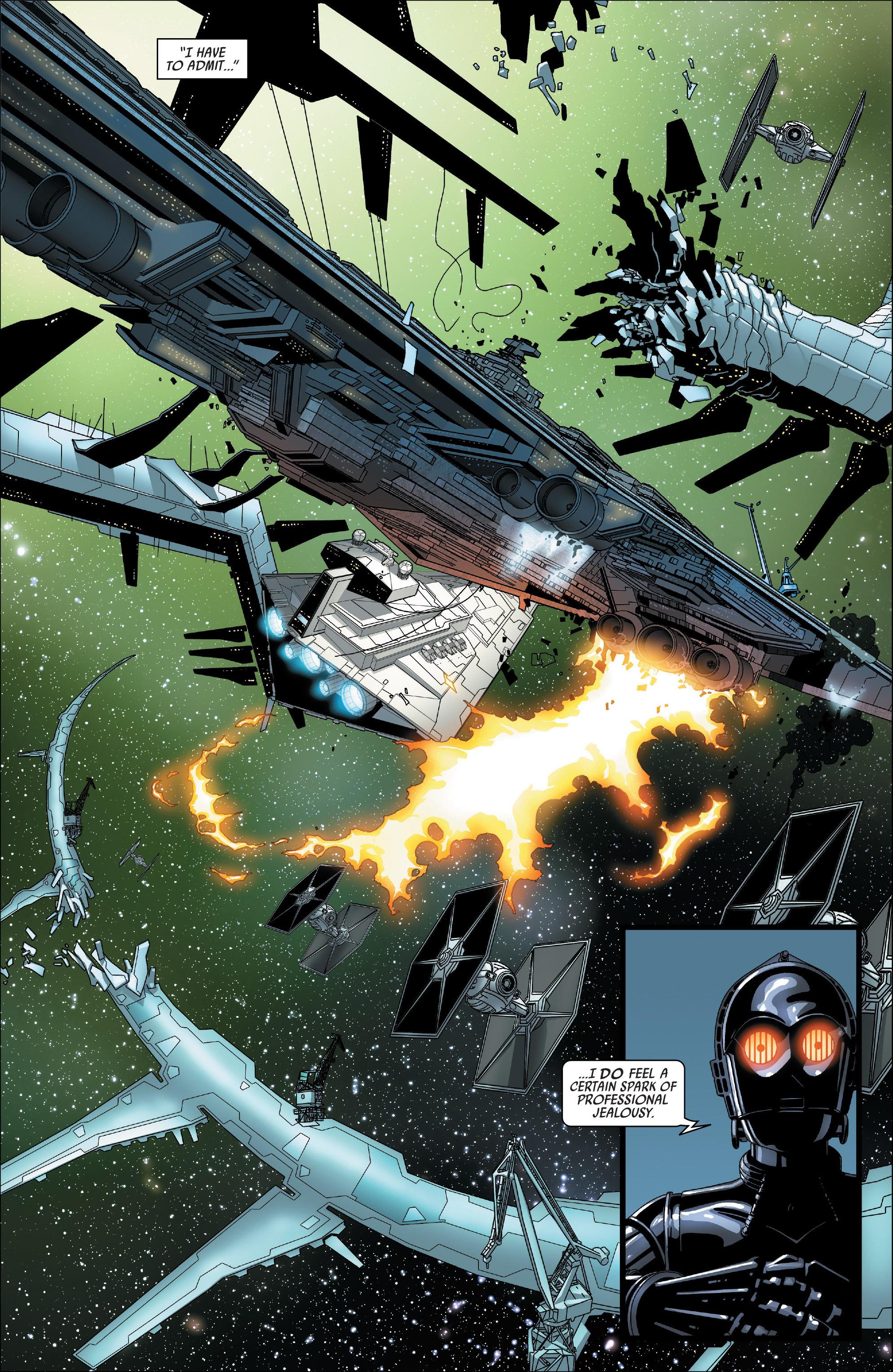 The Shu-Torun War has ended. Vader is victorious and back in the Emperor’s favour. There is still one last test – crush the treacherous Doctor Cylo. Vader’s plans are reaching fruition but loose ends dangle. Rogue scientist, droid specialist and former ally Dr Aphra has outlived her purpose. She knows too much and events during Vader Down may compromise his plans. There’s also Imperial Inspector Thanoth. He has been investigating Vader’s actions after the fall of the Death Star. Now the cunning old officer is getting too close to the secrets of the past. Vader’s secrets must remain dead and buried. Preferably with Cylo, Aphra and Thanoth alongside them. The trouble is, you don’t survive as long as they have without having a few tricks up your sleeve. Vader’s story is all culminating in one last final play in this End of Games.

Writer Kieron Gillen and artist Salvador Larroca tie up Darth Vader’s story set in-between A New Hope and The Empire Strikes Back. Marvel’s handling of the Star Wars comics franchise thus far has been excellent, the Darth Vader series being no different and it ends strong with End of Games. Over the course of his run Gillen has introduced some new characters. Aphra, droids BeeTee and Triple Zero, Thanoth and others have been intersting and enjoyable, and Gillen has both homaged and lampooned the classic Star Wars franchise with a compelling look at Vader. There are three stories here, all written by Gillen. In ‘The Misadventures of Triple –Zero and Beetee’ the droids have a darkly funny reunion with Doctor Aphra. The closing story ‘Coda’ is different. Completely wordless, it is wonderfully sinister and macabre.

Larroca’s artistry remains bold and detailed, though not garish. Star destroyers and planets look epic over one and two pages, but he still isn’t nailing the facial aspects. Profiles aren’t always appealing but he still manages to convey emotion well. Edgar Delgado’s colours are crisp, helping Larroca’s illustrations stand out. Unusually there are two other artists involved in End of Games. Mike Norton’s work on the Triple-Zero/ BeeTee story is very good, with a knack for crafting tension while maintaining the dark comedy. Max Fiumara’s work on ‘Coda’ is very different, looking dystopian, capturing Tatooine’s climate well and complimenting Gillen’s story.

Darth Vader has been a good and fun series well balanced by a hard serious edge. It is well worth looking into whether you’re a hardcore or casual Star Wars fan. End of Games is also collected with the previous The Shu-Torun War in Star Wars: Darth Vader Volume 2. 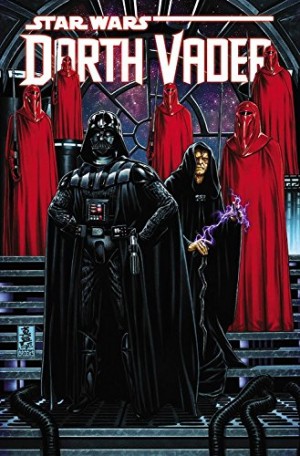