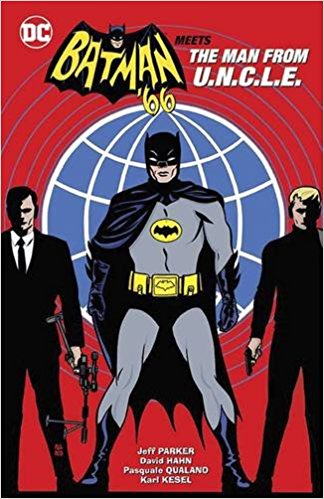 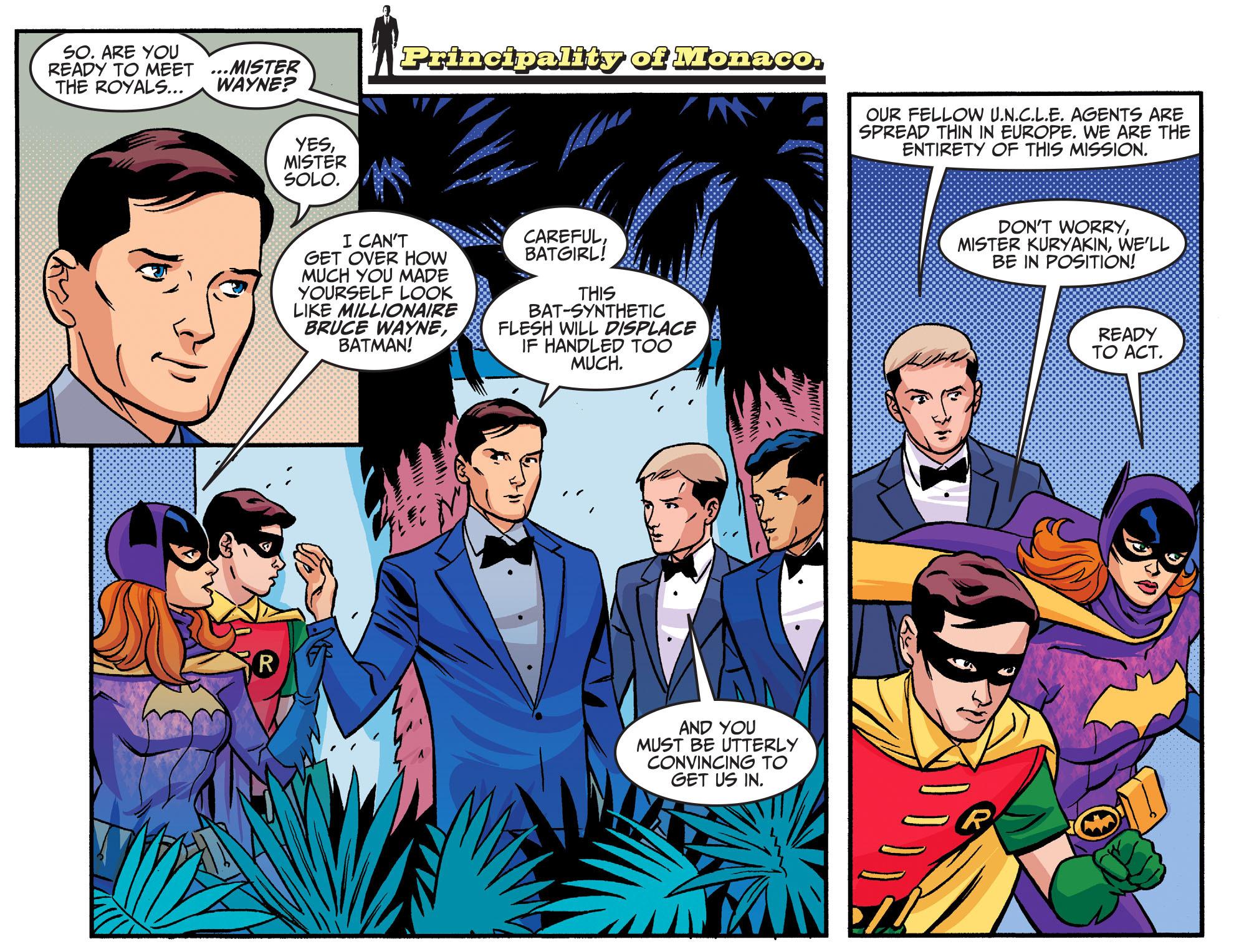 A final collection of solo Batman ‘66 material suggested the spark was diminishing and the joke had run its course, yet DC conceived an inspired method of renewing the franchise, in principle at least. They teamed the Adam West and Burt Ward TV versions of Batman and Robin with other similarly oriented tongue in cheek concerns. The Man from U.N.C.L.E. was a contemporary of West’s 1960s Batman, beginning a little earlier and tapping into the huge success of the James Bond novels and films by screening the exploits of two glamorous secret agents.

For story convenience Batman is familiar with his spy counterparts Napoleon Solo and Ilya Kuryakin, although by the look of David Hahn’s generic designs for the characters, cast likenesses weren’t on the agenda. U.N.C.L.E.’s arch-enemies are the Soviet T.H.R.U.S.H. organisation (yes, both have contracted names. Look them up), and they’ve promised Batman’s foe Olga, Queen of Diamonds will become Czarina of a new Russia if she helps them. She’s not the only Bat-foe to join the organisation.

Part of the problem with the final Batman ‘66 collection was Jeff Parker’s plots not being preposterous enough to match the TV show, and that carries over, although The Man from U.N.C.L.E.’s humour being more restrained renders it more acceptable. There are still flashes of the daftness. “A breakout at Arkham. Lucky it isn’t far from the secret Batcave entrance”, says Robin. “Not luck chum”, replies Batman, “The Wayne Foundation donated land for the institute out here for that very reason”. Parker throws in a good twist that’s actually been foreshadowed in his previous material, and toward the end there’s a neat psychological profile of the entire cast.

Hahn draws most of the book, with Pasquale Qualano occasionally stepping in. Their designs for the retro-futuristic locations are suitably splendid, and Parker peppers the script with the full range of bat-vehicles, with Hahn’s version of the British Batmobile great. As well as using over half a dozen Bat-Villains, Batgirl also figures, meaning the script is weighted heavily in Batman’s direction. This is largely due to there being no familiar recurring cast to The Man from U.N.C.L.E. beyond the two leads and their supervisor, and T.H.R.U.S.H. always being a faceless organisation with ever-changing operatives. Fans of that programme may well remain displeased that their heroes play far smaller roles, and beyond a few quips are all-but redundant from two-thirds of the way through.

There’s some fun to be had, but not enough to justify spending the list price. 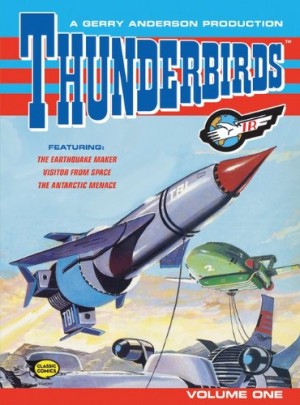 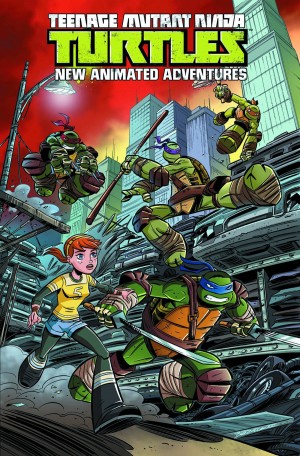 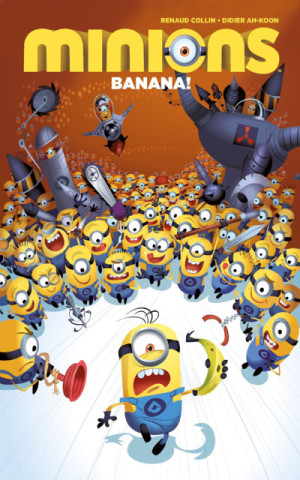