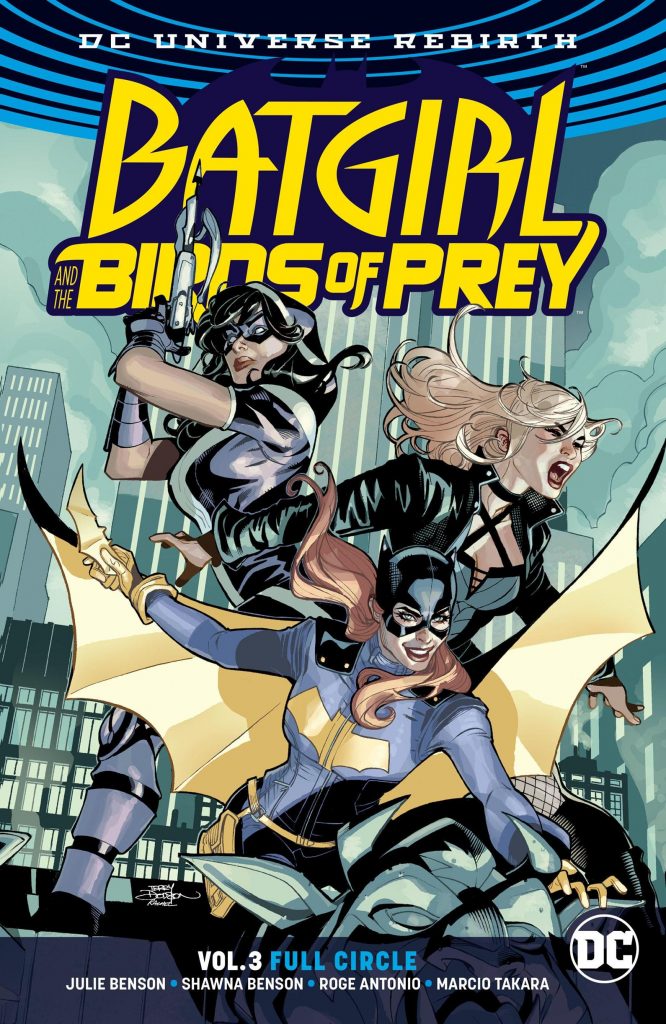 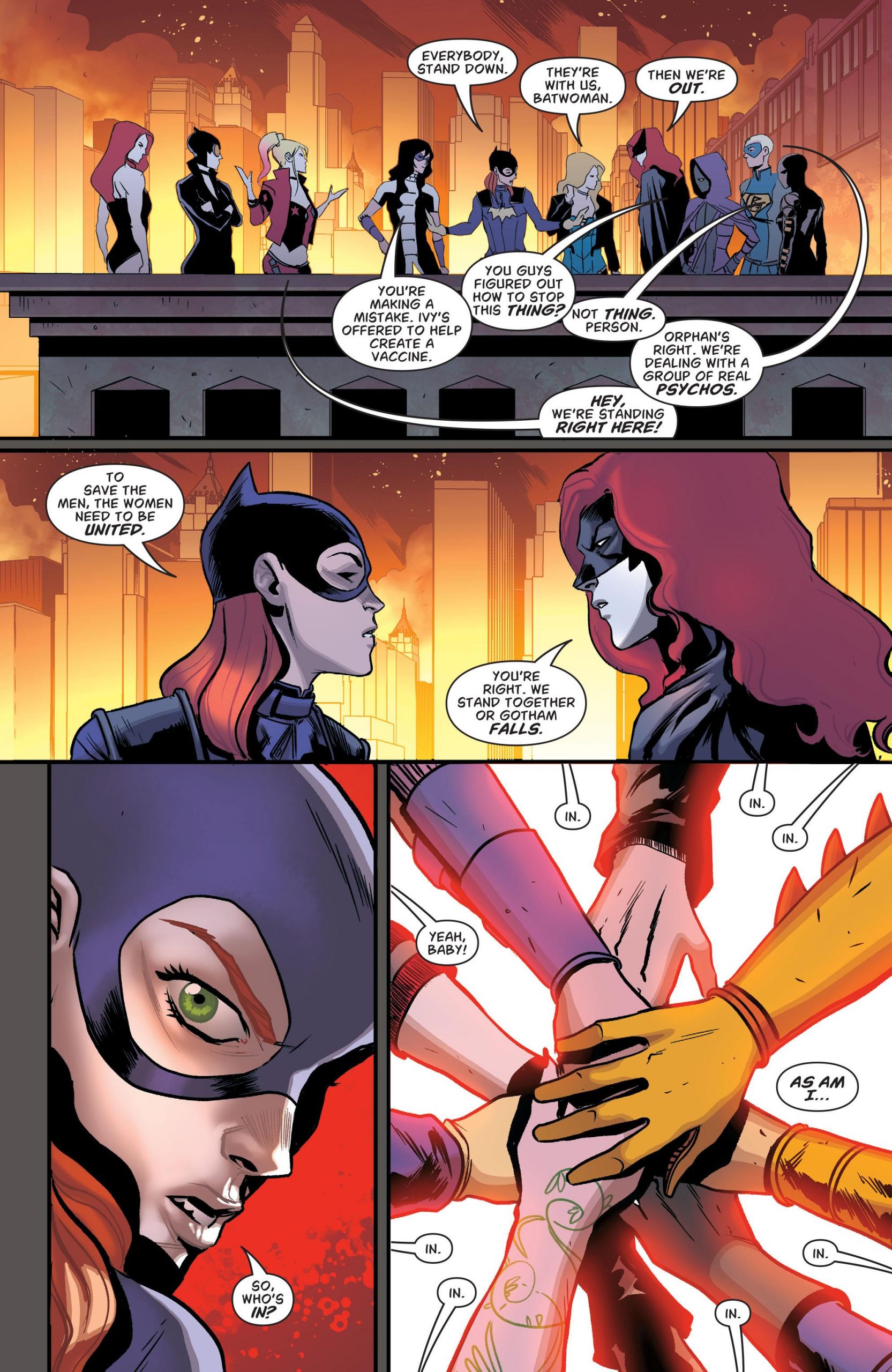 How much better might Batgirl and the Birds of Prey be if a lot more of DC’s female superheroes signed up for the duration? How much better might it look under the hands of an artist willing to go beyond the bare minimum with their pages? And what with Harley Quinn having a role the Birds of Prey film, wouldn’t the comics better if she put in an appearance? The answers to all those questions are found in Full Circle.

Let’s start with the art. That Batgirl and the Birds of Prey didn’t set the world on fire wasn’t entirely down to Roge Antonio, but Who is Oracle? and Source Code featuring so much dull art hardly helped. How the feature might have looked with an artist keen to invest some effort is seen when Marcio Takara takes on two single stories. He includes backgrounds, creates people with personality and supplies attractive montages. A shame, then, that the remainder of Full Circle is drawn by Antonio.

A considerable expansion of Birds of Prey incorporates Wonder Woman and Harley Quinn in response to a rapidly spreading virus that’s incapacitating only men in Gotham. However, once we find out why, it all becomes rather silly. Julia and Shawna Benson are harkening back to the 1970s, when DC decided the type of superhero material they produced during the 1960s was silly and outdated, but hadn’t quite come to terms with including social problems with any subtlety. Too many people are eventually just there to make up the numbers, and perhaps force Antonio to draw more than the bare minimum. His pin-up spread of the entire squad is his artistic highlight for the entire run.

The title story is the best produced for Batgirl and the Birds of Prey. It introduces a Terminator like threat, not easily defeated, has ties back to other plots run in the series, gives the cast strong emotional reason for wanting to end the threat, and keeps cranking up the tension. Even Antonio steps up to the plate by varying his layouts a little and including more than figures. It’s a plot that keeps the attention until the end, and while acknowledging that much wouldn’t work without what’s been set up in earlier stories, it’s a shame that Julie and Shawna Benson couldn’t have started out this strongly. For anyone who’s enjoyed Batgirl and the Birds of Prey despite misgivings, it pulls everything together very nicely as the series ends.