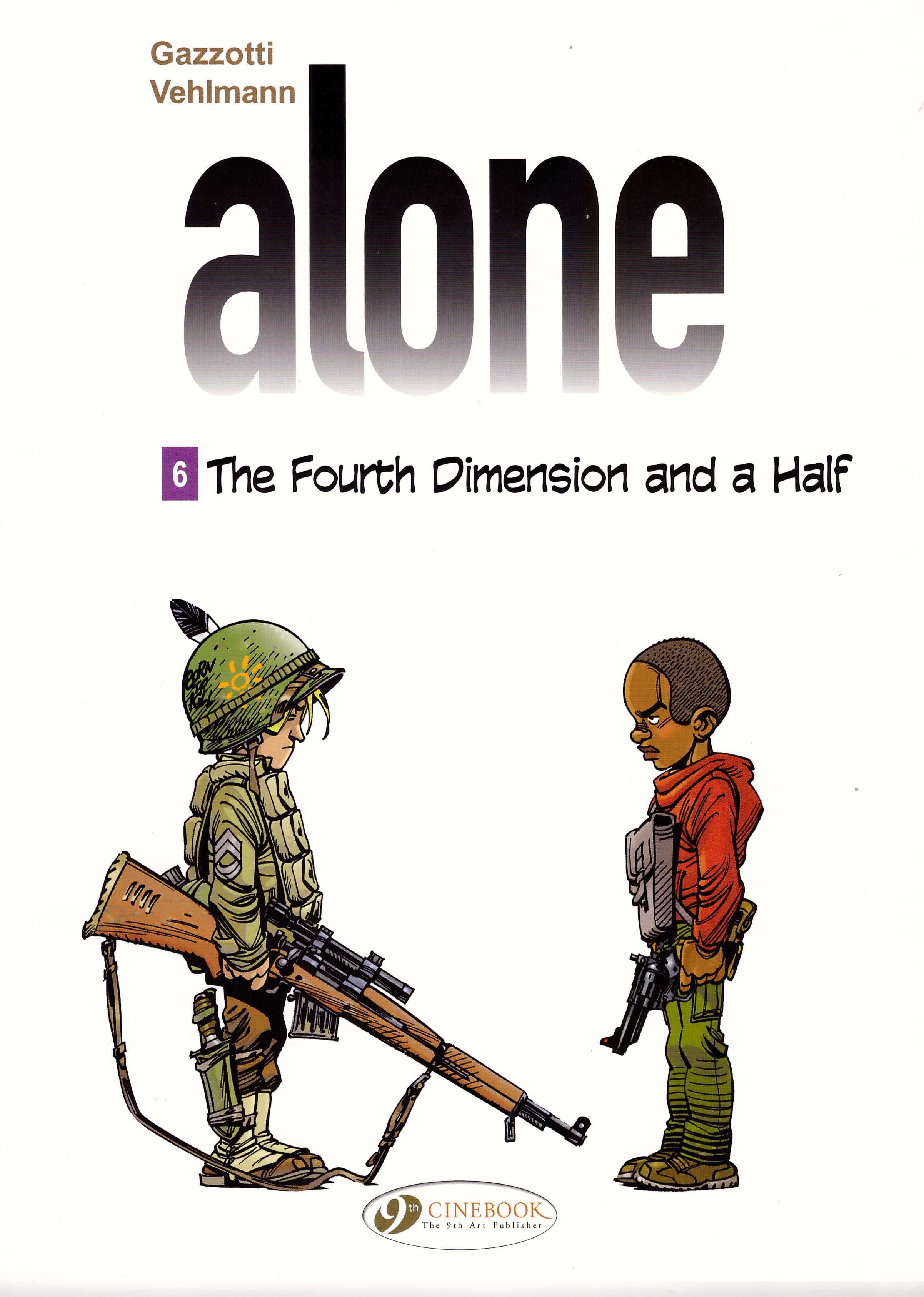 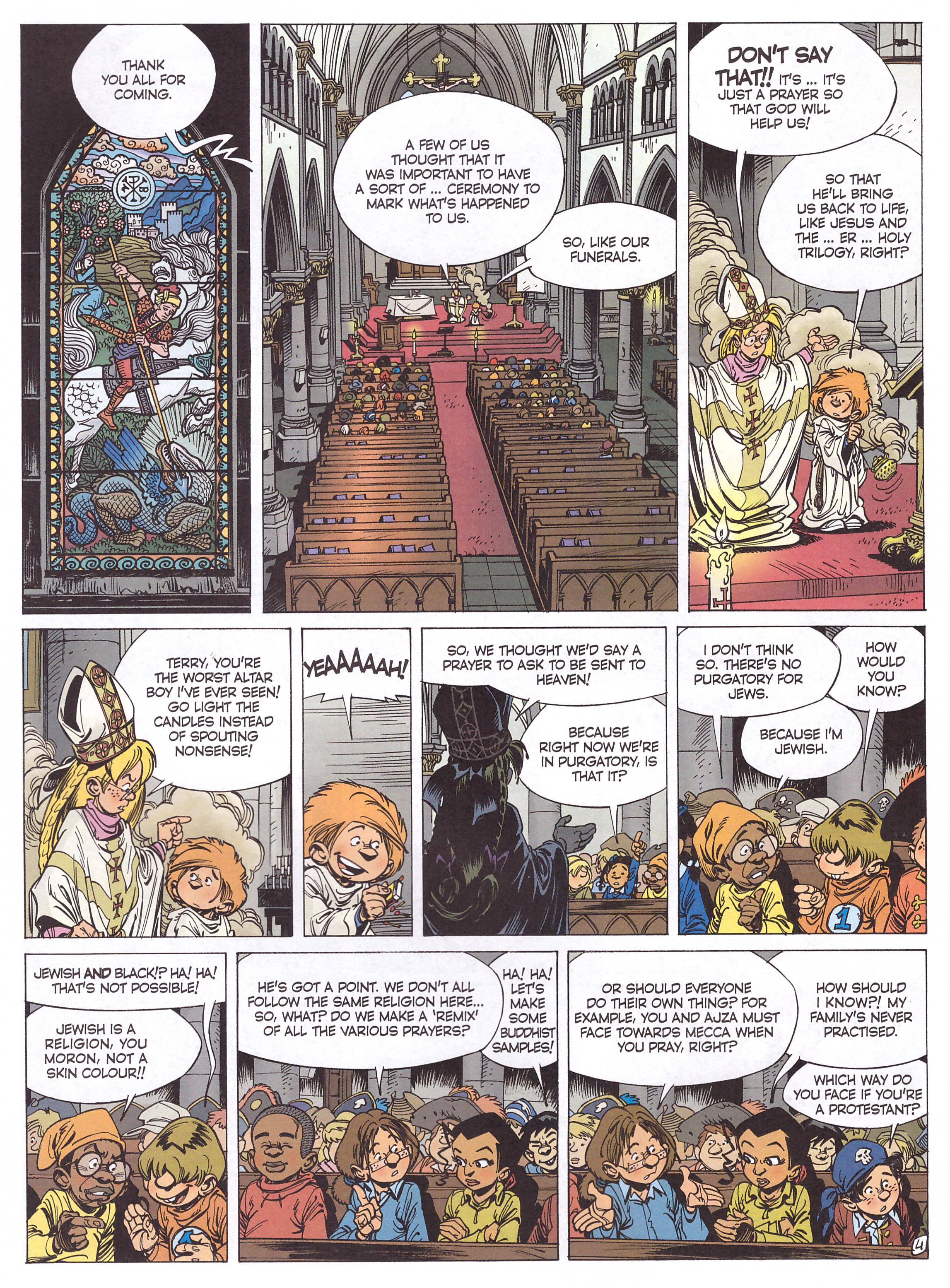 During Eye of the Maelstrom certain conclusions were reached about why it was that a few dozen children appear to be left alone in the city when everyone else has disappeared. There’s no confirmation as to whether these conclusions are correct, and indeed a credible further speculation as to their state is presented here, but what does now appear to be certain is that death holds no sway. Several of the cast have now died and returned seemingly unchanged. It sets a disturbing undertone to Alone, and factors into a frankly terrifying scene.

Fabien Vehlmann’s writing has been clever from the start, and the use of children in continually life threatening circumstances is a very effective form of horror. In any normal society children are cherished and protected, not throwing themselves off rooftop shouting “And what are you going to do if I refuse? Kill me? Ha! Ha! Who cares any more?”

For all the terror, Vehlmann resorts a little more to dramatic licence this time, and stretches credulity. While accepting that children would figure out how to drive a car easily enough, is a tank really that simple to operate? If so, God help us all. Much of the story concerns the marking of territory, and this also comes across as a little too convenient, as the logical outcome of Vehlmann’s plot is a continual cycle of death and rebirth. Perhaps dimmer children would see that as an appealing objective. The real strength of Alone, however, continues to be the strong definition of personalities. Some children surprise, but in a manner consistent with their behaviour to date, and others maintain a status quo. There’s a little thought given to the overall circumstances, but quite logically, that takes a back seat to other matters.

Are there any more ways to praise artist Bruno Gazzotti? Continually superb is his default setting. He brings the cast to life, never shortchanges on detail and painstakingly choreographs the action scenes. It’s perhaps worth mentioning that after six volumes the green Routemaster double decker bus is becoming iconic. It was adopted early as an efficient means of transportation, yet also offering considerable protection and the opportunity for comfort. It’s a great device. The story opens with an unorthodox church ceremony, and Gazzotti brings this to sparkling life complete with an ornate stained glass window.

By the end of The Fourth Dimension and a Half the core crew as introduced in the opening volume remain together, and have some new clues as to what might be important with relation to their status. Vehlmann teases, though, with another cliffhanger ending. You’ll have to pick up The Lowlands for the continuation.