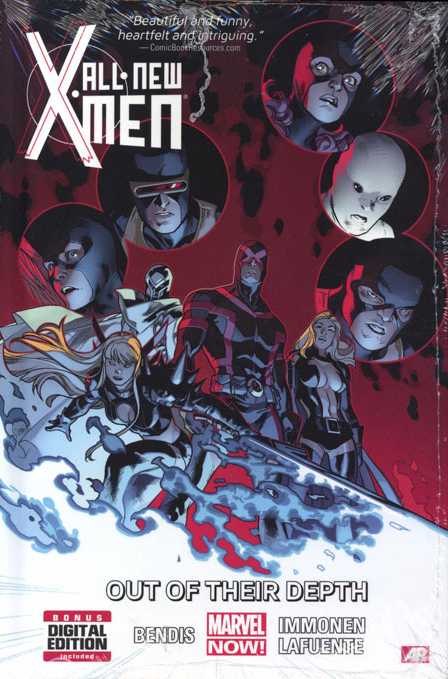 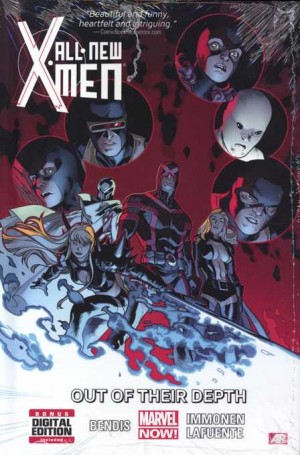 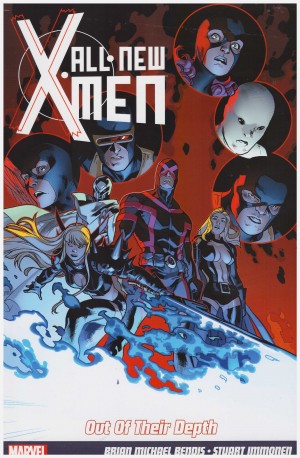 All-New X-Men: Out of their Depth

In the presumption that no-one has reached volume three without having read either Yesterday’s X-Men or Here to Stay, there are spoilers throughout.

Brian Michael Bendis continues his intriguing look at the original team of X-Men transferred to the modern era as they discover more about the way the world has progressed in the few years since their time. Under the stewardship of Kitty Pryde and Wolverine they’re rapidly being brought up to speed as they both explore their own capabilities and learn about the progress of others. An early encounter with those forming Uncanny Avengers at the time provides both a surprise for Cyclops and a shock for Jean Grey.

With her telepathic access in its infancy she has trouble controlling what she tunes in on, and there’s a lot she doesn’t like. It’s not helped by the first out and out superhero battle since the middle of Yesterday’s X-Men. Bendis has been building up to this for quite some while, and here the villainous plan is revealed. Foiling it entirely, though, may be more complicated due to the intervention of other parties. Still, it begins with a confident Wolverine intoning “We’re going to teach Mystique something she shoulda learned in school. Thou shalt not steal”.

Another complication to the entire scenario is that it’s been presumed the original X-Men will at some time return to their own time, armed with the foreknowledge to prevent certain critical events occurring. However, it will take all of them returning simultaneously, and after this volume that’s a matter thrown into doubt.

Stuart Immonen draws most of what’s presented in his confident fashion, although there are occasional pages looking rushed here. David Lafuente in the final chapter really nails the younger X-Men as teenage with his cartoon and manga-based style, but that comes at the cost of the entire world being drawn at that age.

The continuity spins into the massive X-related crossover of Battle of the Atom, before continuing in All-Different.