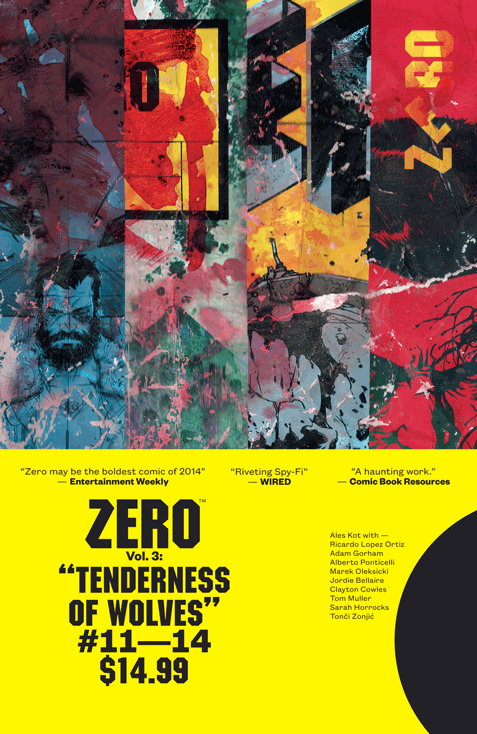 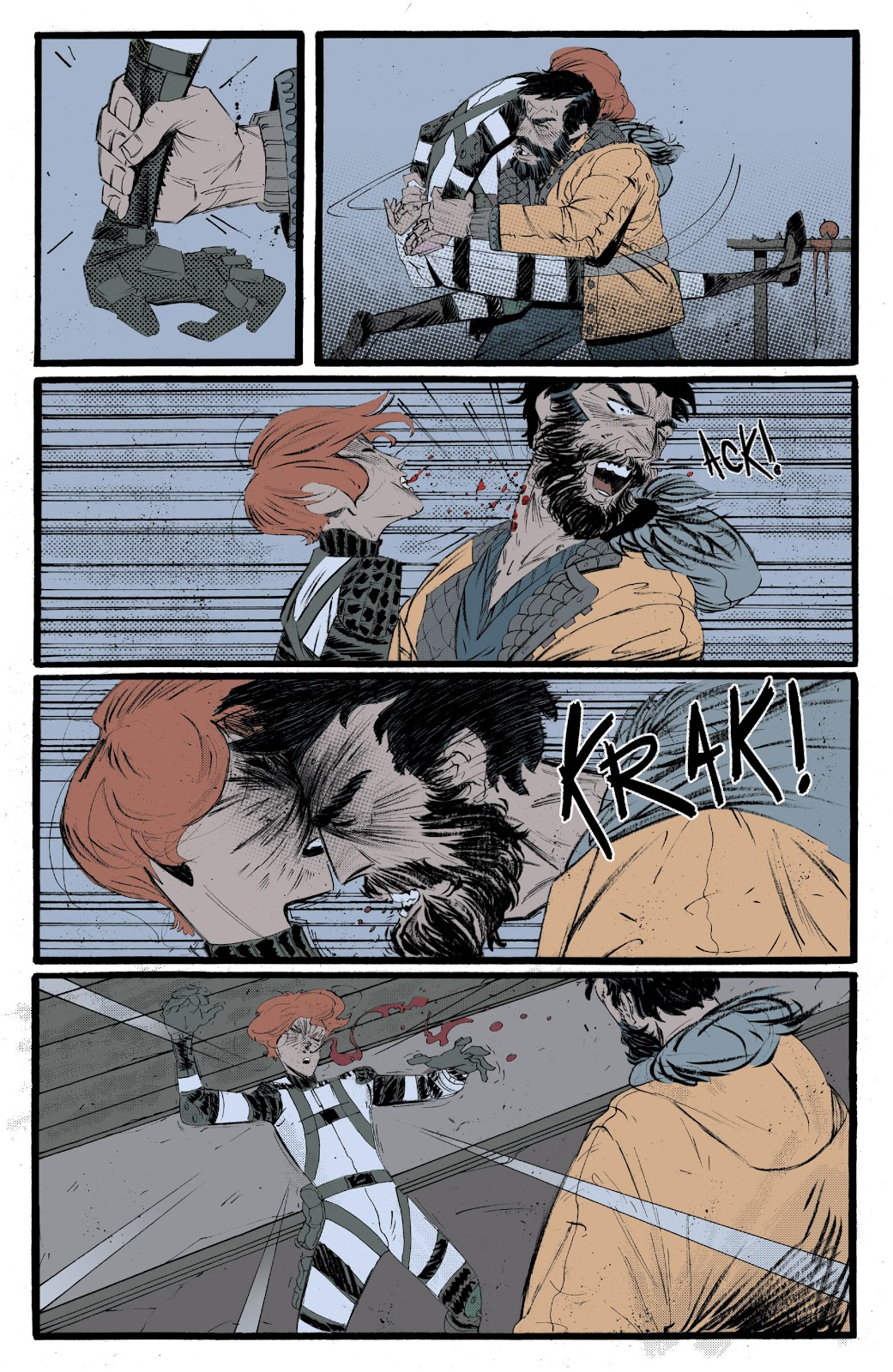 Real patience and a healthy degree of faith has been required from fans of Aleš Kot’s secret-agent-getting-out-of-the-game-story. Despite the energetic and innovative nature of much of the art, Zero has taken its own fine time to unfold and pull back its curtain to reveal the bigger picture. Each fragmented piece of the story has added to the whole, but with Tenderness of Wolves, it at last feels we are coming to the beginning of the end. At only four chapters, it’s the most tightly paced of the books so far, and is a solid set-up for the concluding arc in the final book. The storytelling is tight and the most linear so far as the narrative gathers momentum.

At the Heart of it All spotlighted relationships, and Tenderness of Wolves concerns endings. Zero spent the previous books escaping the Agency, yet now returns from self-imposed exile. The manner in which this occurs in the opening vignette is beautifully illustrated by Ricardo Lopez Ortiz. It begins with a smouldering Icelandic volcano and Zero’s newly domesticated lifestyle. Time is taken to introduce the quiet charm of this life before the metaphorical volcano erupts and Lopez’s skill at drawing action, choreographed as ever by Kot, springs to life. This brings the ending to Zero’s civilian life and his oasis of peace.

The following story takes us back to an earlier interlude about a sentient fungus, which concludes with Zero’s former boss, Sarah Cooke, handing him the file that contains the whole truth of his life. To witness Zero’s traumatic response to the revelations, for a character who was the previous embodiment of stoicism, is both shocking and riveting, completing his journey to humanity. Cooke has an agenda that does not end well, and the final two chapters are relentlessly brutal. They centre on a pair of savage mano a mano battles where Zero’s past finally catches up with him and he encounters two mean bastards as tough as he is. The choreography of these extended fights is, once again, terrific, and great credit and praise must go to artists Alberto Ponticelli and Marek Oleksicki for the sheer energy and kinecticism of their wince-inducingly ferocious pencils.

Ales Kot takes no prisoners in the penultimate book of Edward Zero’s life story. The violence and sexual content are unflinching and explicit enough to shock but Zero has never been a story for the fainthearted. Kot takes the reader to within sight of the finish line and leaves us with one more book to determine whether this challenging, multi-layered, multi-stranded, multi-artisted experiment will become the thing of legend or whether we, like Dorothy, will find only disillusionment and disappointment behind the curtain. That book is Who By Fire.