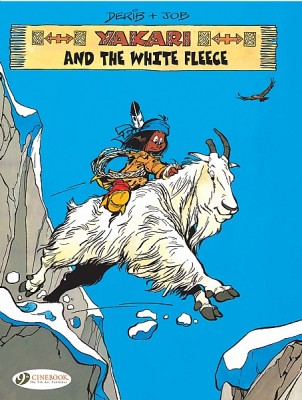 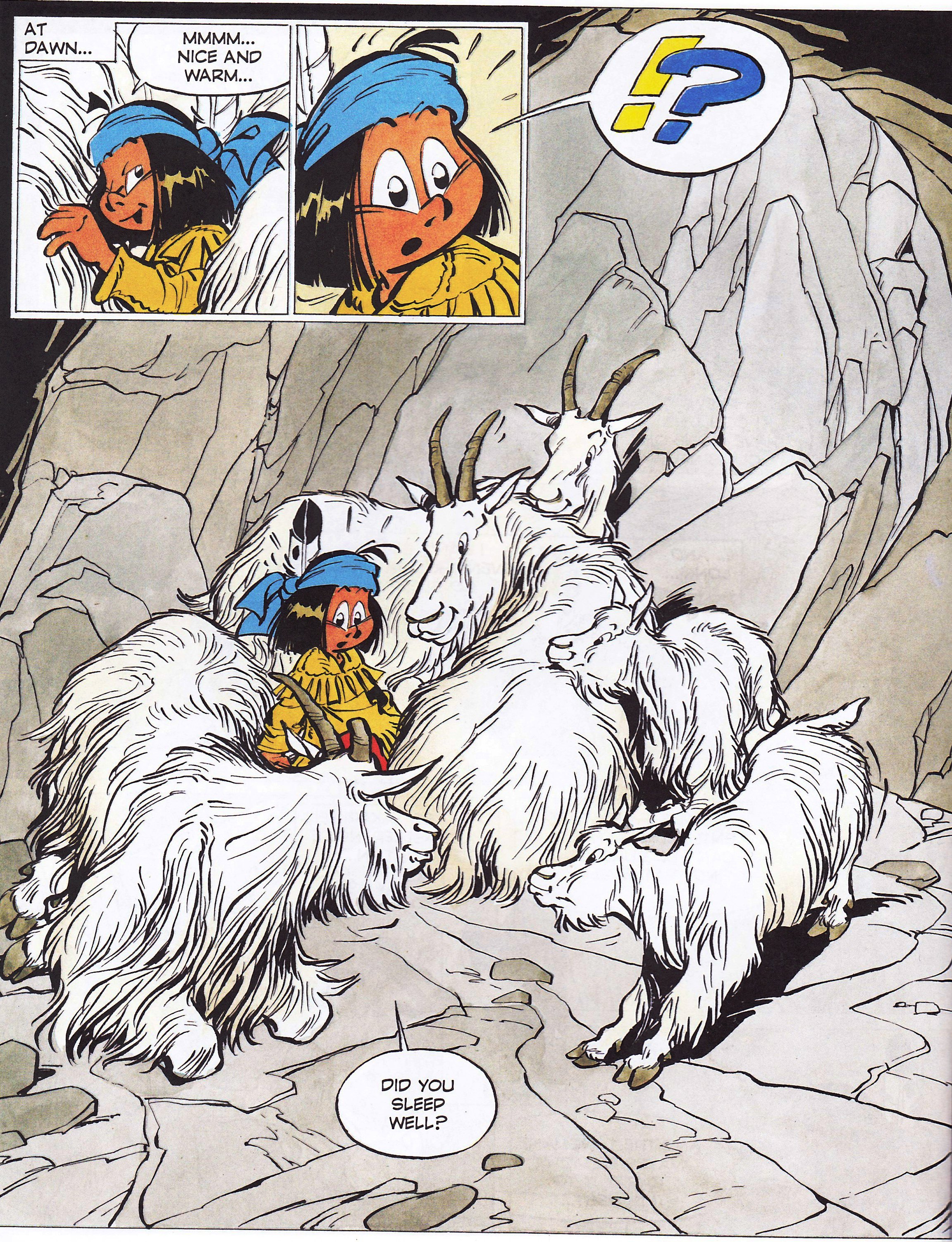 When two Sioux warriors venture over the traditional tribal boundaries in pursuit of a beautiful mustang, the leading Bold Crow falls foul of an eagle threatened by the hunter’s presence. Bold Crow is injured in the fall, but the eagle has also punished the warrior by taking his medicine pouch, a powerful and personal talisman in Sioux culture. The shaman claims the only way to restore Bold Crow to normal is to return his medicine pouch, but the eagle’s eyrie is high in the mountains and nobody knows the way. Worried that it might be his totem animal Great Eagle who has punished Bold Crow, Yakari sets off to retrieve the item and mediate for the stricken warrior. It is a long and perilous journey high into the snowy peaks of the mountains fraught with danger, death at every step but that won’t stop the brave Yakari, especially when he has new friends to help – the beautiful and sure footed White Fleece (the Sioux name for mountain goats both individually and collectively) Broken Horn and his herd.

Illustrator Derib has an amazing talent for landscapes, the mountains and blue skies dominating the horizons in huge panels. He beautifully captures the motion of the various animals whether it is the lazy but skittish marmots, the stubborn and macho Big Horn Sheep or the deft feet of the mountain goats. The Sioux camp is no less stunningly encapsulated, the hustle and bustle caught well with cheeky realism in the finer details. Derib’s art is such that you are drawn to study the page, a large part of his artistic charm. Job’s story is adventurous with moments to induce panic in the most relaxed of mothers, while still other scenes will prompt fascinatingly weird conversations. It’s a big and wild story that is largely driven by Derib’s epic mountain scenes.

The plot doesn’t exactly make sense, prompting questions that can’t quite be explained. Why would an eagle take a medicine pouch? How can a talisman be that powerful? The truth is only adults will ask those questions, and the mystical qualities and blend of Native American legends is exactly what children will love. It’s a pleasant little read and packed with high adventure, among the best Yakari stories Derib and Job crafted over the early 1980s.

Yakari and his friends need some clever creature intervention when an adventure goes awry in Yakari and the Coyote. 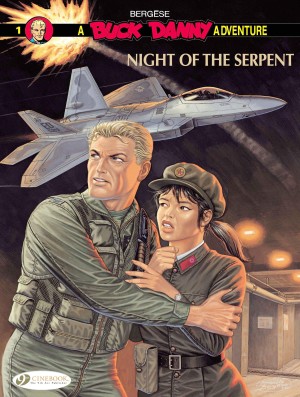