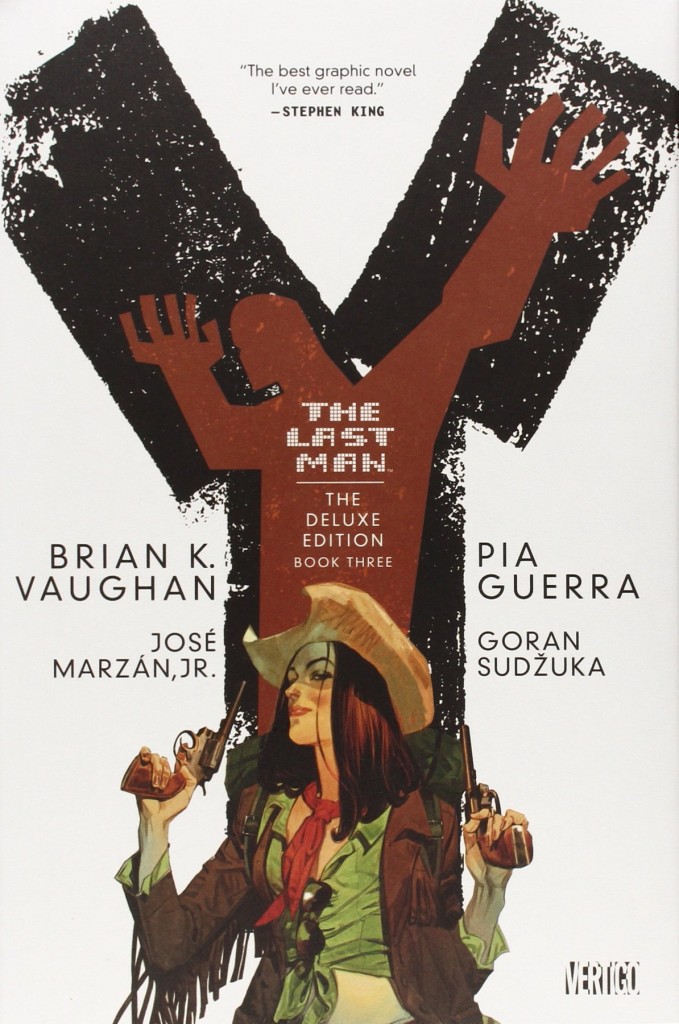 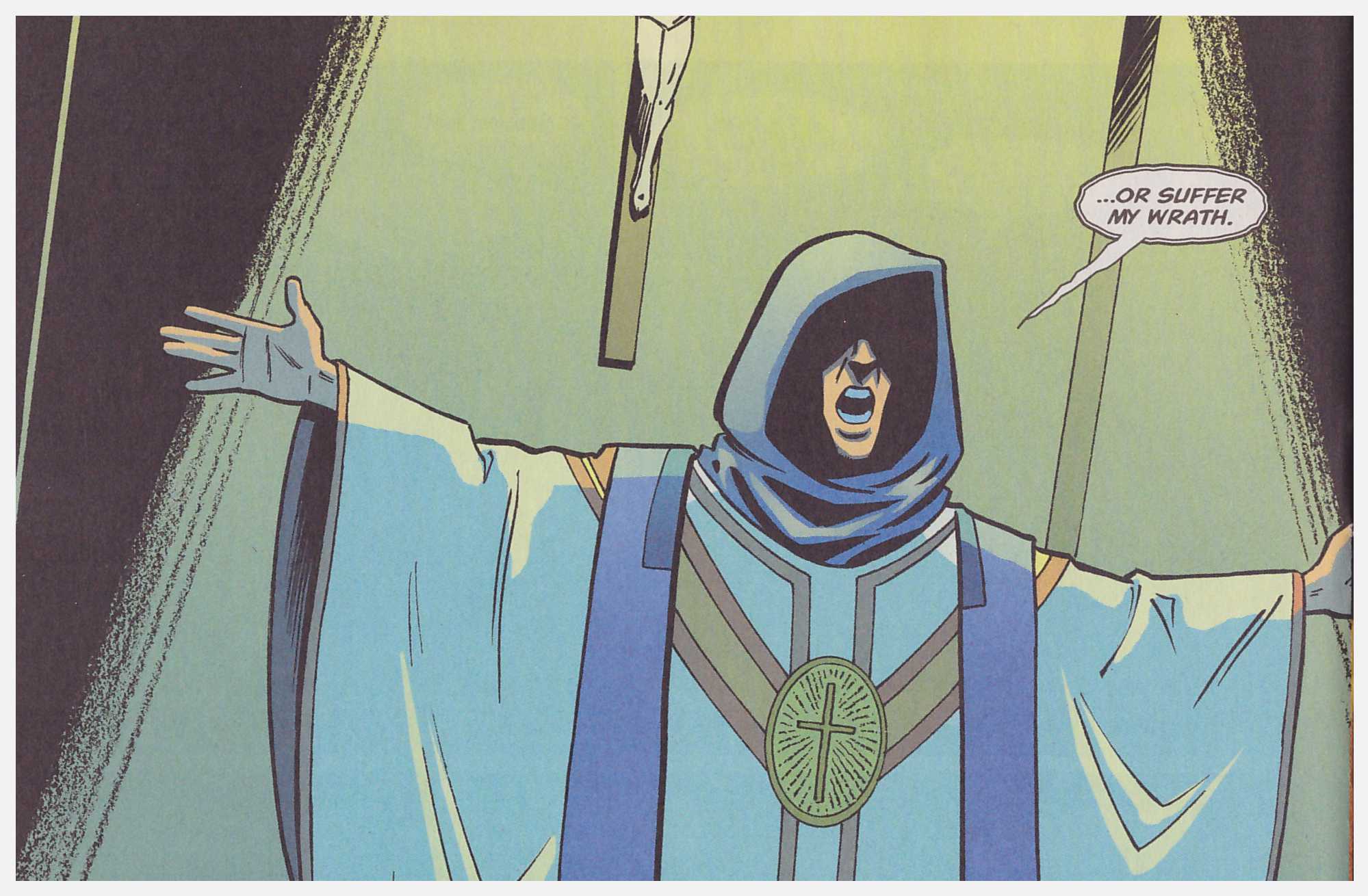 Reprinting thirteen of the original Y: The Last Man comics, this is the largest of the deluxe volumes, and it covers considerable ground. The regular cast begin in California, and end in Australia. There’s the first appearance of the most regular fill-in artist Goran Sudžuka. Assorted theories are put forward as to the origin of the plague that killed every male bar Yorick and Ampersand, and we reach the revelation as to how they survived. It turns out the Culper Ring has an equally shadowy rival. There’s a reconciliation that certainly didn’t appear possible the last time two characters met. There’s a long boat journey. We catch up on Beth in Australia and Alter in Israel. Several people find, if not sexual fulfilment, then certainly some long needed satisfaction. And most of it is very good indeed.

By the time these issues were originally published the sophisticated TV drama polish Brian K. Vaughan’s scripts exuded from the very beginning had come to the attention of Lost‘s producers, and he began a parallel career.

He makes a very strong start in this volume. Yorick needs to purge after some previous events, and seeks refuge in a church where he finds considerably more than forgiveness. The following sequence delves into the possible reasons for the deaths of all men, and how Yorick survived, simultaneously introducing new threats and restoring an old one. There’s the customary excess of fine dialogue such as “It’s gonna take more than you puking up your spleen to get that out of me”, and several bombshells are dropped.

That takes us to around the two-thirds of the way through, and the remainder doesn’t quite live up to what’s been delivered to that point.

Sudžuka supplies the art for a four chapter sequence set aboard a boat, and although certainly a competent artist he overplays his hand here. For readers used to the subtle characterisation applied by Pia Guerra elsewhere, the collection of poses and forced facial expressions isn’t suitable. It’s also accompanying one of the weaker stories to date, although that’s relative to the overall series quality.

Dreams, hallucinations and old memories are given a fair prominence throughout. By the end of this book we know many of our companions far more intimately, in both the narrative and prurient sense, and the main cast have a new companion.

This hardback volume combines what was previously issued as Ring of Truth and Girl on Girl, and the bonus material here is a relatively meagre selection of design sketches. Vertigo have more recently been producing paperback versions of the hardbacks, and this is referred to as Book Three.