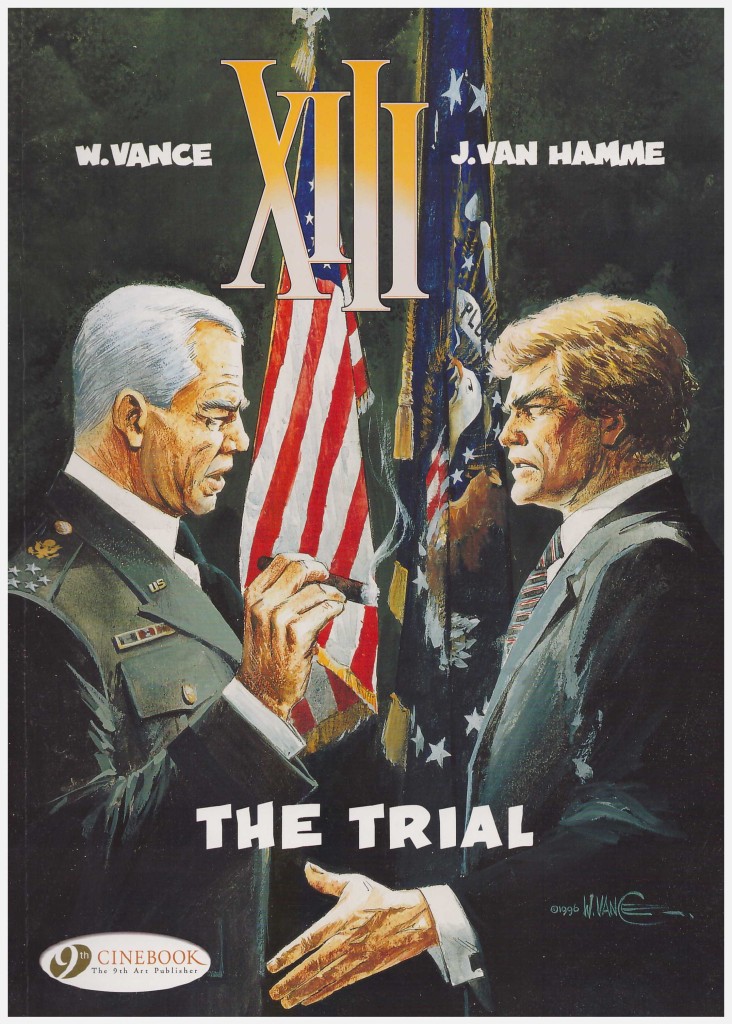 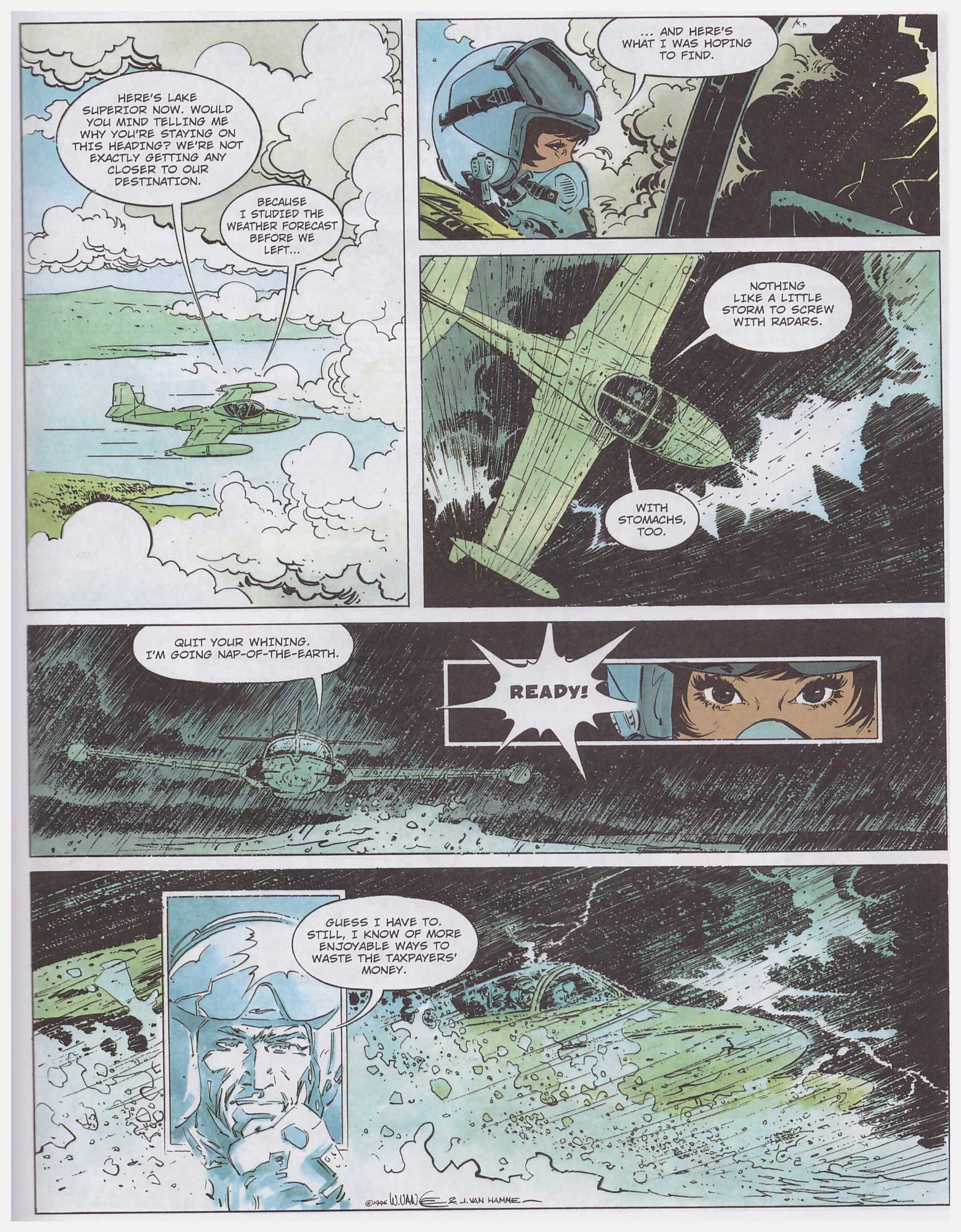 Throughout XIII to date, one of the few characters willing to take XIII at face value as an amnesiac has been General Carrington, instrumental in ensuring his safety and continued existence on several occasions. In a scenario where the corruption and grasp for power extends all the way to the top of the tree, Carrington has to play a very careful game. It’s odd, therefore, that he’d depart from calculated subversion to what appears a desperate act.

It’s very difficult to review this book without giving anything away, yet this is a book better read with no foreknowledge. For those who’ve read others in the XIII series it should be enough to note that it’s Jean Van Hamme and William Vance approaching top form. To guarantee no spoilers, don’t read any further and just buy the book.

XIII himself, still confirmed as Jason McLane, and Carrington’s aide Agent Jones have been brought back from Central America under presidential pardon in order that they might be able to resolve Carrington’s situation. Not that this means much to some after they land in the USA. This is after McLane, in Three Silver Watches, learned much of his family’s history, and about someone who plays a part here.

Carrington has also become aware of a few things, not least that the President’s hands are considerably muddy, and he’s planned to ensure this information is more widely circulated. This is via the trial of the title, and we learn early how he means to bring that about. It’s a bold move, and hangs over the next twenty pages as XIII and Agent Jones engage in an associated but separate mission. Van Hamme spins out the background tension brilliantly, while also sucking us into the preparations for this other mission.

This plot skips all over the place and Vance is always on top of it, illustrating everything in dynamic fashion while also never leaving any doubt as to what’s going on. Even the most basic page of talking heads (and such is Van Hamme’s writing that several are required) is a storytelling masterclass.

Van Hamme drags out the suspense until the final page, where he drops another plot bomb. Up until this point Cinebook have published covers to all volumes as endpapers, indicating the next would be The Investigation. This remains unpublished, though, being primarily a re-working of the series to date as journalists investigate XIII and his possible background. Instead the series skips directly to Top Secret.