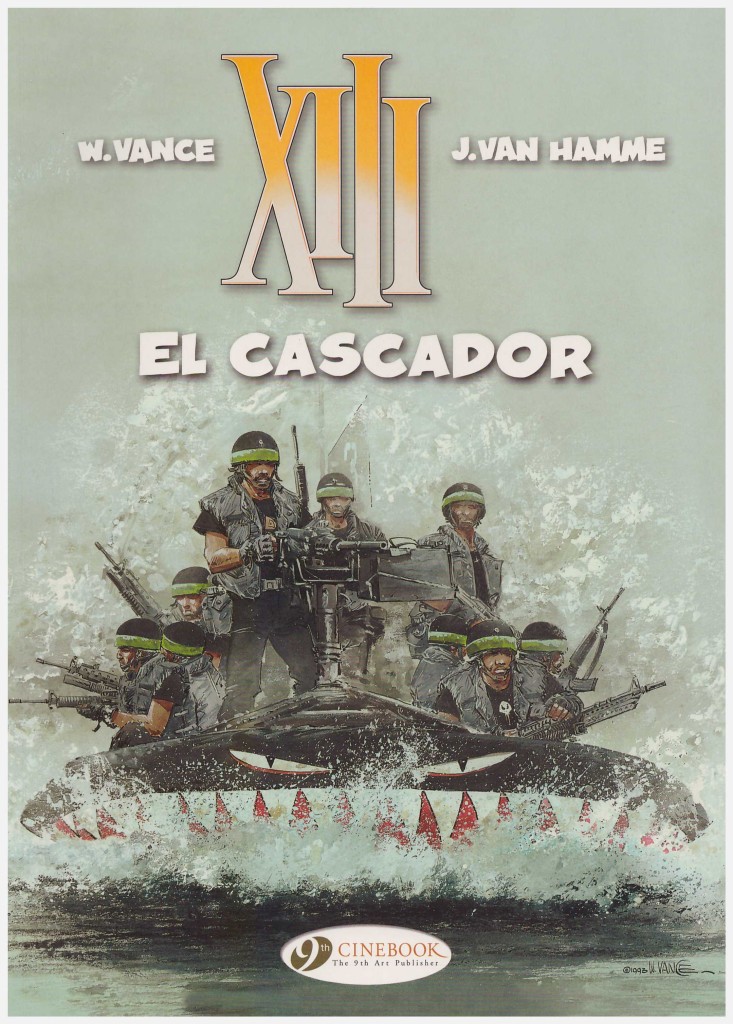 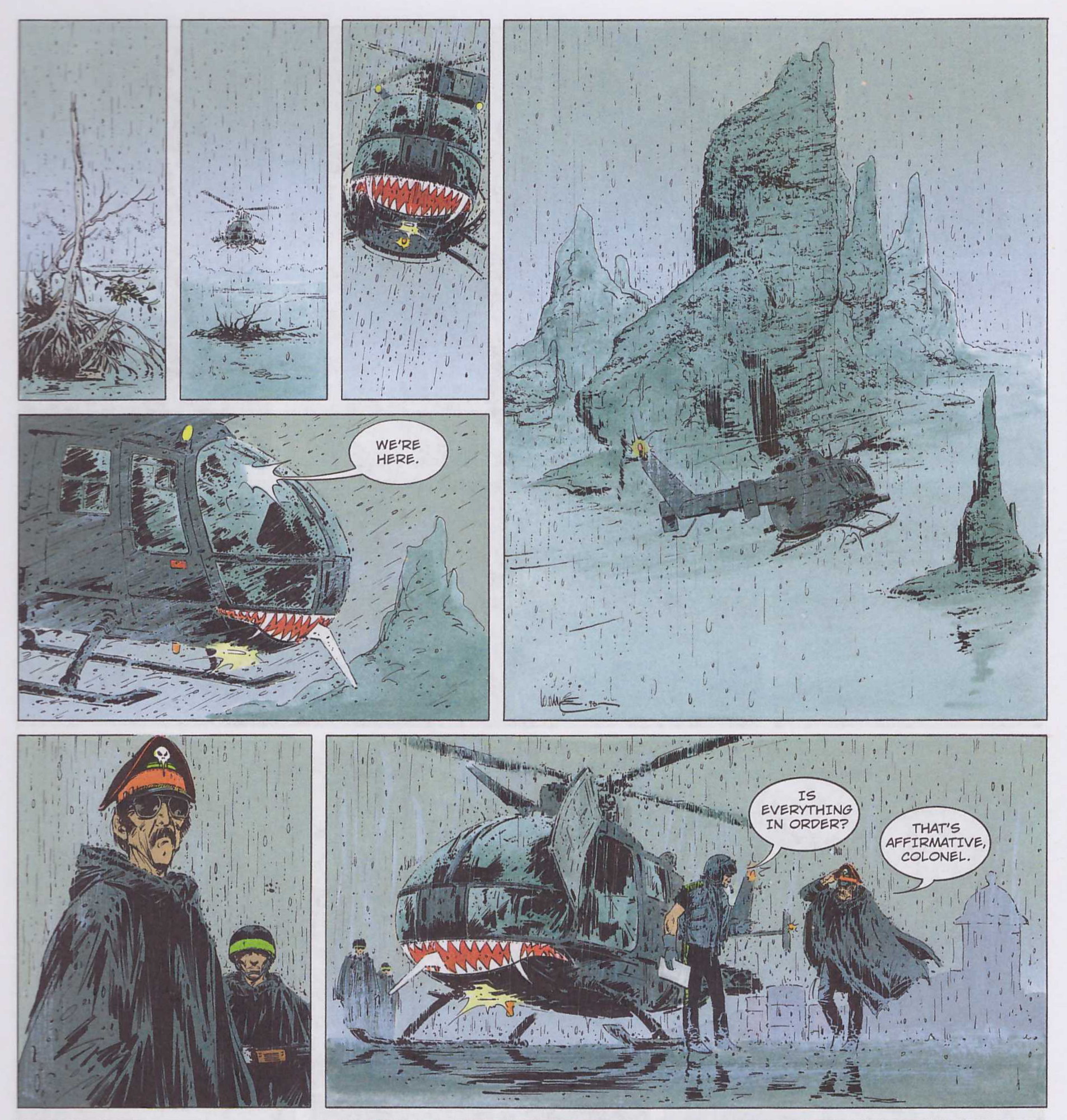 Jason McLane needed to absent himself from the USA, but was the Latin American state of Costa Verde the ideal choice? There are gaps in McLane’s memory and security file notes a six year spell during which the only known fact is that he learned Spanish. With what was revealed in For Maria, it seems as if much of that time was spent in Costa Verde promoting revolution as El Cascador. Oh, and he might be married to a woman called Maria, formerly leader of the rebel guerillas, but now a prisoner in the notorious Roca Negra jail, an island prison known for being impenetrable.

Not everyone is happy to see El Cascador back, not least the sadistic Colonel Peralta, certain he killed El Cascador several years previously. Peralta and the other government militia members are superbly characterised by artist William Vance, imperious and sinister in their trench coats and peaked army caps, with shades de rigeur for most.

Vance has far more opportunity to cut loose in this volume than he had in the preceding For Maria, with superb chase sequences set in torrential rain, and considerable dangers in the jungle. He conveys both the sordid claustrophobia of a rock prison and palatial grandeur. There is nothing this man can’t draw convincingly in his detailed thin-lined style.

As far as Jean Van Hamme goes, he’s on particularly good form here, having set a lot of plates spinning in the previous book. He choreographs inventive action sequences that make the most of the surroundings, and impresses with his usual deep plotting, pulling the wool over the eyes of readers once again. It’s revealed early that XIII has been betrayed by someone among those he considered his allies. Who is it? Or is this just the standard deception employed to demoralise the captured into revealing information? And after the shock of XIII’s wife in the previous book, can he really have met his father?

There’s an ending of sorts to events in Costa Verde, but there XIII remains, and as is so often the way with XIII, the conclusion just leads further back to a story beginning on New Year’s Eve 1900 in Three Silver Watches.