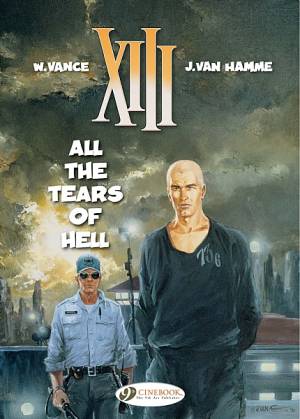 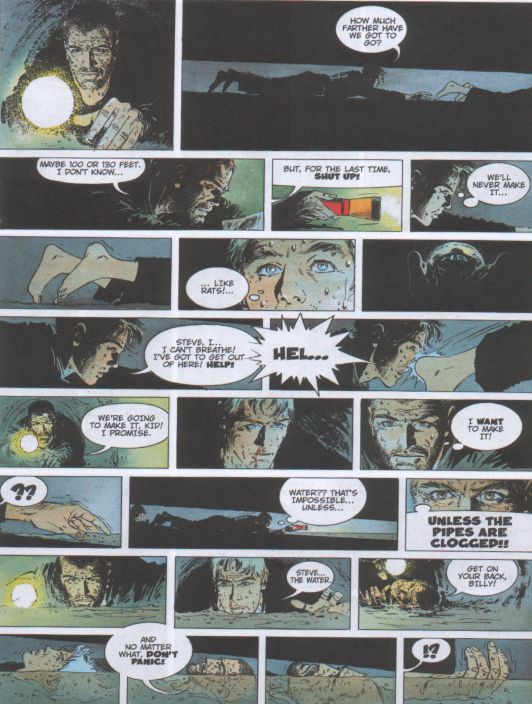 The opening pages of this book picks up on the shock ending of Where the Indian Walks, and also serves as the starting point for the joint French and Canadian TV show based on XIII, which then works its way back through plot elements of the previous two books.

The amnesiac delivered from the sea in the opening volume has now discarded two possible identities, but what’s remained constant is that he’s a wanted man. Wanted for murdering the President, in fact. There are assorted complications, and much to be revealed, but as the book opens XIII, so named for the roman numeral tattoo on his collar bone, has been sentenced to life imprisonment, and is languishing in a maximum security facility for the criminally insane.

As might be imagined, the man who shot the President (allegedly) is no-one’s favourite inmate, and XIII is beset by various problems as those with some faith in him work behind the scenes to secure his release.

While providing the full dose of Jean Van Hamme mystery, action and tension, All the Tears of Hell is very much an anomaly in the series. It doesn’t move the underlying plot of discovering exactly who XIII is, but it enables Van Hamme to run through his prison scenarios from sadistic guards to sadistic medics to sadistic inmates. A little rest and relaxation is hardly on the agenda for our man here. By the conclusion, though, he’s on good form for heading into the next volume Spads.

As previously, there appears to be nothing that William Vance can’t draw effectively, accurately and well. His sense of design is astounding, and his storytelling exemplary. There are a lot of talking heads required for this plot, but there’s not a dull page to be found, Vance instinctively knowing when to insert an image with a caption rather than slavishly follow the conversation. His most impressive sequence is two pages set in the drainage tunnels, where he accentuates the claustrophobic tightness by first reducing the size of his panels from the customary three tiers to a page. He then employs a series of ever smaller panels across eight tiers to induce the required atmosphere. It’s masterful.

All the Tears of Hell can also be found in a Marvel collection along with the previous two books as The Day of the Black Sun, presented under their short-lived partnership with Dabel Brothers publishing. While offering value for money, the translation’s not quite as intuitive as that of Jerome Saincantin for Cinebook.