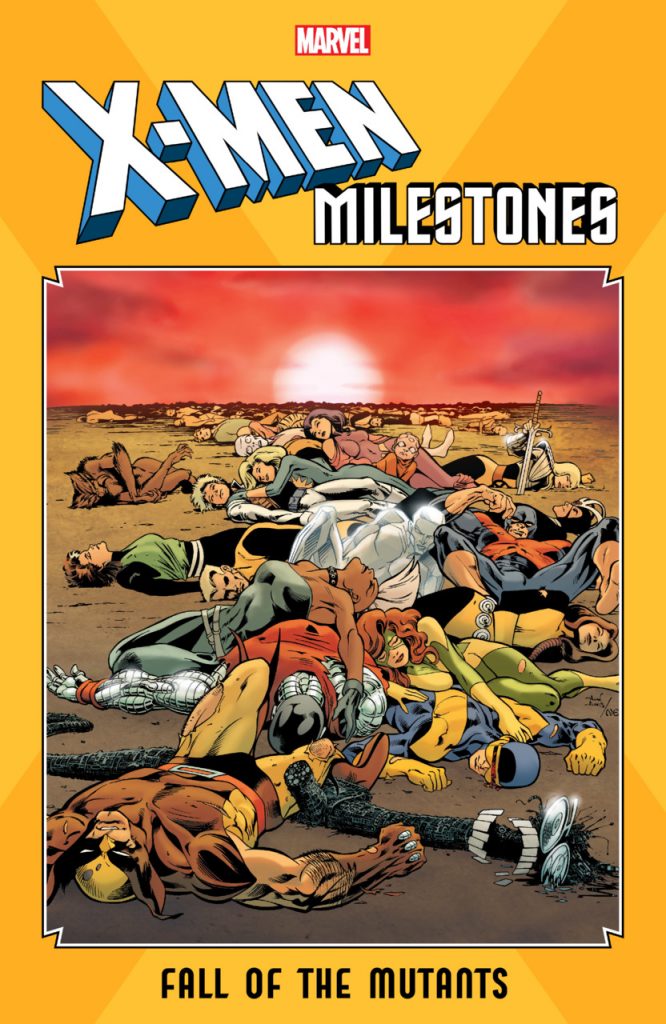 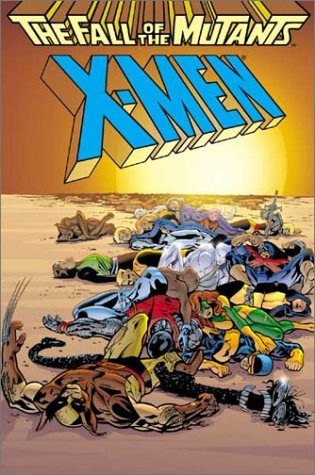 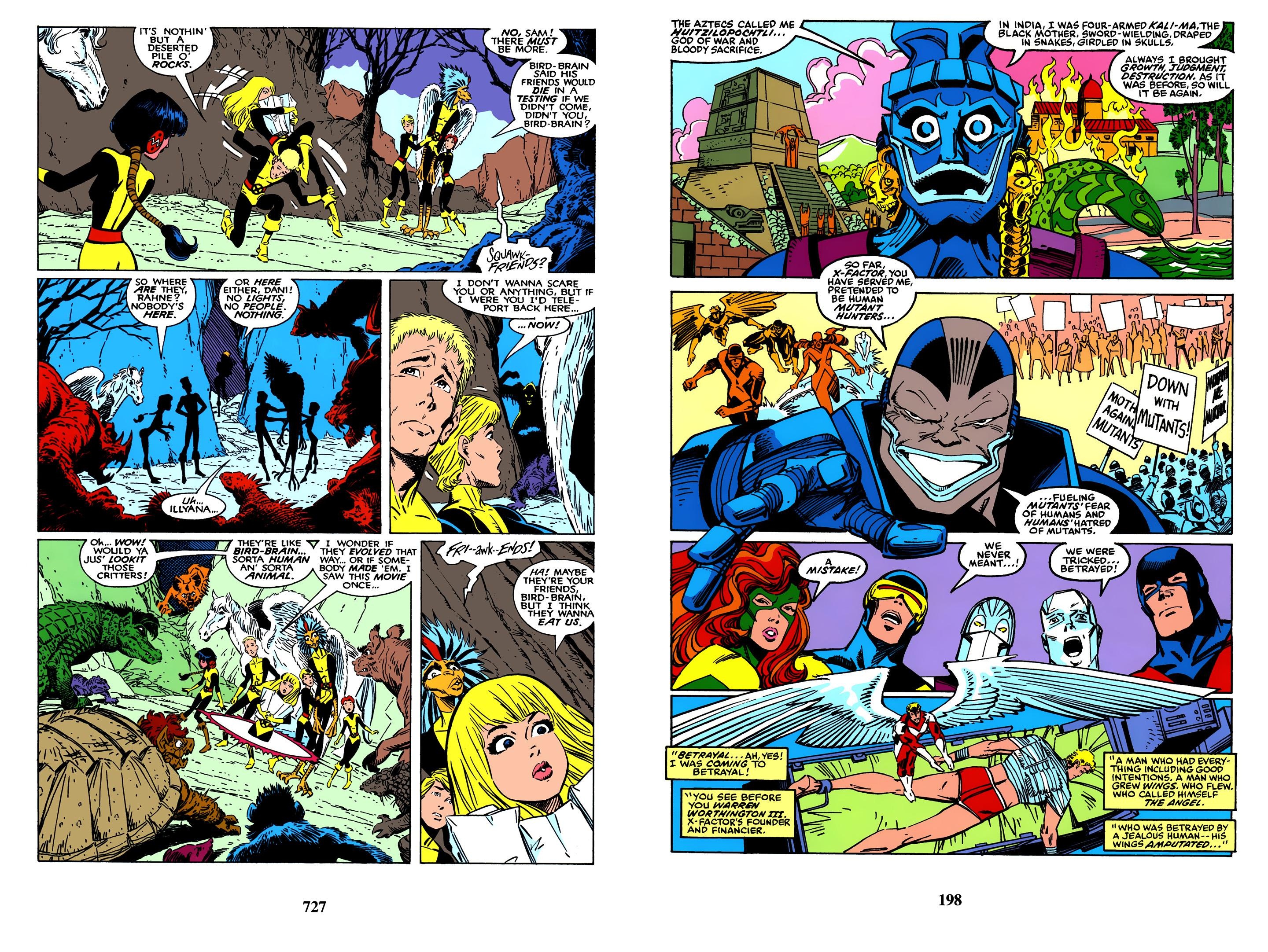 The Fall of the Mutants was an ambitious story in the late 1980s, linking the X-Factor, X-Men and New Mutants titles, but rather than uniting three teams in a single story, the title was a catch-all as each of the teams faced transformation.

X-Factor at the time were a re-branded version of the original X-Men: Beast, Cyclops, Iceman and Marvel Girl, with Caliban also along for the ride when they’re abducted by Apocalypse. Their former partner Angel, however, is presumed dead. Louise Simonson’s plot was pretty daring for times, and resulted in one of X-Factor drastically transformed when Apocalypse lets loose his four horsemen on New York. If you love a protracted superhero battle, what Walter Simonson produces is spectacular, but the remainder is very much of its era. The soap opera aspects dominate the final chapter, but they’re not the only examples of the cast explaining the plot as they go along, and it’s dated.

So is the X-Men section by Chris Claremont and Marc Silvestri, opening with a tortured Colossus raging against the iniquity of humanity at large continuing to despise mutants after they’ve saved the world so many times. As this has been the underlying theme of the X-Men since day one, Claremont can hardly be blamed for employing it, but what at one time was considered deep characterisation no longer seems that way. Claremont used the story to bring several long-running plotlines to an end, but again time hasn’t been kind, and hanging over the entire story is the prediction that the X-Men will die. The way that’s resolved might be considered cheating. Silvestri’s art is standard late 1980s superhero material.

The New Mutants are still trainee X-Men, and also written by Louise Simonson. Because they’re younger than the other teams they’re less locked in, and Simonson weaves a strangely surreal tale around them, better for downgrading the angst infecting the adult mutant sections, at least until the final chapter. Balanced against that is the whimsy button pushed a little too far, and a caring and considerate Magneto doesn’t work at all. Bret Blevins is quite the revelation, designing the pages well to allow for space, equally good with character designs and expressions, but his proportions are sometimes wonky. All these years on, it’s this section that reads the best.

Fall of the Mutants is also available in an expanded hardcover Omnibus, greatly increasing the number of issues presented before the core story kicks in for each of the three involved series, and further including issues of many other Marvel titles that vaguely tie in. Failing that, the same content was subsequently split over two paperbacks, volume one and volume two. In 2019 it was reunited under the X-Men Milestones title.