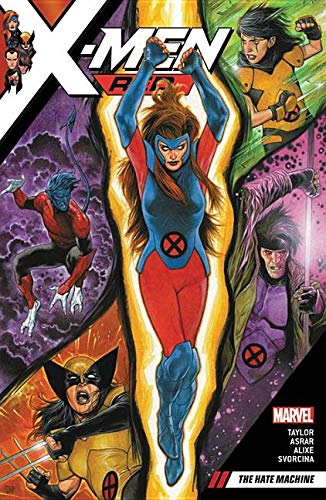 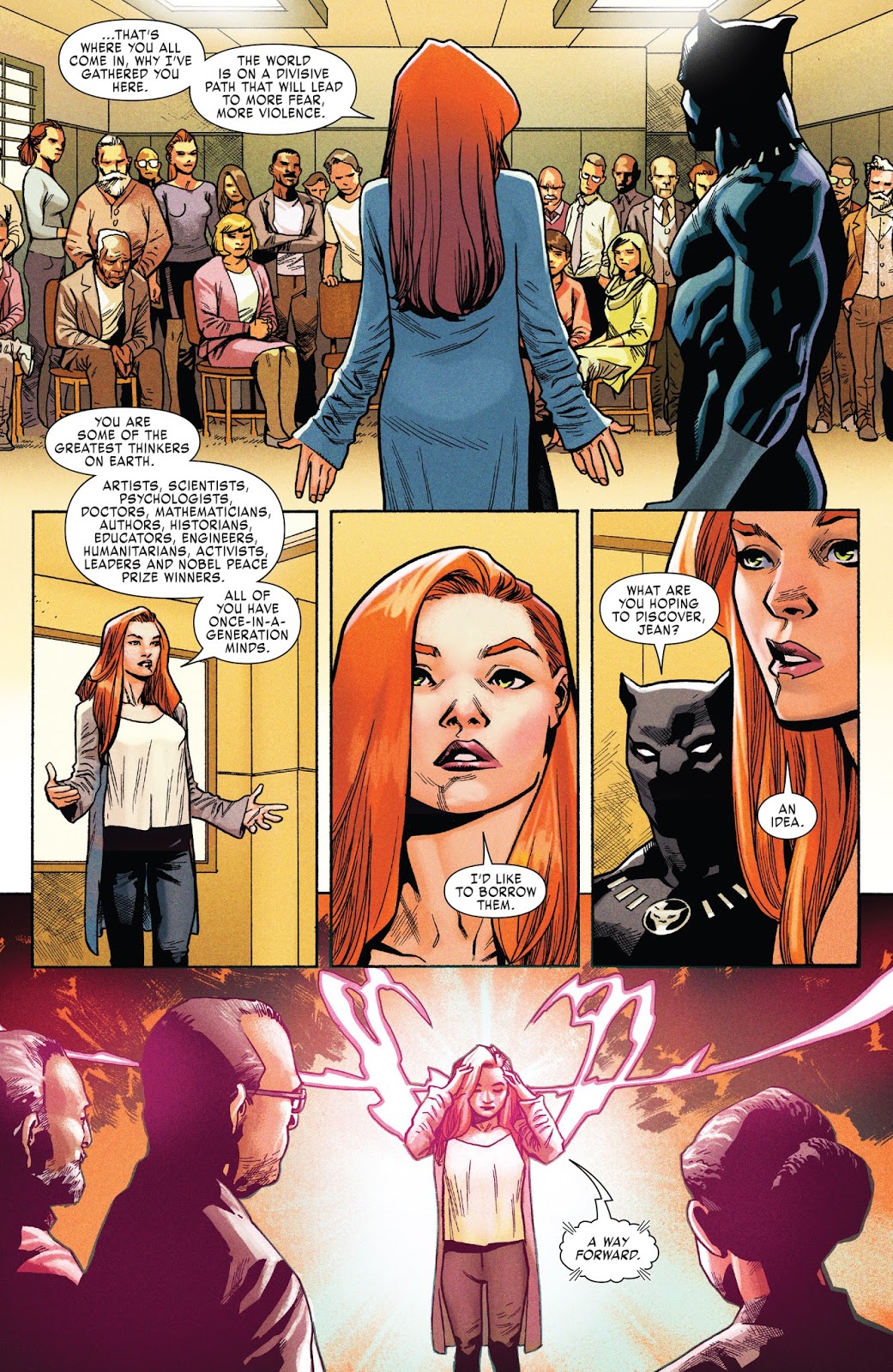 In 2017 Marvel reconfigured their X-Men titles into three colour-coded teams, and while X-Men Red turned up slightly later than Blue or Gold, as an opening instalment it’s by some distance the pick of the bunch. This is because writer Tom Taylor builds on some familiar ideas associated with the X-Men, but his is an individual approach. The recently revived Jean Grey along with Nightcrawler are the longstanding, well known faces, leading a global team featuring new characters, while the multicultural result is more than just a nod and a few accents, with their backgrounds essential to the stories. Beyond that the X-Men have always been a lightning rod for fear and persecution, and while that plot has been poorly handled by so many to the point where it’s become trite, Taylor succeeds by pulling it further into real world politics. Social media manipulation and fake news are integral fuel to this new mutant hatred. Essentially the core becomes what’s voiced in the fourth chapter about there being no protection from what’s in someone’s head.

On other projects Taylor’s shone by featuring plot twists not even the seasoned superhero reader sees coming, and some occur, yet the real strength of The Hate Machine is the deft characterisation. Taylor achieves this via dialogue alone, not bothering with caption boxes, and is accomplished enough to ensure the cast aren’t continually explaining themselves.

It seems to begin with that Mahmud Asrar might not be the ideal artist for a big scale superhero project as his art is loose and sketchy rather than being precise and defined, but that instant impression is wrong. A new approach needs the step away from the past that Asrar provides, and he’s a solid technician, a good storyteller and can produce a fantastic pin-up. Every chapter contains either a full page of Jean Grey or a full page action shot of the entire team, and they’re superb. It’s not Asrar who starts the book, but Pascal Alixe, and the contrast is extremely awkward. Alixe’s pencils are far more figurative, but excessively posed, and for some reason Chris Sotomayor has chosen to colour everything as vividly as possible.

The result isn’t pleasant, and were it not for that art this would be ranked higher overall. Taylor’s set the scene well, taken Jean Grey on a sentimental and sometimes bristly tour of her friends, and surely no-one will read this without also wanting to look at the conclusion in Waging Peace. 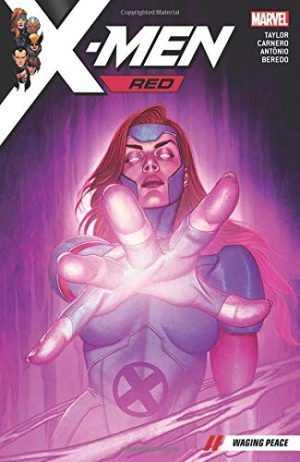