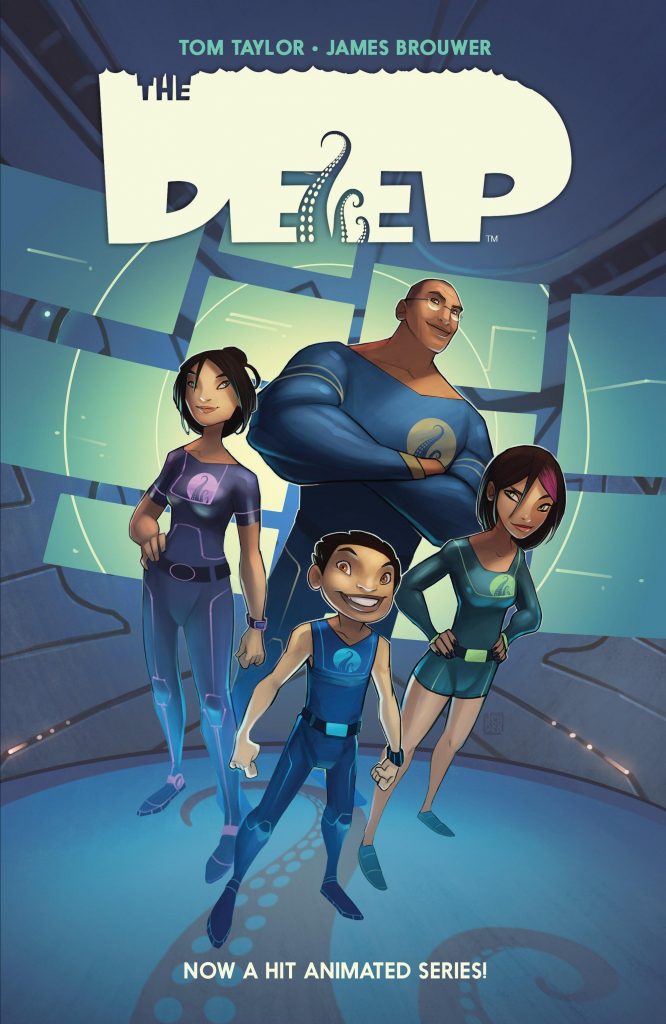 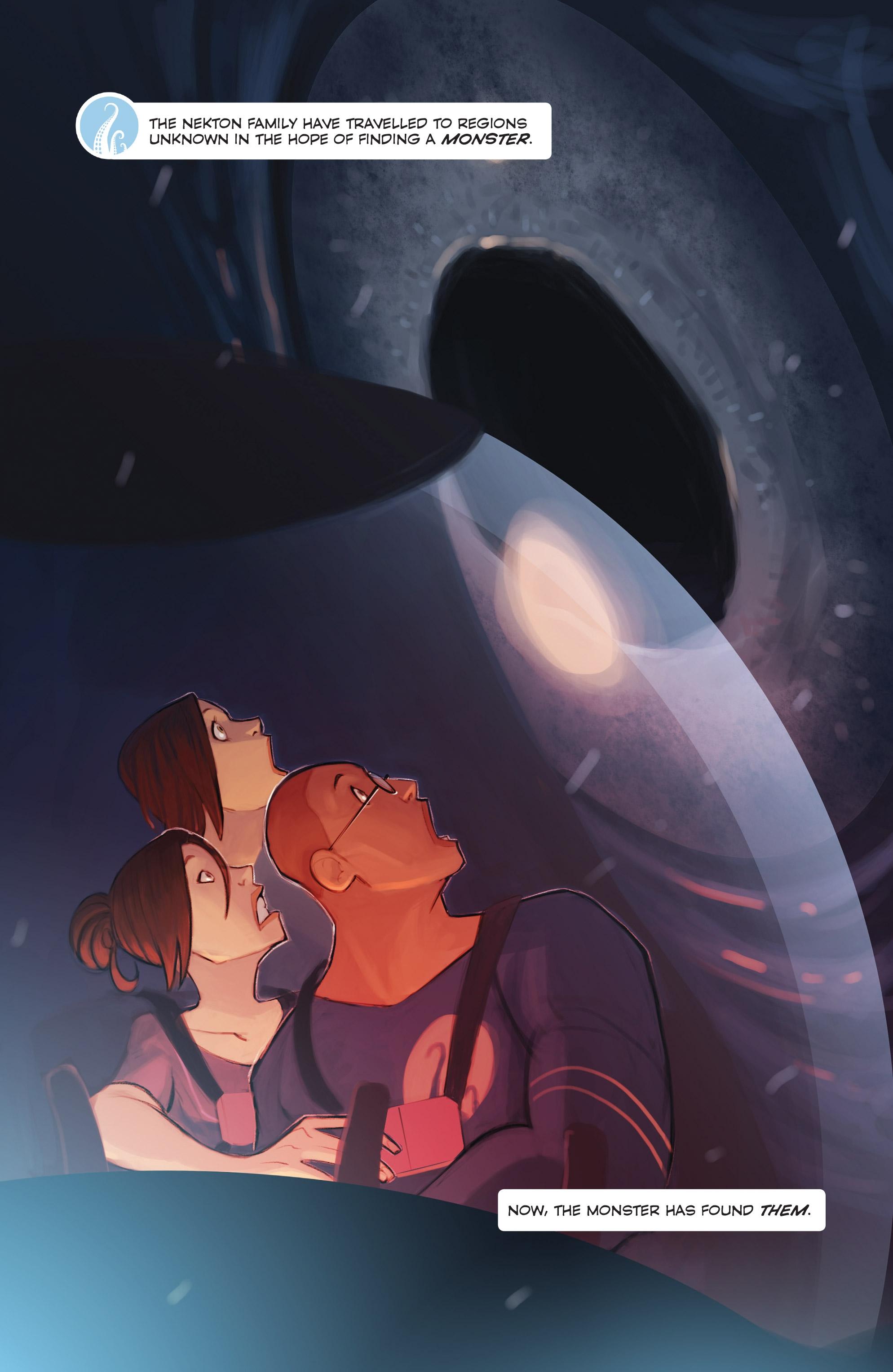 The Deep was originally published in Canada in 2011, but having spawned a successful animation series (three seasons to date), Boom! Studios combined the two Canadian graphic novels for this American release in their children’s imprint. Here be Dragons and The Vanishing Island are a stylish update of Voyage to the Bottom of the Sea, merging underwater exploration with the animated look and family dynamics of The Incredibles.

Teenager Fontaine and younger brother Ant (or Antaeus) accompany their parents William and Keiko Nekton as they patrol the oceans in the state of the art Arronax submarine, in search of the previously unrevealed. They have an international reputation, and William’s ambition is to locate the fabled lost land of Atlantis, believed to have sunk many centuries ago. As mankind knows more about the atmosphere and outer space than the depths of the oceans on Earth, Tom Taylor has plenty of scope for including the fantastic in the The Deep’s adventures, and does so without stretching credulity. He also creates a nice family dynamic, every member resourceful and clever, while keeping the dangers at an all-ages level. Plenty of thought applied to the background results in a strip rich in possibilities, and the two adventures gathered here are very different. In the first a giant marine monster is reported off the coast of Greenland, and in the second an island remains untouched by a giant tsunami, and when the Aaronax arrives, the island is a mile away from where it should be. Both require a mystery to be solved.

James Brouwer produces digital art, richly coloured and with fully functioning backgrounds that convey what’s necessary, but are actually effectively simple. It may take some getting used to the small heads on long necks of some characters, but it’s a stylistic choice, and the designs Brouwer comes up with for state of the art equipment are novel and his undersea creatures great.

Taylor applies the same imaginative sense of plotting that would subsequently work so well on superhero series, resulting in a collection to be enjoyed by adults and children alike. The only unfortunate aspect is that some plot threads are left dangling, including the interesting revelation that concludes the book, but the animation may explore these further.