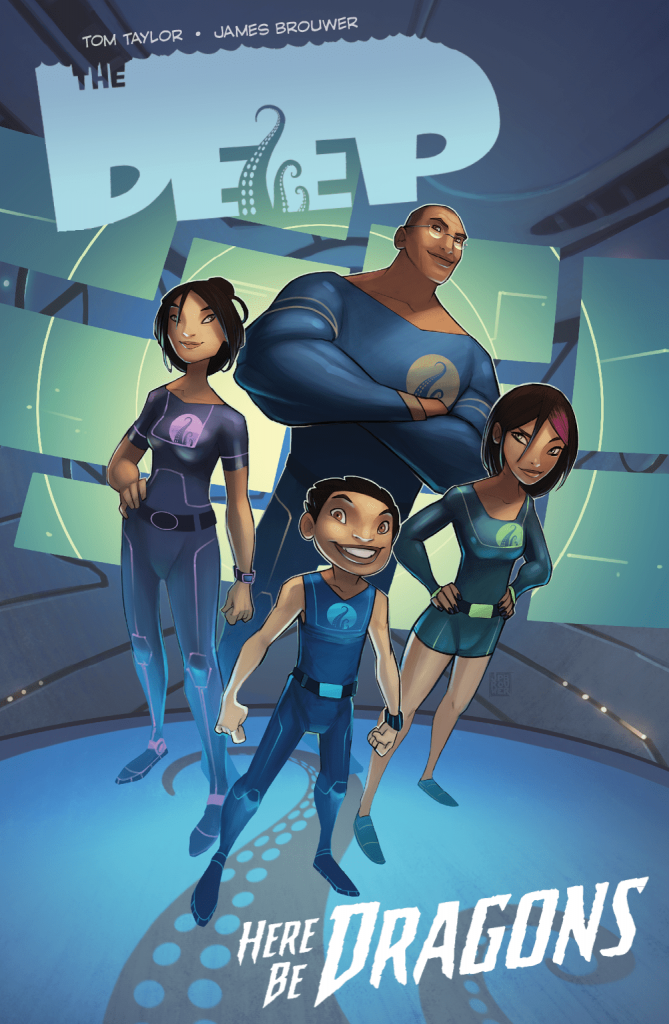 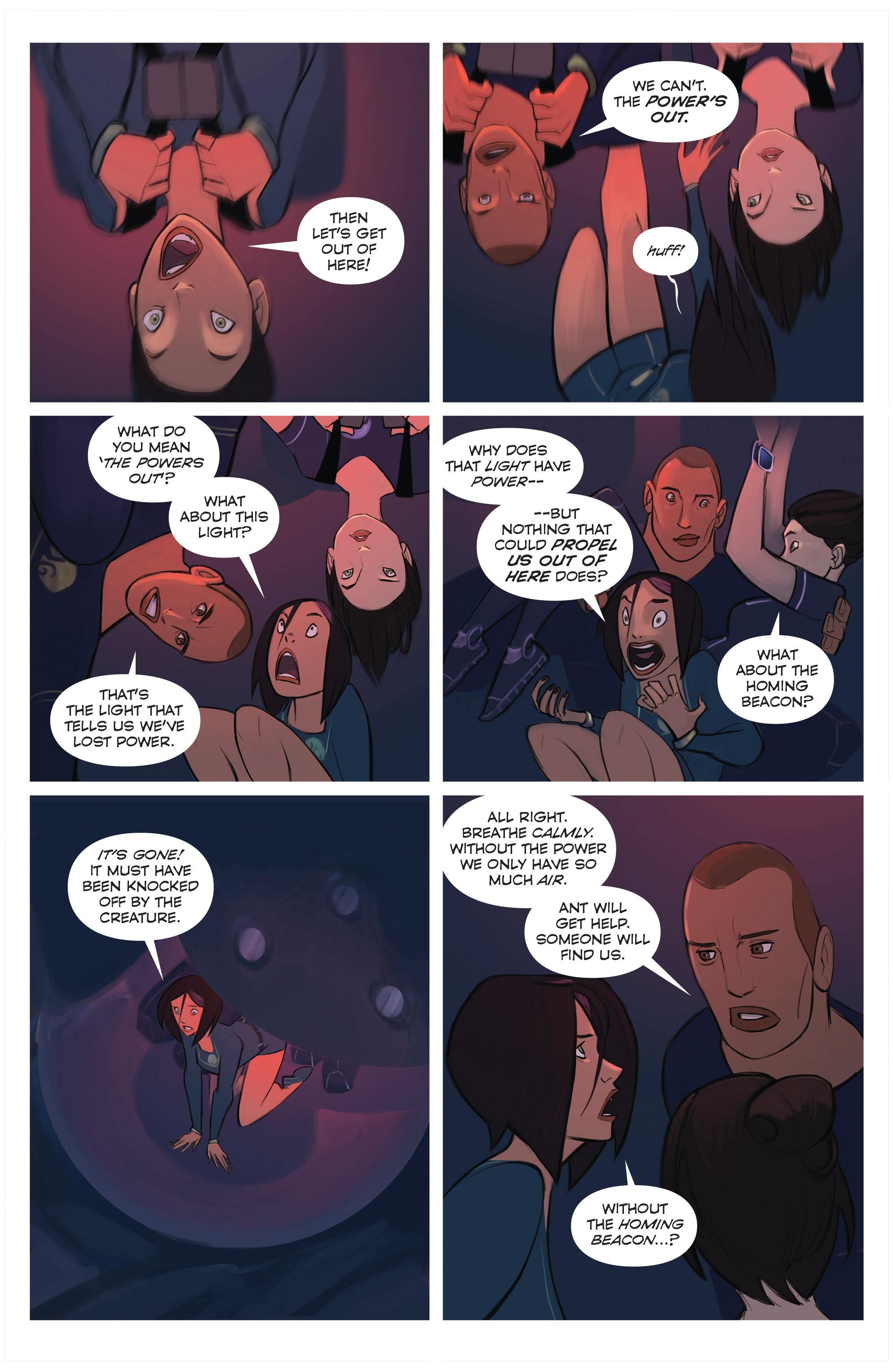 The Deep is a stylish update of Voyage to the Bottom of the Sea, merging the theme of underwater exploration with the animated look and family dynamics of The Incredibles. Where it differs, however is the deliberate multicultural element to the family, which is nicely understated rather than announced with fanfare.

William and Keiko Nekton run the state of the art Arronax submarine, patrolling the oceans in search of the previously unrevealed life and phenomena, accompanied by teenage daughter Fontaine and younger brother Ant, short for Antaeus. They have a successful track record and a high reputation, and when a sea monster is reported off the coast of Greenland after a subsea eruption, that seems the ideal location for their next adventure.

It’s easy to see why The Deep was relatively rapidly tracked to animation, the first season appearing on screens just three years after this graphic novel, and with two more seasons following. James Brouwer’s digitised art has an animation polish, and Tom Taylor’s all-ages plot and well-considered background displays the adventure potential. Beyond their multicultural appearance the family members are all cheerful archetypes that younger readers can recognise and/or identify with, and Taylor’s careful to ensure that within the adventure everyone has a part to play. Negative characteristics are downplayed, with an exploitative reporter the worst person seen.

That may make The Deep seem all too contrived, but it’s the spirit of fun, adventure and wonder that raises the story above that. Taylor never delves too deeply into the workings of the technology, figuring as long as it looks good and futuristic, which it does under Brouwer, then no further explanation is required. To begin with, Brouwer drawing some cast members with small heads atop long necks looks strange, but any concerns about this stylistic choice fade quickly as his world building continues. The title, by the way, comes from an inscription found on ancient maps before the oceans were fully charted.

A second outing for the Nekton family followed in The Vanishing Island. With the TV show being screened in the USA, Boom! Studios combined the two publications into a single American edition just titled The Deep. 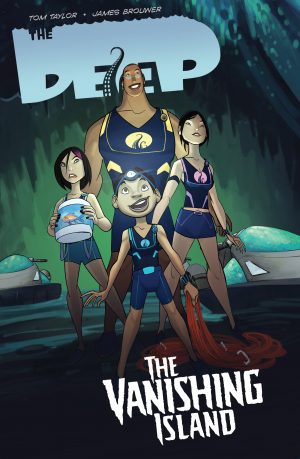