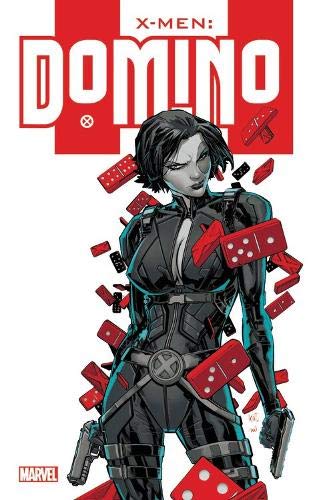 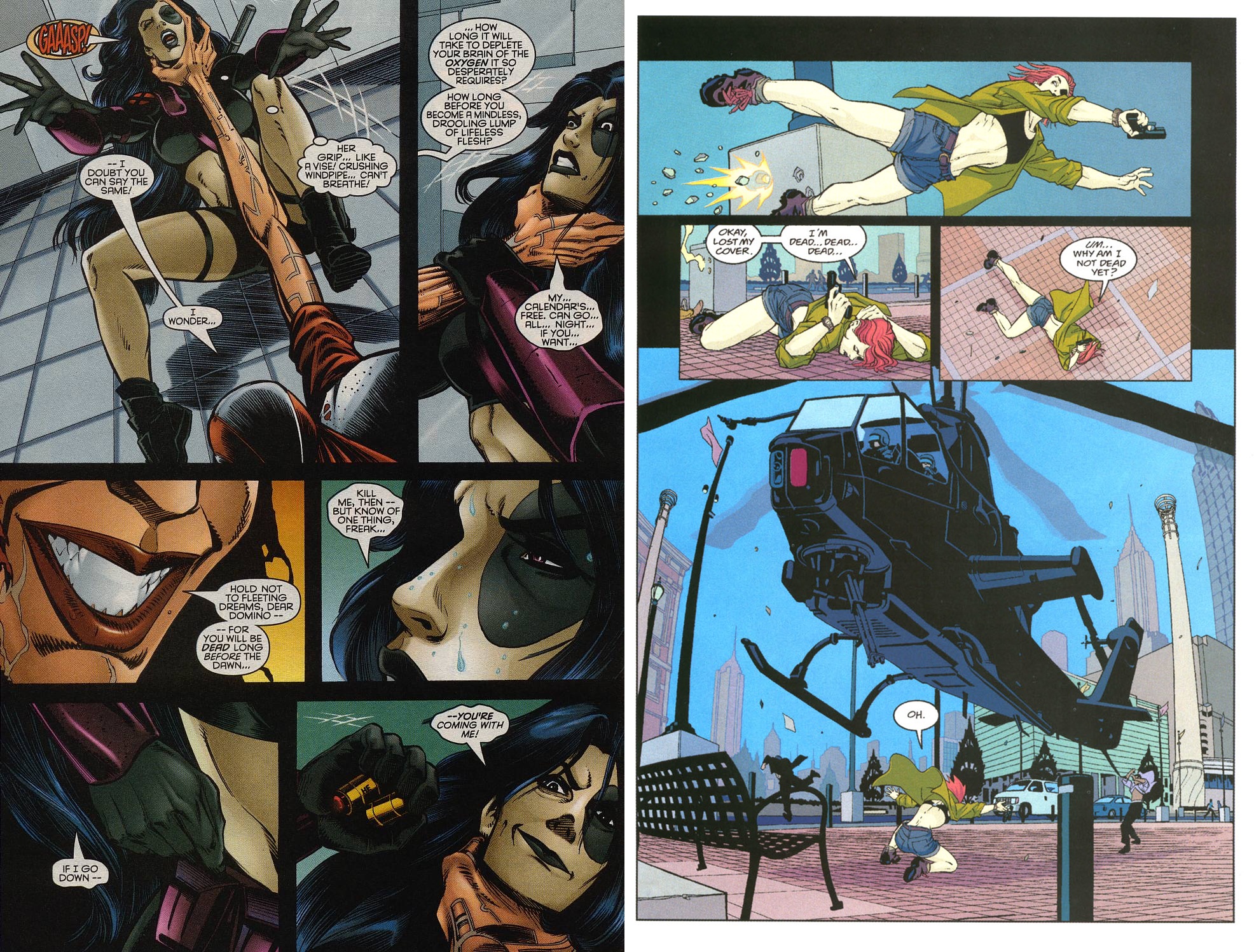 In the wake of Gail Simone’s success in reconfiguring Domino in 2018 (see Killer Instinct), Marvel delved into their backlist for this compilation of her earlier solo work, most of it originally issued over a decade from 1995. Let’s deal with the three longer pieces first.

In 1997 Marvel considered the best way for Domino to be taken seriously was not to portray her as an assassin in a skintight costume, but a beautiful woman posing in her tiny bikini and thigh length leather boots. And how much more seriously would she be taken if she had to fight like that also for half the first chapter? She puts on slightly more clothing for a rescue attempt at a secret base, but it’s a struggle to find a sample page of David Perrin’s art featuring Domino that isn’t exploitative. Ben Raab’s accompanying plot is basic, and his dialogue at times the most obvious villainous monologuing when it’s not lame banter. This is stone age stuff. Had Marvel bucked their ideas up by 2003?

Beyond the dark mark around her eye, you’d not know it was the same character under Joe Pruett and Brian Stelfreeze’s redesign, transforming Domino into a form of secret agent following one hard earned clue to the next over four chapters. She’s on a mission to track down her mother, and Pruett perpetuates mystery while Stelfreeze’s art still looks very nice indeed, the exploitative shots occasional and here more in keeping with the James Bond atmosphere. Stelfreeze is also responsible for the subtle and distinctive colour, really going beyond the call of duty to make this stand out, while Pruett eventually provides Domino’s previously unknown origin. It’s the collection’s highlight.

Gabriel Dell’Otto’s imaginatively painted art makes the subsequent X-Force story look a lot better than it is. What it needed was more thought. It’s an X-Force team effort, that lives up to the second part of the ‘Sex and Violence’ title, with Dell’Otto revelling in the effects of stabbings, which is distasteful, while the first part appears contrived by the writing team of Craig Kyle and Christopher Yost just to make the title work. Why did the writers think Wolverine suddenly having the hots for Domino was a good idea? And why is he using a gun in the opening chapter? The plot just about holds together as a cinematic action thriller if you ignore the nagging voice pointing out inconsistencies.

Over the longer stories the writers largely avoid Domino’s mutant ability to turn luck in her favour, but they form the core of Adam Warren’s short piece in which the Scarlet Witch boosts those powers. If your taste runs to Warren’s mangaesque versions of the characters it’s a dire situation with a clever solution. It’s also used by Anthony Piper in the most recent story, gathered from 2016, which is wordy and the art a little stiff, but it works. The earliest piece is Todd Dezago and Daerick Gross providing Domino’s monologue as she tests herself. It doesn’t match Piper’s piece, but just about works for the filler it was intended to be.

There’s nowhere near enough quality here to justify the cover price Marvel used on publication, but with used copies now considerably cheaper the Pruett and Stelfreeze contribution may tempt. 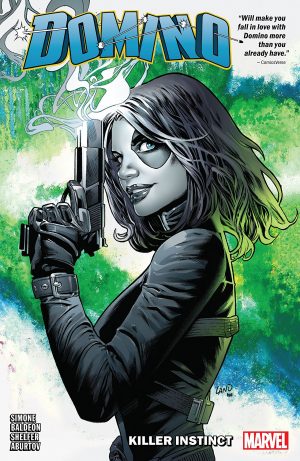 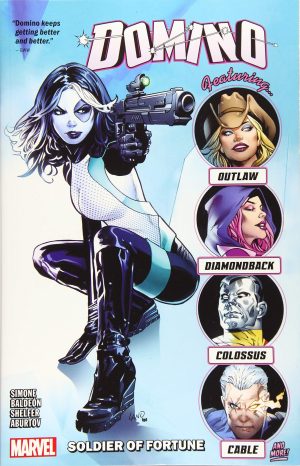 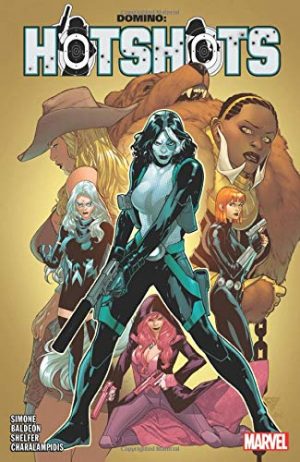 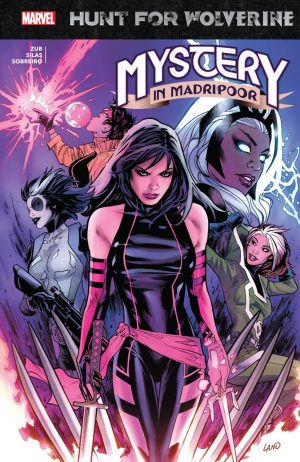