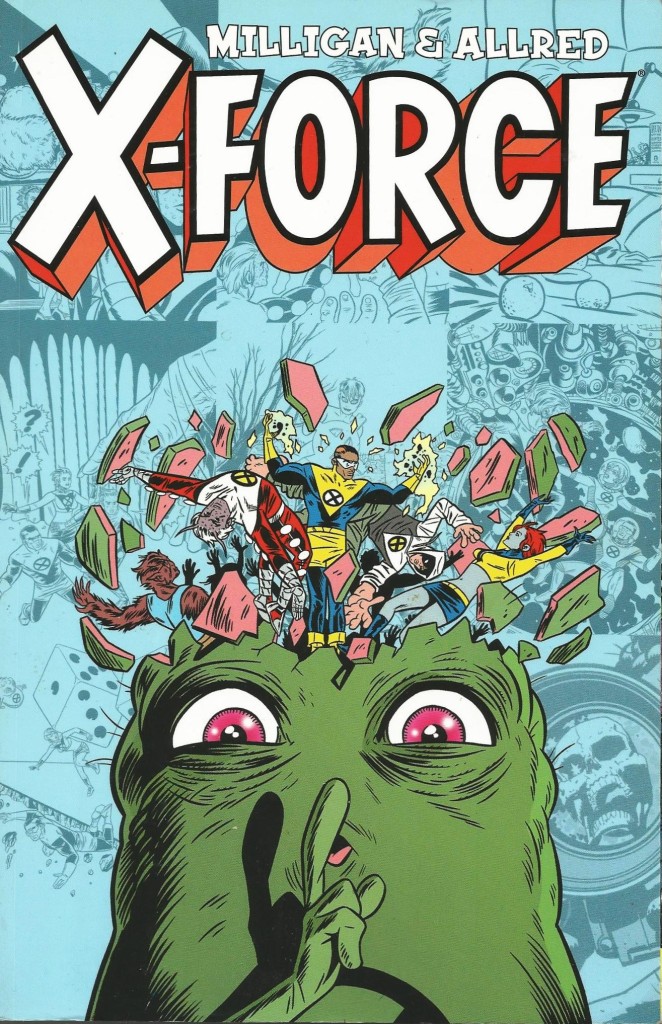 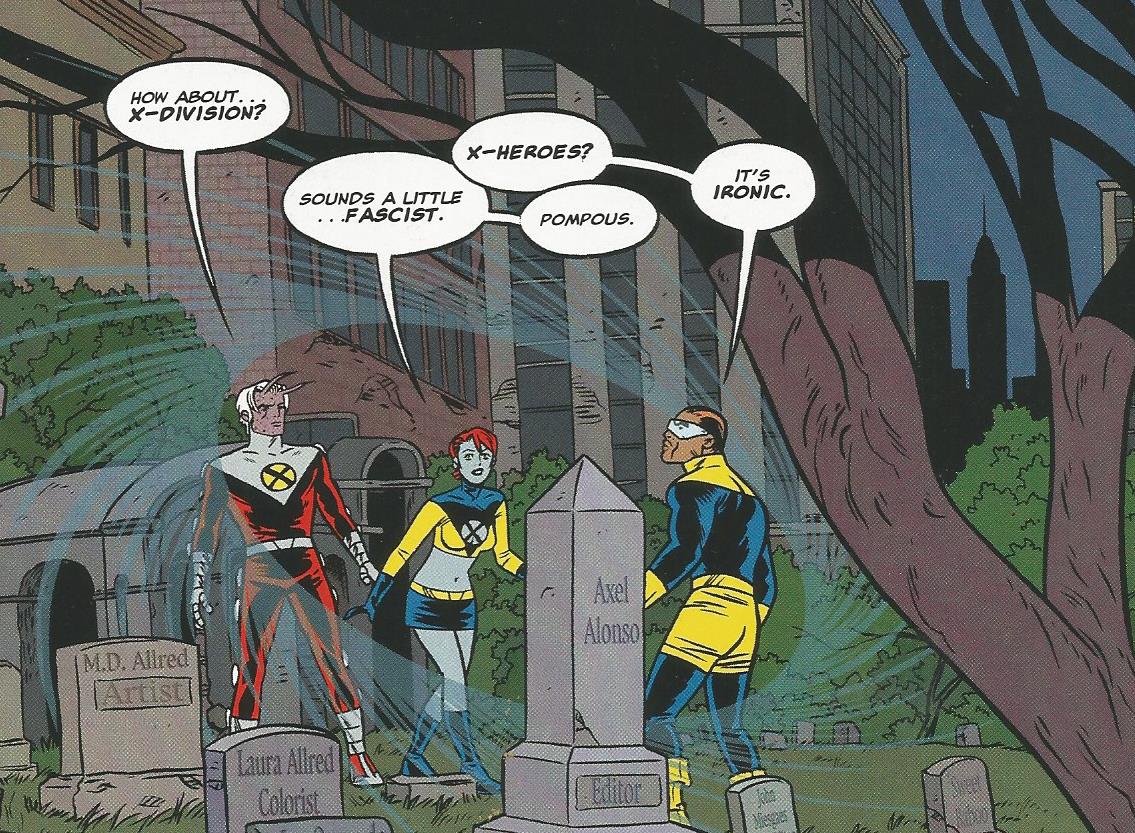 Following New Beginnings, this continues the saga of Marvel’s most  superficial super-stars, as they booze and whore their way around a carousel of self-aggrandisement and debauchery, making the world safe for unfettered product placement and media tie-ins. What should be repulsive, however, is actually kind of fun, as our ‘heroes’ grasping venalities are presented with an open naivete that is almost endearing.

As the surviving team members review new candidates for membership, Edie Sawyer, a.k.a. U-Go Girl, is going off-message, her  teleportation becoming less reliable and her extracurricular activities distracting her. At the same time, an ambitious new mutant called Lacuna is vying hard for membership, endangering and embarrassing the team with silly stunts. An encounter with a seeming spirit of Death rattles the senior members – Mr. Sensitive, the Anarchist and U-Go Girl – while Phat and the Vivisector pick an unusual way to attract attention but find it backfiring when their staged position starts generating actual – oops – feelings. Two new members join this volume: the Spike, and Dead Girl. One is gone by the end of the volume, one becomes a major player player in the series.

Pete Milligan keeps the emotional action bubbling along, almost distracting the reader from the fact that there’s very little actual action occurring. Not that block-busting fight scenes are necessary, as the interaction of a superbly delineated, vivid cast of personalities maintains reader interest more than adequately. When fights occur, they are, in X-Force tradition, short, furious and fucked-up, with fatalities a’plenty, and  the series closes with the demise of another senior member, who conveniently re-names the team with their dying breath – conveniently, because the powers that be at Marvel were already agitating to reclaim the hijacked X-Force name for a more conventional mutant series.

Mike Allred’s disorienting style delightfully suits the narrative, with its garish, larger than life veneer, but there are two fill-in issues included; one, perfectly lovely, by Duncan Fegredo, but a standout issue drawn by Darwyn Cooke, focussing on U-Go Girl’s past and her relationship with The Orphan/Mr. Sensitive, walks away with the artistic honours this time.

The folks who make it to the end of this volume continue their spotlight-hogging hijinx in X-Statix: Good Omens.