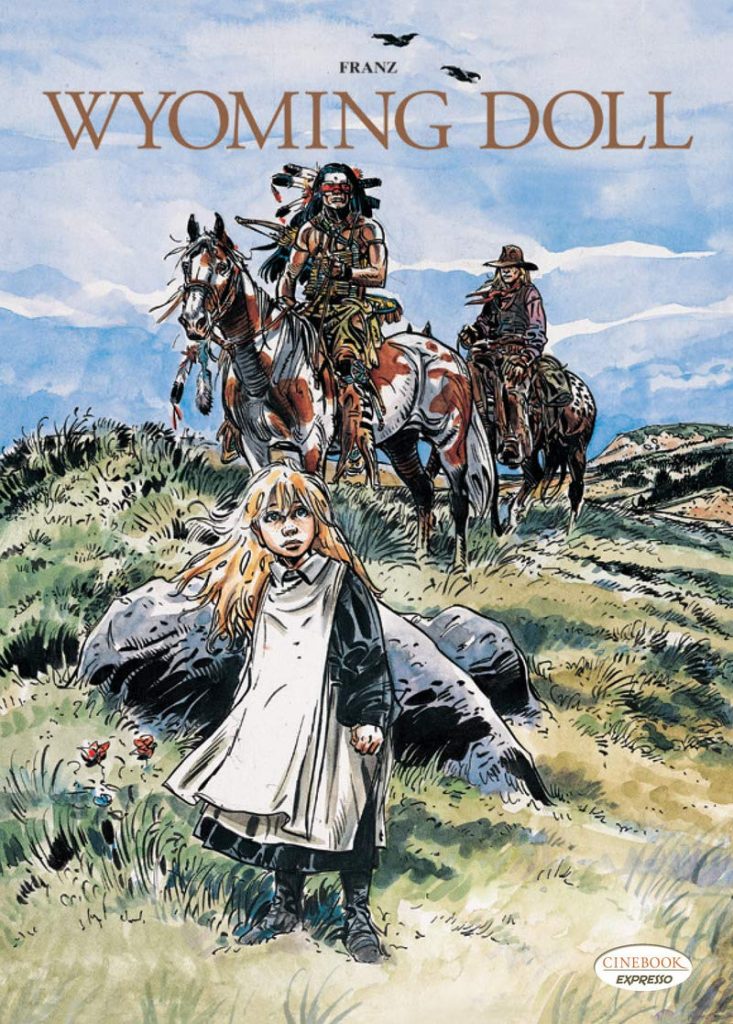 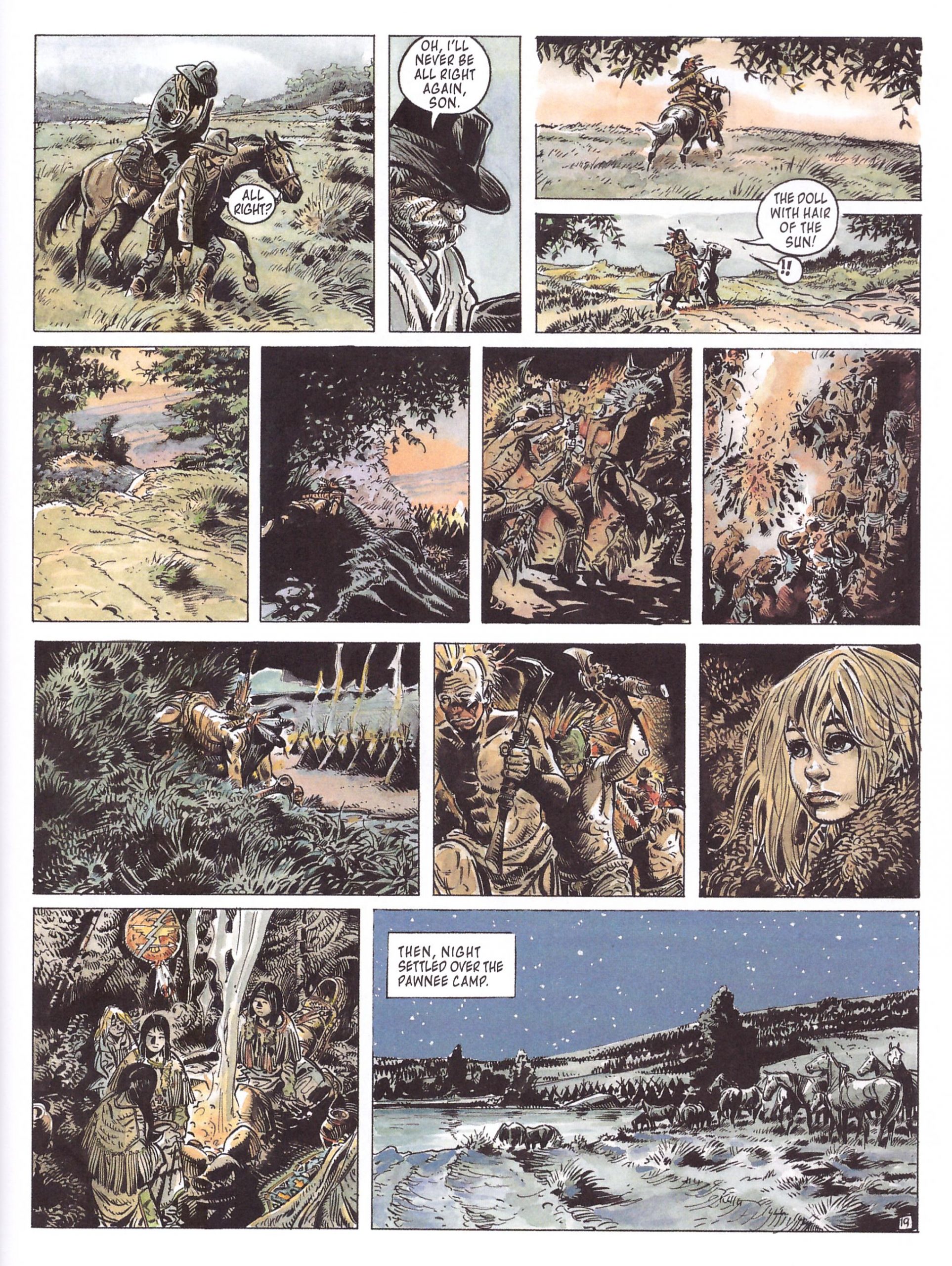 The only adult survivors of a Sioux attack on a wagon train in the old West are a young Irishman, Logan, and Italian grandfather Giuseppe. When they bury the bodies they realise a young girl is missing. From that Franz (Drappier) weaves a strange story, beginning by adhering to a well trodden Western path, before taking a considerable leap away. The young girl, eventually named Sharon, is pictured on the cover, and she spends most of Wyoming Doll in the company of Salmon Leap, a Sioux brave who’s been rejected by the father of the woman he wants as a wife, so goes solo and rescues Sharon from the Pawnees. The racism of the time is integral to both the story and our sympathies. We’re shown Salmon Leap is doing the right thing and cares for the girl, yet are also aware that the settlers draw no distinction between the various tribes, seeing only skin colour.

A considerable work ethic applies to the art. Franz rarely slips below ten panels to a page, and as seen on the sample art, each of those panels is fully detailed and the people given visual personalities, even those whose only purpose is to be seen a few panels before they die. When combined with the Earth tones Franz uses as colour some pages are just too cluttered and distracting. Even though a fair portionof his story occurs across vast plains, there’s never any great sense of wilderness because Franz encloses so much. On the other hand, using so many panels applies a greater density than most 64 page graphic novels.

The longer Wyoming Doll continues, the more it surprises, one being that Sharon isn’t the entire story. Franz realises that for the emotional impact to resonate it’s essential we understand what Salmon Leap is doing and why, although his different values will be of no comfort to the friends and relations of those he kills. Logan’s also a killer, although his circumstances are entirely different, and Franz works everything to a not entirely unexpected fatalistic ending.

If there’s a theme, it’s circumstance shaping a person. Two of the three people pictured on the cover become who they are due to a single incident, while the third is built in stages, but none of them of their doing. The Western is now a dead genre for American readers, the spark diminishing further with the death of every person who revelled in its 1950s heyday, but good drama transcends genre, and on that score Wyoming Doll is a creative success.