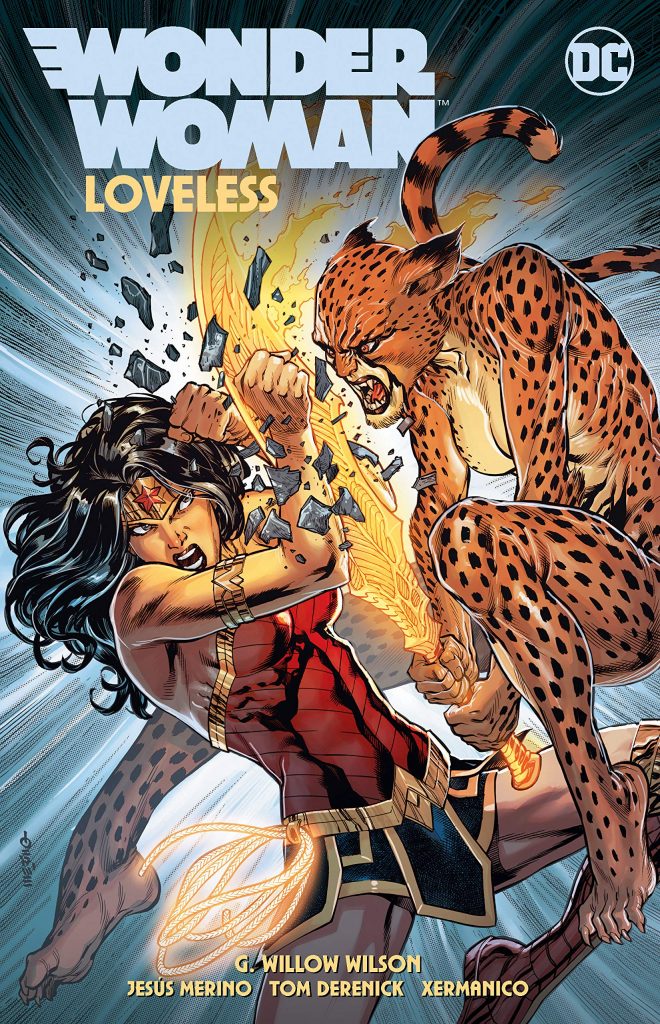 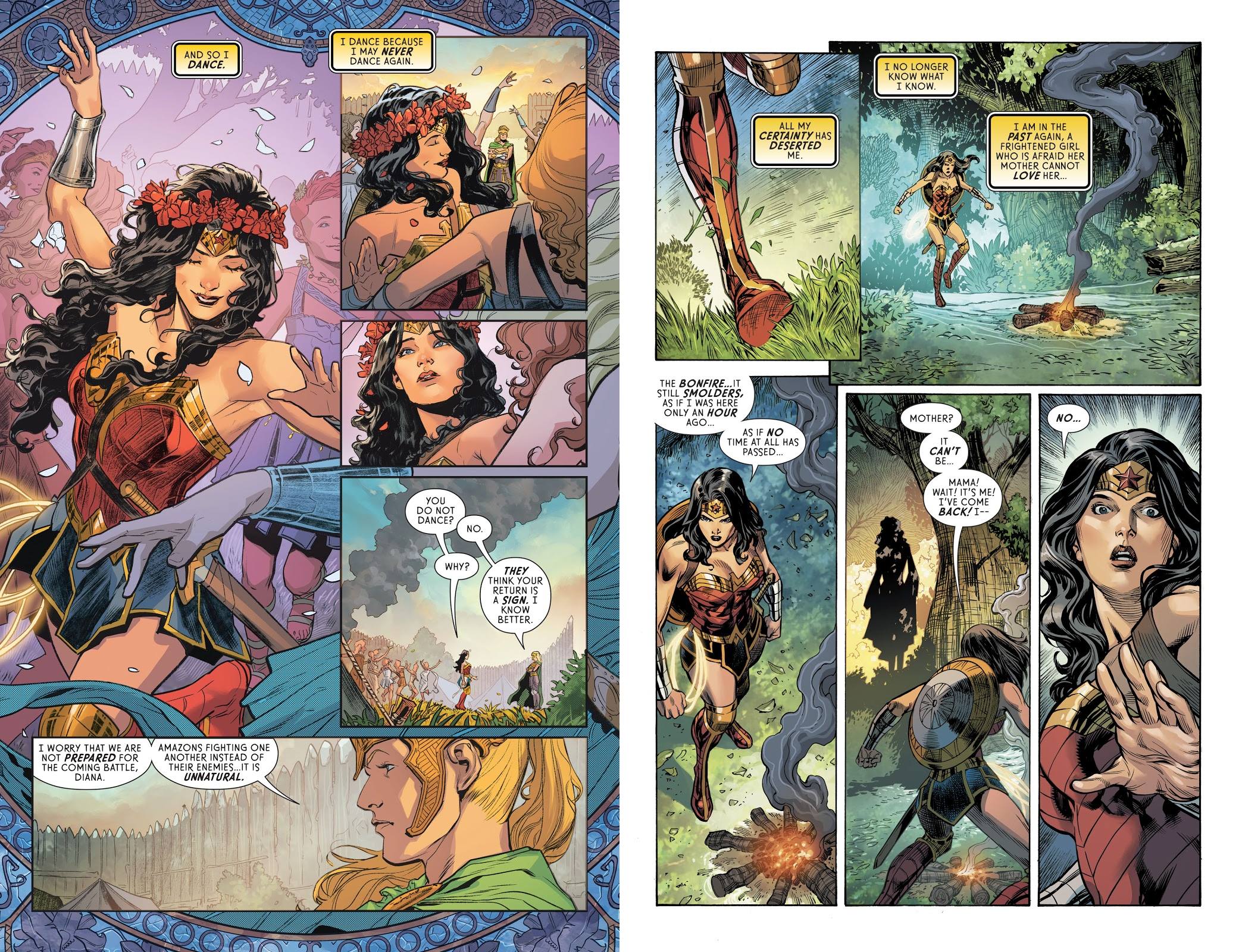 Although waylaid over the previous two volumes, Wonder Woman’s mission has been to discover what’s happened to her mother and the other Amazons when the reset button appears to have been hit, returning the gods to Earth in altered forms. As seen ending Love is a Battlefield, the trail has led her to Chi, an artificial Amazon reality created by Queen Hippolyta in which the Amazons follow a different and less caring path.

This plot thread builds into a desperate battle, with some beautiful art before and during from Xermanico, and in the continuity it’s a big moment as Diana has been away from her homeland for decades. However, it doesn’t thrill because too much is left unexplained or unsaid. The major villain could have done with some more context, as she comes across as opportunistic, not powerful enough to withstand dozens of Amazons beating her down, and without any motive other than prompting a battle. The same applies to Chi, which is a viable concept, but only needed as a gateway, and why did some Amazons seemingly become traitors only to change their minds? The portrayal of Hippolyta as uncharacteristically timid also strikes the wrong note, as does the later simple defeat of Aphrodite, even given the weapon used. They’re written that way because it serves the story, never mind that they’ve been established as stronger, which is very disappointing.

Xermanico (sample spread left) is the star turn among the artists, ornate and with a more individual viewpoint when it comes to laying out the pages, but there’s no poor art in Loveless. Tom Derenick, Scott Eaton, Lee Garbett, and Jesus Merino (sample right) all providing good action and characterisation. It’s a shame there have to be so many of them over eight chapters, but there is no massive stylistic divergence, so the story holds together.

What happens to Aphrodite leads into the title story, which is an investigation of things that might happen when love is removed from the world. It ties into Lex Luthor’s machinations over the wider superhero community, but we only see him in passing, and it’s Wonder Woman’s old enemy the Cheetah who’s the main problem. She’s received a power upgrade, and before we arrive at the end there’s an excellent twist regarding that, and another to provide a solution. On the other hand there’s been another moment of astonishing convenience as the weapon that’s caused so much trouble is just destroyed by a touch. By the time Loveless finishes there have been changes to Diana’s world, but if only there had been fewer loopholes arriving there. The final page sets up Steve Orlando’s continuation of Diana’s adventures in The Four Horsewomen.

G. Willow Wilson and Wonder Woman ought to have been an ideal match, yet there’s been little affinity, and almost every good idea has been countered by something puzzling or a moment of convenience. This contradiction runs all the way through Loveless, which provides a disappointing end to a disappointing run from a writer who’s been so good elsewhere.