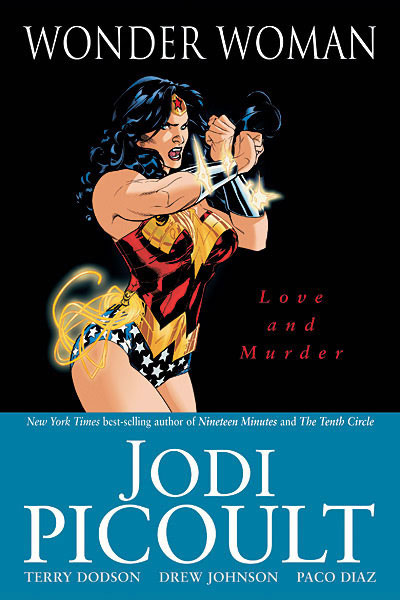 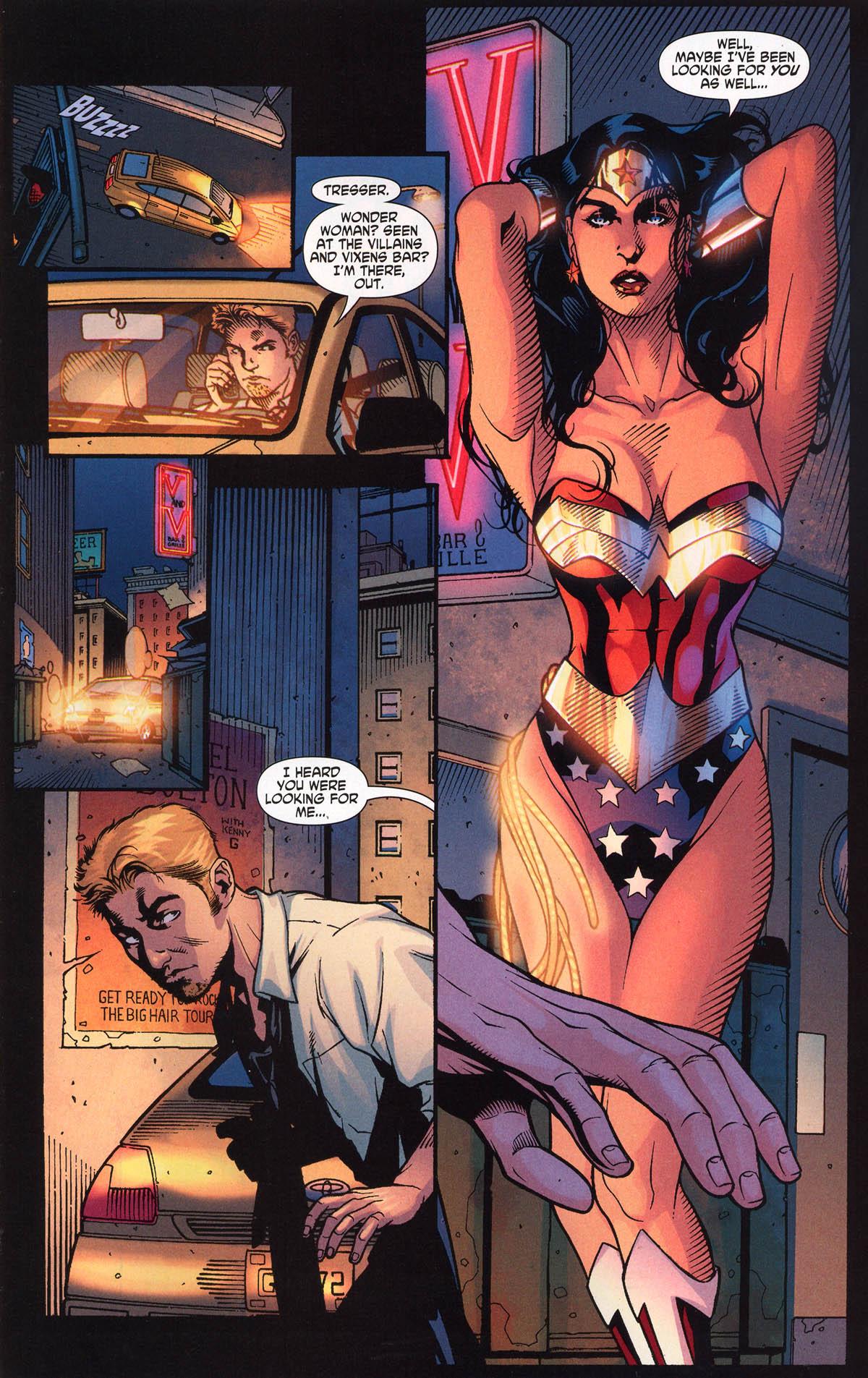 It’s seems at the beginning that it’s going to be easy to be seduced by Jodi Picault’s interpretation of Wonder Woman, sucked in by snarky opening comments during a scene set in a superhero theme park that seemingly set the stall for what Picault intends to do. Those comments refer to Wonder Woman’s popularity levels lagging behind Superman and Batman, and a perception that she’s not cool. “What, saving the world’s not cool?” asks a mystified Diana Prince, now working as an agent for the Department of Metahuman Affairs.

There are several nice moments to Love and Murder, most nearer the start of the book than the end. Picault partners Diana Prince with a long unseen DC secret agent character called Nemesis, and his observation that “you talk about people like you’re not one of them” is a nice touch in a story that emphasises Wonder Woman’s isolation both from humanity and the Amazon community. Unfortunately, such meditations on Wonder Woman’s place in the world rapidly sink beneath random plot elements lacking context. The main villain of the piece is Circe, well characterised as manipulative and deceitful to begin with, but the point of her plan is anyone’s guess as it doesn’t go anywhere. Chapter by chapter Love and Murder sinks beneath the weight of extraneous intrusions until it seems Picault’s just some anonymous script-bot being told to include a few Batman panels for crossover purposes, not an acclaimed novelist who’s sold millions of books. It makes her name being vastly larger than Wonder Woman’s on the cover all the more ironic.

Spoiler alert: How responsible was Picault for the ending? The final page sees Wonder Woman confronting her mother, holding a knife to her throat and asking if her mother’s prepared to kill her to win victory. It’s a great cliffhanger, but turn the page and that’s your lot. There’s an ad for Amazons Attack, where, presumably some conclusion is to be found. Anyone from Picault’s massive fan base who might have followed her to Wonder Woman in 2007 would have every right to be outraged. Do her novels end in this manner? When a DC editor sits down in a restaurant is it their expectation that they’ll be charged once for the meal and again for the cutlery to eat it with?

DC further shoot themselves in the foot with the lack of consistency resulting from constantly changing the artist, with three over five chapters. Glancing quickly at Drew Johnson’s opening artwork (featured page) reveals a good sense of page composition and storytelling, and he fills in the panel backgrounds, but his figurework leaves something to be desired. Characters are posed awkwardly and lack any sense of weight about them. Terry Dodson is a great improvement, decorative and clear, and Paco Diaz manages an approximation of that for the final chapter.

In the final analysis Love and Murder is a waste of what Picault might have brought to an iconic character.