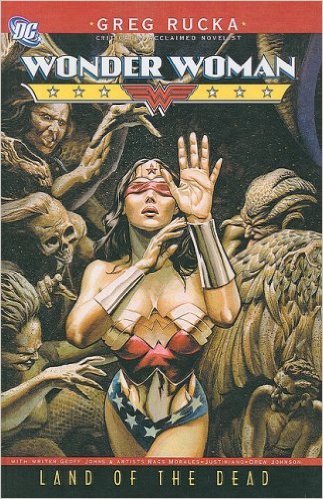 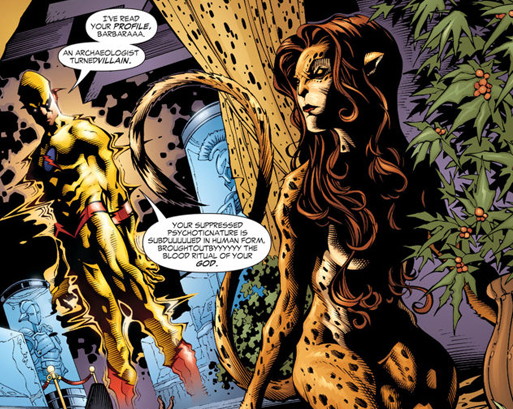 After the peak that was Eyes of the Gorgon, the third of Greg Rucka’s five-volume run of Wonder Woman, things return to ‘normal’ in Land of the Dead. This fourth volume pales only in comparison to the previous book, but it stands alone as a very solid story arc dealing with the fallout of Wonder Woman helping Athena to overthrow Zeus in Olympus. Zeus’ brothers, Poseidon and Hades are not too happy about this situation and that sets the story for Land of the Dead.

The five chapters begin with Wonder Woman teaming with the Flash to deal with the odd combination of Zoom and Cheetah. Rucka’s first collection, Down to Earth, included a rather lacklustre run-in with Flash, but he compensates here with a widescreen set as the heroes sort out the villains. When originally published as comics, this tale crossed into Flash’s title, so one chapter is the work of Geoff Johns and Justiniano.

As the title suggests, the centrepiece of this volume is when Wonder Woman visits the Underworld with Ares and Wonder Girl to save Hermes. Without revealing any spoilers, there’s certainly an upbeat ending as two major tragedies are reversed, but the next volume, Mission’s End, would bring Wonder Woman’s world crashing down.

This is a transitional book, as the reliable Drew Johnson relinquished the art duties to fan favorite Rags Morales, fresh from drawing Identity Crisis. Morales’ pencilling has an appropriate sense of the epic, which ideally suits a trip to the underworld of Greek myth.