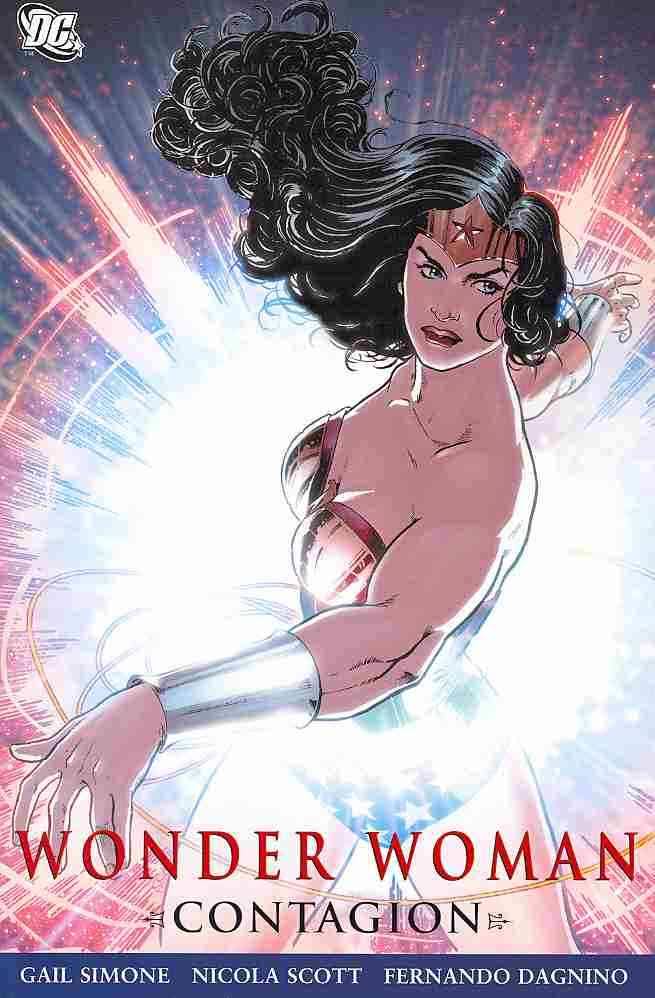 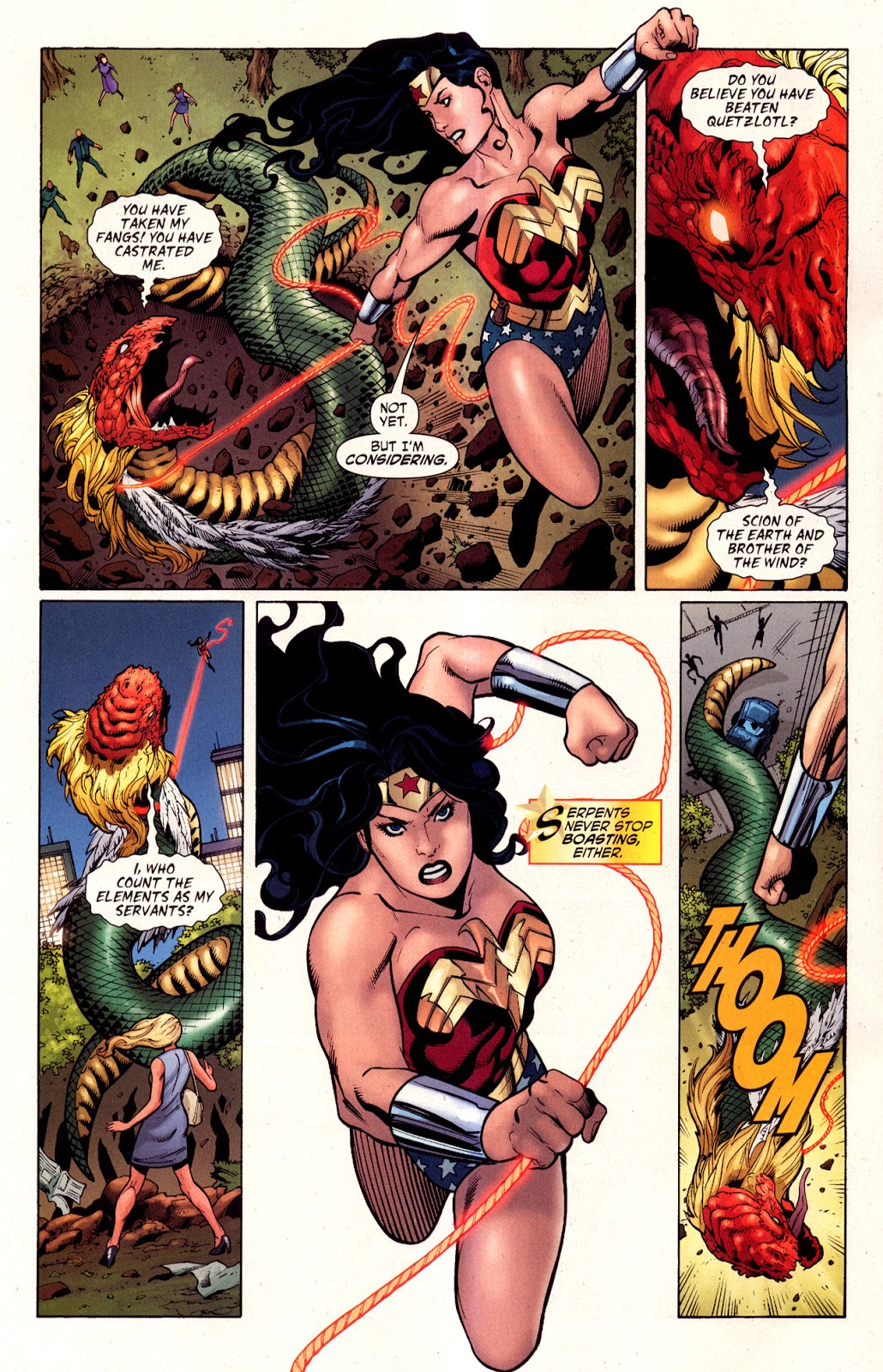 Contagion opens with a two-issue arc wrapping up the story that began in The Circle, the first volume of Gail Simone’s run. The hand of the editor feels looming here, as the arc that weaved through the entirety of her run is closed off too quickly, and without wrapping up loose ends left at the end of Warkiller, which would have suggested an even longer life for Simone’s tales of Themiscyra.

That said, the story itself is strong, featuring a city thrown into chaos after the seeds of unrest are sewn by some entirely creepy children. They serve as an example of the ultimate anti-Diana – creating discord and violence instead of peace and compassion. This story also features another cameo, this time playing Diana off against a Power Girl straight out of Amanda Conner’s contemporary run on the character.

This volume works through several artists after the opening chapter from the previously regular pencilling and inking team of Aaron Lopresti and Matt Ryan. There are some variances in their style,  with Nicola Scott and Fernando Dagnino’s work occasionally verging into large scratchy blocks of black shading and producing slightly off anatomy. Yet the quality is still generally high, and is stylistically close to the classic superhero-style art throughout the rest of the run.

The second story feels like Simone’s personal goodbye to the series – she revisits the Green Lanterns from The Circle and weaves an alien invasion tale that gives Diana one more chance to explore her relationship with the Amazons. The book ends on a heartfelt last few pages, wrapping up the stories and relationships of the run’s side characters and giving the often-tormented Diana a satisfyingly upbeat ending.

The overall payoff to the main arc may seem somewhat mild for those heavily invested in the divine machinations of Simone’s run. It makes the best use it can of its final chapters, and provides a beautiful send-off with no threads left hanging for readers who have become emotionally invested in Simone’s world of Wonder Woman over the past four volumes.