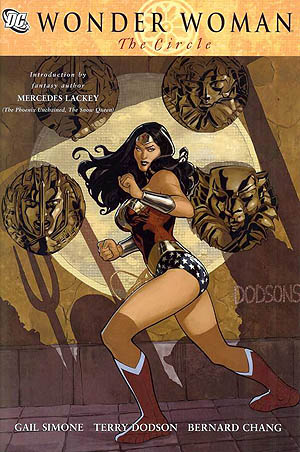 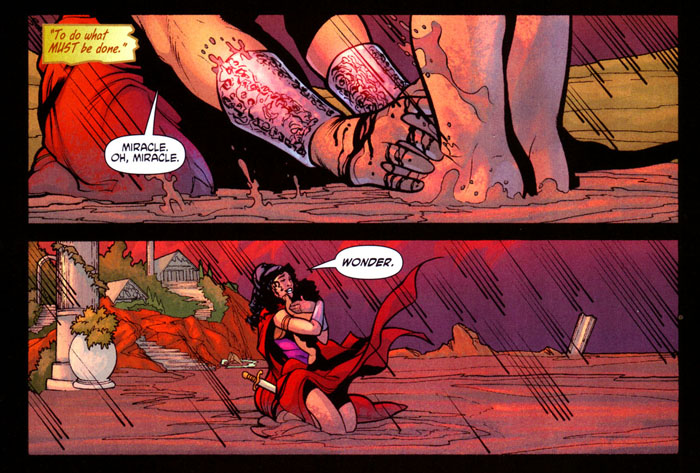 The Circle is the first of five volumes collecting fan-favourite writer Gail Simone’s run on Wonder Woman. The character of Diana/Wonder Woman is often fragmented across different runs, but Simone manages to strike a balance with her – she is a warrior and a diplomat, but both of these sides feel part of the same woman rather than switches to be turned on and off as the plot asks for it.

Though The Circle stands well on its own, Simone’s run is still carrying the baggage of the previous interpretation (see Love and Murder). Diana has a separate mortal form that she takes in order to double as a specifically American secret agent, and the Amazons have been banished from their island by Athena. Simone’s first move is to establish a wider supporting cast – classic Wonder Woman character Etta Candy returns as an intelligence officer, and she gains some new original villains within the Amazons themselves in the form of the titular Circle, former bodyguards of her mother Hippolyta. The continuing art team of Terry and Rachel Dodson is good, in the classic superhero way, with clean lines, and the design choice to make Wonder Woman look muscular, complemented by bold colouring from Alex Sinclair.

The title story arc only occupies four chapters, getting off to a clunky start due to the amount of time required settling itself amongst the continuity debris, and introducing and re-introducing the supporting cast and non-Circle antagonists in rapid fire. When it finally takes off it’s very good. The Circle are great villains, and provide an alternate perspective on life in the Amazons’ Paradise – specifically, on the life they enjoyed before Diana was born. Simone has a strong handle on the sense of the mythical in Diana’s background, and brings it to the foreground by focusing this story on her origins and the Amazons.

We also have a standalone two-chapter story where Diana is required to mediate a dispute among aliens. Though brief, it’s a very strong story due to the intriguing characters introduced, and the moral dilemma they confront Diana with. The art in this section is by Bernard Chang rather than the Dodsons – his style is similar enough, but with a more cartoonish aspect that gives his faces a distinct expressive quality. It’s a great companion to ‘The Circle’ – between them, the whole book emphasises the idea of Wonder Woman as someone who is merciful and forgiving, naturally adept at understanding the perspectives of others, and who views combat as a last resort to be taken only when all diplomatic options have failed.

The series continues in The Ends of the Earth. 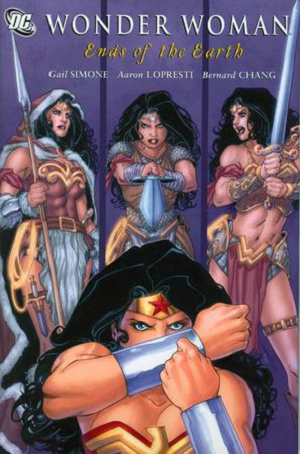 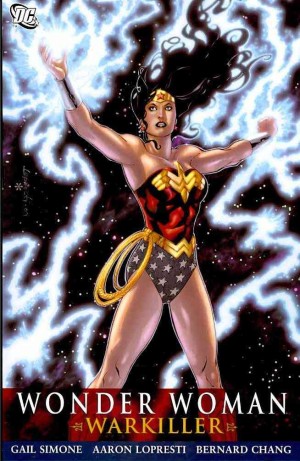